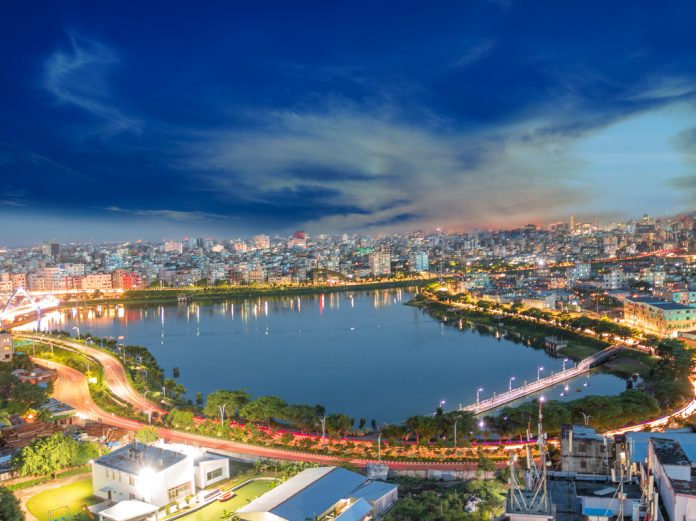 The banking sector is key to the continued growth of Bangladesh, but it has been weakened by non-performing loans. meanwhile, financial inclusion has proven to be the road to poverty reduction.

As Bangaldesh’s economy goes from strength to strength, averaging a 6% growth rate over the past decade and hitting 7.65% in 2017-2018. According to the International Monetary Fund (IMF), the banks’ ability to extend credit at reasonably-priced terms is key to maintaining this momentum. However, “this requires strong balance sheets and efficient operations. In this respect, there is significant room for improvement, given that non-performing loans continue to increase, particularly in the state-owned commercial banks,” said the IMF in its June 2018 report. On the other hand, the capital market, which consists of the Dhaka Stock Exchange (DSE) and the Chittagong Stock Exchange (CSE), remains too underdeveloped to properly fund the investments Bangladesh needs.

The main challenge facing the authorities, particularly the central bank or Bank of Bangladesh (BB), is how to strengthen and streamline the banking sector and develop the capital market. Another priority is to accelerate financial inclusion, which has advanced significantly in the past decade but remains low, with only about 31% of the adult population using banks and other financial institutions, according to the World Bank. The Bangladeshi banking sector is quite complex and dense, with two types of bank that follow a system similar to India’s: scheduled banks, which are licensed to operate under the Bank Company Act of 1991, and non-scheduled banks, which are established for a special objective and cannot perform all the functions of the former.

The 57 scheduled banks have a total of 9,720 branches, according to BB’s latest figures, of which 4,219 are urban and 5,501 rural. Together, they hold 65.7% of all banking assets and 65.2% of all deposits. The SOCBs hold for their part 27% of the total assets and 27.7% of the deposits. Apart from these, there are also 34 non-bank financial institutions, which are regulated and controlled by BB and provide services such as insurance, pawnbroking, check cashing, currency exchange and microloans.

In total, the banks and financial institutions represented 3.45% of GDP for the fiscal year 2016-2017, according to BB. Despite growing slowly but steadily, the banking sector is facing problems of excess liquidity and non-performing loans (NPLs). In a June 2017 report, the IMF said these weaknesses arise mainly from loans to large borrowers who lack incentives to repay and legal limitations that hamper recoveries. According to the Economist Intelligence Unit, “the root of the problem is poor risk management.”1

State-owned banks have for decades lent large amounts to big, influential borrowers and are routinely restructured to permit further lending to the same borrowers. As a result, NPLs have risen sharply by 19.5% between 2016 and 2017, according to BB. As a proportion of the total outstanding loans, defaulted loans accounted for 9.31% in 2017 and 9.23% in 2016.

In its June report, the IMF recommends strengthening banking regulation, moving towards risk-based supervision, and bolstering creditors’ rights. Furthermore it says that “over the medium term, authorities should reassess the need for several SOCBs and their role.”

In terms of capital markets, both DSE and the CSE are relatively small: the number of listed securities at DSE was 563 and at CSE 303 at the end of FY2016-2017. But DSE, which has a total market capitalisation of $44 billion according to the World Federation of Exchanges, has grown by about 50% in the past five years. As a sign that foreign investors are betting on Bangladesh’s economy, it has recently concluded a deal with the Shanghai and Shenzhen stock exchanges, which will buy 25% of its shares, as reported by the Chinese bourses in May.2 At CSE, market capitalisation as of December 2017 was slightly lower, at $39 billion.

In its report, the IMF noted that “the authorities continue to implement their Capital Market Development Master Plan, and with the support of the Asian Development Bank, have made progress, including better regulations and demutualisation of the stock exchange. However, the large issuance of National Saving Certificates (NSCs) still poses an important obstacle to capital market development and needs to be addressed urgently.” The IMF also pointed out that Bangladeshi authorities shared its view “about the crucial role of an effective capital market” and that NSC reform is “a priority.” Reforms are already approved to better monitor NSCs and limit their access.

The third pillar of a sound financial system is financial inclusion. Grameen Bank was founded in Bangladesh in 1983 to provide microloans to unbanked people, particularly women. Bangladesh is the proof that the empowerment of women, which includes giving them access to money and credit so they can farm or start a business, is key in unlocking the potential of developing countries.

In its 2016 book, Beyond Ending Poverty, the World Bank stated that microcredit in Bangladesh accounted for a 10% reduction in rural poverty, which encompassed 2.5 million people, over the past two decades. Today, Bangladesh’s microfinance institutions cover some 32 million people and finance over $7.2 billion annually.

Financial inclusion is now more possible than ever thanks to mobile technology. The mobile wallet app bKash, which has a network of 9,000 retail points, claims it is used by more than 17 million people and handles some 70 million transactions each day. There are now 17 companies offering mobile banking, and the number and volume of transactions grow steadily, although with great disparities between cities and rural areas, where 70% of the population lives.

Strategies to promote financial inclusion are a key part of the central bank’s sustainable growth agenda and are included in its current five-year plan. Furthermore, the government is preparing a National Financial Inclusion Strategy and is holding consultations with a wide range of stakeholders.