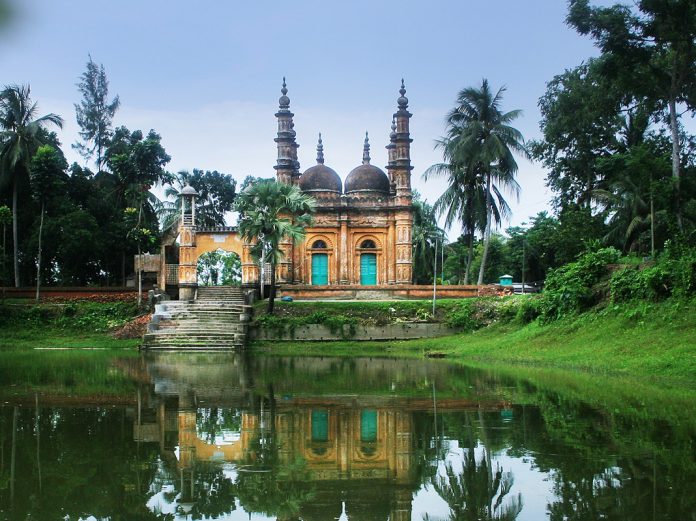 Bangladesh is now hailed as the newest economic miracle on the planet. With a huge population that is acquiring purchasing power, a strategic position in the world’s most dynamic region and careful economic planning that favours inclusivity and sustainability, Bangladesh is asserting itself as an exciting investment frontier.

Bangladesh’s economy has grown at a rate of more than 6% for six consecutive years and is widely recognised as Asia’s most unexpected success story in recent years. Since 2006, it has outgrown Pakistan by roughly 2.5% per year, and in 2018, it is expected to surpass India, although this is also due to the latter’s relative slowdown.
What is remarkable about Bangladesh’s quiet revolution is that it comes not only from the traditional combination in Asia of low wages and a strong manufacturing sector, but also from the fact that it “was driven in large part by social changes, starting with the empowerment of women,” notes the reputable Brookings Institution.

Bangladesh’s population is large, young (over 50% of people are under 25), well educated, skilled and industrious. Furthermore, most people speak English, which represents a huge competitive advantage even in comparison with neighbouring Southeast Asian countries. Labour costs are about half of Vietnam’s and a third of China’s at about $3 a day (compared to $7 in Vietnam, $9 in Indonesia). It is also important to note that this is a largely peaceful and tolerant society, without any of the tensions, ethnic or other, that sometimes flare up in other countries of the region. For investors, this is a valuable guarantee of stability.

The Bangladeshi business environment and trade policies are considered the most liberal and investor-friendly in Asia. There are no prior approval requirements, or limits on equity participation and repatriation of profits and income in most sectors.
In terms of trade, Bangladesh enjoys duty-free and quota-free access to many developed economies, notably the European Union, Norway, Canada and Australia.
Bangladesh has also signed treaties with 28 countries to avoid double taxation. Further fiscal incentives are available in its economic zones, such as tax exemption for 10 years, exemption from custom duties, and exemption from VAT on electricity and local purchases.

Government spending on infrastructure is set to increase according to the current economic plan covering the period between 2016 and 2020. The objective is to reach 21.1% of GDP by 2020, compared to 15.7% achieved in the period 2010-2015.
The plan also sets the target of $9.6 billion for foreign direct investment inflows by 2020, which is six times the current volume ($1.6 billion). This brings significant opportunities for investors, particularly in transport, ICT, energy, water and urban development management. Dhaka’s public spending policy has received the thumbs up from the International Monetary Fund, which in its June 2018 report recommends further public investment to upgrade infrastructure, spur private sector activity and create jobs.

5. A STATEGIC POSITION IN ASIA

As Asia becomes increasingly powerful in the world economic order, Bangladesh can reap the rewards of its geographical position as a gateway to Southeast Asia, a neighbour to the mighty India and a bridge with China, the new economic superpower. Geography has long been a curse for Bangladesh, but it now has a unique opportunity to capitalise on its strategic location to increase trade and connectivity.
Its role in the region is also reinforced by its adroit diplomacy and good relations with its neighbours, and it is increasingly valued by Western powers. Expect a much higher level of intra-regional trade and business in the near future, hence more profits to be made.

With a population of over 160 million and strong economic growth, Bangladesh has the potential to become a significant market in Asia. Authorities are planning for a sustainable and inclusive development: each year, a growing portion of the population acquires spending power, as opposed to growth that would only benefit the few. Per capita income increased to $1,610 in the fiscal year ending in June 2017, from $1,054 five years earlier. Among other factors, Bangladeshis’ purchasing power, notably in rural areas, has increased due to the influx of remittance money from overseas workers.