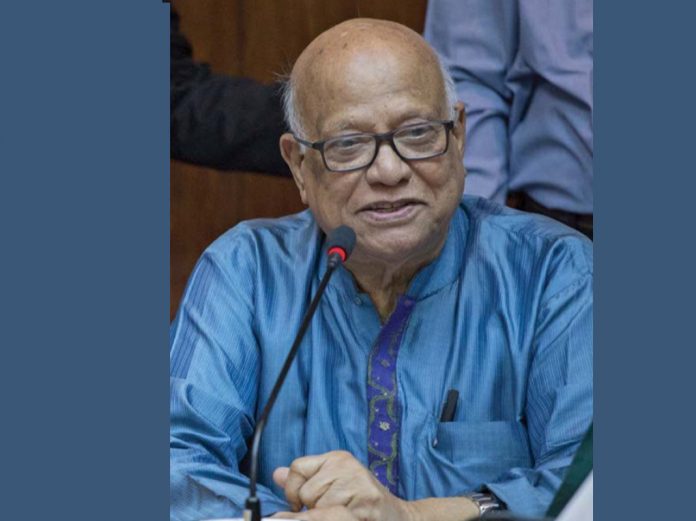 In 2015, World Bank chief economist Kaushik Basu described Bangladesh as “the new Asian Tiger.” How has Bangladesh come so far so fast?

Over the last two decades, Bangladesh has consistently broken records by keeping a steady growth rate of about 6%. In 2016 and 2017 we grew by over 7%, and we expect to reach 7.65% in 2018. Due to this consistent growth, Bangladesh has been able to evolve from being a low-income country to a middle- income one. We expect to obtain full recognition by 2024.

The World Bank, which classifies countries according to their per capita income levels, has considered Bangladesh as a middle-income country since 2015. While we have experienced remarkable growth in recent years, I believe we have the potential to grow at even higher rates. We will accomplish this if we undertake a comprehensive economic and administrative restructuring and continue with our strategies for poverty reduction. I trust the country has the capacity to achieve 8%, even 10% annual growth rates.

You were Minister of Finance during one of the worst global recessions. Bangladesh’s performance still outpaced that of most developing countries. How would you explain this success?

When I took office in 2009, the world was facing a critical moment. We were certain that our exports would suffer and the consensus was that the country would enter recession. As a result, we implemented several measures, led by a plan to boost domestic demand.

Increasing domestic demand consisted of a single policy: reducing poverty as much as possible and lifting people from the below-demand level to the effective-demand one. Back in the 1980s, only around 14% of the Bangladeshi population could be considered effective demand. Today, this figure has increased to around 60%. Throughout the last nine years, reducing poverty has been the main priority of the current government.
In my view, it should continue to be our top priority for the next decade. Although we have reduced the share of the population under the poverty line from 31.5% to 22.4%, there are still 30 million poor people in Bangladesh. In this context, our target is to reduce poverty to 7%, in line with the achievements of Malaysia. I firmly believe that fighting poverty is the best antidote against economic stagnancy.

In Bangladesh, the percentage of the adult population with access to banking services increased from 20% in 2013 to 45%. How is the current administration using information and communication technology (ICT) to achieve broader financial inclusion?

Adoption of ICT in Bangladesh started too late and has generally been slow. However, we recognise that ICT is important and strategic to implementing many of the solutions designed to solve the challenges our country still faces. Back in 2008, Prime Minister Sheikh Hasina expressed her commitment to work together with younger generations and transform Bangladesh into a digital economy. We have since made significant strides and we are still building towards that goal.

When it comes to the financial sector, we are also looking at different ways to take advantage of new technologies to make sure they help us achieve our objectives in terms of financial inclusion and poverty reduction. One of our great advantages is that Bangladeshi people are intelligent and quick to adopt new technologies and innovations. I expect that in a few years, more and more people will have access to banking and mobile-banking services.

What would you say to international investors about the business opportunities available in Bangladesh?

Recently, we have seen significant growth in almost all industries. For example, although agriculture accounts for a modest 15% of our GDP, agricultural production has increased fourfold in a matter of years. Industrial production previously accounted for just 10% of GDP, but today that figure has climbed to 30%. Similarly, Bangladeshi exports have increased from $7 billion in 2009 to over $35 billion. Globalisation is one of the reasons we have been able to make these improvements, as it has opened new markets and new opportunities for collaboration.

Perhaps another advantage we have is that from farmers to industrial workers, Bangladeshis are highly literate and extremely competent. As a country, we have demonstrated that we are very good at value addition. Additionally, the current administration has worked hard to create a conducive environment for investment and development.

Prime Minister Sheikh Hasina has been synonymous with development and has proven she knows how to deliver it. Under her leadership, Bangladesh has seen a steep increase in foreign direct investment inflows. There are about 60 countries in the world smaller than Bangladesh, both in terms of size and population. In other words, we are a large and rapidly expanding market given our population and the rising consumer-spending power. Thus, there is no doubt that Bangladesh is the right place to do business.

You are one of the most experienced and well- respected civil servants in Bangladesh. What has been your trajectory and what do you consider your greatest career achievement?

I pursued my undergraduate and Master studies in English literature. I joined the civil service shortly afterwards. Although literature is a great field for stimulating your mind, I had to pursue further studies in the field of economics to adequately perform my roles in public service. In 1964, I received a Master of Public Administration degree from Harvard University. As you know, in civil service you often move from one ministry to another. However, I stuck to planning and development, and remained in the field of economics for my whole career.

I have held many positions in public service: I joined the Pakistan Civil Service in 1956 and served in different capacities in the governments of East Pakistan, the central government of Pakistan, and then Bangladesh. I was appointed as the Secretary of Planning in 1972 and Secretary of the External Resources Division of Finance and Planning Ministry in 1977. I briefly went into retirement in the early 1980s, but later began working as an economics and development specialist for the Ford Foundation and the International Fund for Agricultural Development.

I resumed work in government in 1982, when I was appointed Finance and Planning Minister. In total, I have worked for well over 25 years as a civil servant and more than 15 years as an international consultant for institutions such as the World Bank Group and the United Nations Development Programme.

As Minister of Finance, I am proud to say that by the time I retire I will have presented 10 consecutive budgets corresponding to two presidential terms.

And as a result, I have had the privilege to witness the completion of most of the projects that began when I took office. It is undeniable that this stability has been a tremendous advantage for the country.

In 2008, Prime Minister Hasina announced that Bangladesh would become a middle-income country by 2021. I am proud that our country achieved that goal in 2015, well ahead of time. In the 2014 election manifesto she envisioned Bangladesh becoming a developed economy by 2041. Right now, the most important goal is to keep working towards that vision.

Empowering individuals, communities and the nation through CSR

Jordan in the Cloud