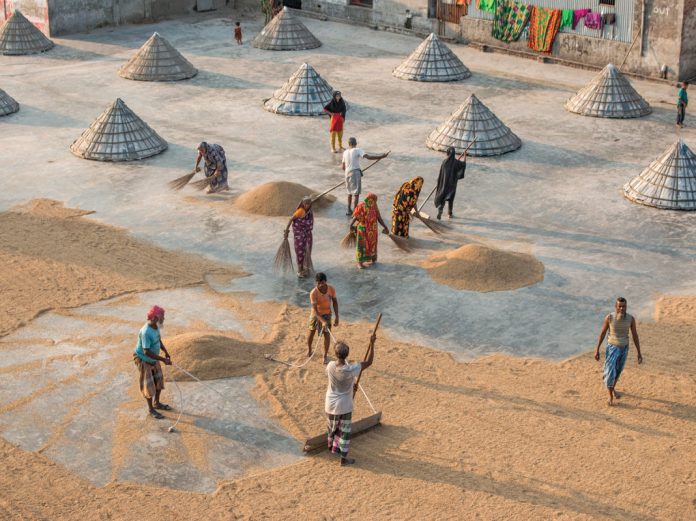 Despite rapid growth in Bangladesh’s manufacturing and industrial sectors over the past decade, agriculture, including fishing, remains one of the country’s most important economic pillars.  Representing 14.2% of GDP and employing 42% of the labour force, the agricultural sector has been a primary driver of poverty reduction in the country since 2000, accounting for 90% of the decrease seen between 2005 and 2015. The impact of the agricultural sector is felt most keenly in rural areas, where nearly two-thirds of all workers are directly employed by the sector and roughly 87% of all households depend on it for at least part of their income.

A sound and consistent policy framework, along with substantial public investment in new technologies and integrated management have aided growth in Bangladesh’s agriculture industry, resulting in commendable progress in food security despite the country’s rapid population growth and natural disasters that have taken place. Between 2008-2017, crop yield per hectare increased from 3.7kg to 4.6kg. Over the same period, the agricultural sector averaged 3.8% annual growth in productivity, one of the fastest growth rates in the world. This is an upward trend the government is confident it can maintain through fostering research for the innovation of disaster-tolerant crops. In parallel, Bangladeshi agricultural exports have grown to $1.6 billion per year today, roughly equivalent to 5.7% of the country’s total export earnings.

Rice is one of the success stories of Bangladeshi agriculture, with production tripling since independence in 1971. The Bangladeshi Green Revolution, based on the adoption of high-yielding varieties, fertiliser and irrigation, produced a stepwise increase in yields, as average paddy production rose from 2.5 tonnes per hectare in 1990 to nearly 4.5 tonnes for hybrids over the last decade. The United Nation’s Food and Agriculture Organisation (FAO) puts 2017’s aggregate paddy production at 50.8 million tonnes. Additionally, Bangladesh’s fertile soil and normally ample water supply means rice can be grown and harvested three times a year in many areas.

Maize is also a story of spectacular growth in recent years, driven by expanding poultry and aquaculture production. According to the FAO, maize output in 2017 is estimated at 3 million tonnes, 6% above the high reached in 2016, supported by an increase in plantings and yields. Similarly, the 2017 minor winter wheat crop is estimated at 1.4 million tonnes, showing a 6% increase year-on-year.

Even faster growth has been registered in fisheries, particularly in aquaculture. Bangladesh is considered one of the most suitable regions for fisheries in the world, with the largest flooded wetland and third largest aquatic biodiversity in Asia after China and India. Over the past decade, the sector has grown by an average of 5.3% per year, and fisheries now accounts for 3.69% of total GDP and 22% of agricultural GDP. The aquaculture industry has spearheaded this growth, and Bangladesh produces 2.5% of the world’s shrimp. From 2000 to 2016, aquaculture production increased from 712,640 to 2.06 million tonnes, to represent 55% of the sub-sector’s total today. This makes Bangladesh the fifth-largest aquaculture producer on the planet. In parallel, there has been an increase in the value of fishery exports, from $443 million in 2010 to more than $636 million in 2015, which makes the sector the second most important contributor to Bangladesh’s export earnings.
Moving up the value chain, Bangladesh’s processed food industry now accounts for approximately 12.3% of all manufacturing production with an estimated annual value of $8.3 billion. There are nearly 246 medium-sized food manufacturing enterprises in the country processing baked goods, confectionery items, fruits and vegetables, cereals, dairy goods, fruit juices, and various other foods and beverages. The vigorous growth of the country’s middle-class population will likely see this sub-sector witness hefty expansion in the coming years.

Looking forward, the main challenge for agriculture is to consolidate the growth that has been achieved over the past 20 years, particularly in the face of declining arable land. For rice production, paddy yields need to increase to the levels achieved by regional counterparts like Vietnam and Indonesia, which will require further investment in infrastructure and technology. Faster and more inclusive rural growth with job creation will require greater agricultural diversification together with more robust rural non-farm enterprise development. A shift in production from rice to higher-value crops will trigger more rapid growth in incomes and create more and better on-farm and non-farm jobs, especially for women and young people. Improved credit facilities are required to promote private initiatives for small and medium-scale agribusinesses in processing and packaging. There is also scope for adding value through agro-processing of agricultural commodities.
The World Bank believes Bangladesh has great potential to raise agriculture-generated incomes, increase agriculture productivity, make it more resilient to climate change and improve the nutritional value of crops.

In addition to crop diversification into high-value agriculture, fisheries offer tremendous potential. Despite Bangladesh’s long coastline, and large freshwater and marine water bodies, fisheries are underdeveloped compared to other industries. In the same vein, though inland fisheries production has escalated over the years, productivity per hectare of water area is not yet at its optimum level.