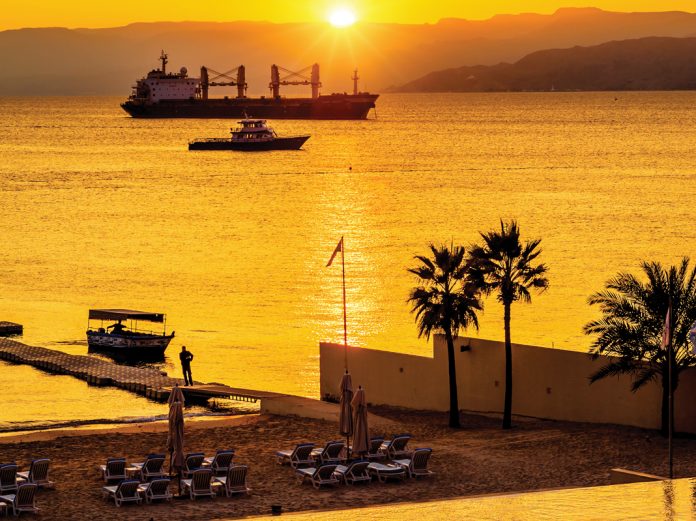 A plethora of special zones and industrial estates offer investors infrastructure and business advantages while creating employment throughout Jordan.

Jordan’s territory is peppered from north to south with special zones and industrial estates that offer businesses the infrastructure they need, such as land and ready-to-use factory buildings, water and electricity, as well as access to transport and communication networks. More importantly perhaps for entrepreneurs seeking to maximise their investment, they offer a range of incentives.

The first of these special zones were set up in the 1990s under a US-sponsored scheme involving Israel, Egypt and the Palestinian Authority in the wake of the 1994 Jordan-Israel Peace Treaty. Named Qualified Industrial Zones (QIZs), they offered the specific advantage of being able to export to the US, duty and quota-free, provided the product included inputs from the countries involved in the scheme. Since then, QIZs have sprung up around the country and there are now 13, containing more than 50 factories.

Following the success of the first QIZs, Jordan was quick to roll out a solution for growth and employment that was gaining ground throughout the world: creating clusters of enterprises in specific zones where common fiscal rules and other constraints imposed on companies are lifted and replaced by preferential treatment.

Nowadays, hundreds of companies operate in Jordan’s special zones and industrial estates, accounting for a significant share of exports and of the job market. The advantages these zones and estates offer mainly centre around lower corporate tax, duty free access, the repatriation of capital, exemption on income taxes, social services taxes, building and land taxes, and exemptions or reductions on most municipalities’ fees.

The main areas where they are concentrated are Amman, Aqaba, Irbid, Mafraq, Zarqa, Ma’an, and Al Karak. The government has in fact been careful to extend the special zones and industrial estates throughout the territory to generate wealth and jobs as evenly as possible.

However, Aqaba is by far the largest and most dynamic area economically, as it benefits from access to the sea and connections with the MENA region, Europe and Asia. The Aqaba Special Economic Zone, an independent jurisdiction, has attracted businesses as well as hotel and property developments for a total of over $8 billion.1 A key operator within the special zone is the privately-managed
PBI Aqaba Industrial Estate, which registers a growth in local and foreign investments exceeding $500 million, and has created more than 1,500 jobs, 60% of which were for the local workforce.

The Jordan Industrial Estates Corporation (JIEC), a semi-governmental organisation, owns six public industrial estates in Irbid, Karak, Aqaba, Amman, Ma’an and Muwaqar. JIEC also has five new zones planned, which have already bagged more than 200 business projects and $650 million in investment. The number of companies in the estates is 860, with a $4 billion investment volume. They have created 47,000 job opportunities and the value of its exports has reached $2 billion.2

In accordance with the new principle of streamlining public entities to make them more effective, the Jordan Free and Development Zones Group is the result of a recent merger between the Jordan Development Zones Company and the Jordanian Free Zones Corporation under the general authority of the Ministry of Finance. “For the government, it is very important to simplify business practices,” notes Eng. Ahmad Halaiqah, General Manager of the group. “Whether we look at the free zones or the development zones, we are in fact looking at investment zones. What unites us is that the incentives and exemptions are similar.” The group now manages a total of 45 facilities, both public and private, and is currently finalising a free zone at Queen Alia International Airport which is close to one million square metres in size.

With the proliferation of estates and special zones in the kingdom over the past two decades, the government is now keen to pull them up the value scale by fostering proper industrial ecosystems, where companies operating in the same sector can cross-fertilise and work in synergy with each other.

Challenges and opportunities in the energy sector