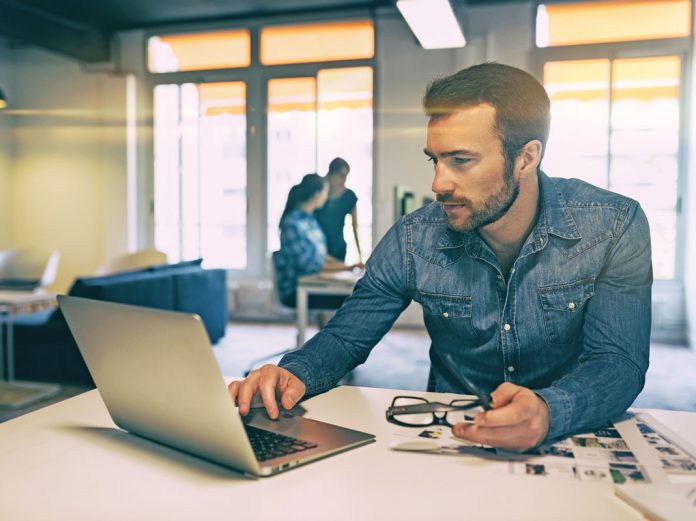 In recent years, Jordan has emerged as a regional tech hotbed. Now the race is on to create a fully digitalised economy by 2025.

The success of Jordan’s ICT sector as a regional digital leader and hotbed for tech start-ups has its roots in a government initiative from 2000 called Reach, says Mr Nidal Bitar, who heads up Intaj, the sector’s advocacy group.

At that time ICT employed just a few thousand people working for a scattering of companies. Reach aimed to transform Jordan into an ICT hub, and as a result of the initiative, two key bodies, Intaj and the Ministry of ICT, were formed to bring this about.

“We started with research, studies and diagnostics of what was happening in the sector in Jordan, and what the needs were. Since then, ICT exports have risen from $50 million to $200 million, and the sector now employs more than 16,000 people. These are significant increases,”

Today, the country is a success story in ICT. The sector contributes 12% of GDP, generating billions of dollars each year for the Jordanian economy, and attracting an average of $150 million in annual investment. The country boasts more than 600 active technology companies, including 300 start-ups and a number of top international firms. Infrastructure development is advanced, and the rollout of the national fibre network is well underway. Orange Jordan dominates in the landline market, and along with Zain Jordan and Umniah, is also a main player in a competitive and mature mobile market, which is now preparing for the next wave of 5G and IoT/M2M developments.

The digital financial services industry has taken great leaps forward, with support from the country’s central bank, which has spent the last five years developing the legal framework and infrastructure for e-payment systems, tackling one of the largest impediments to e-commerce development in the Middle East. An Electronic Transaction Law was passed to facilitate and support e-payment and electronic signature applications, coinciding with the rollout of Near Field Communications mobile payment terminals across the country by MasterCard and a number of partners.

Perhaps most interesting, however, is Jordan’s emergence as a technology start-up hub for the Middle East, which the 2000 Reach programme helped make possible through its focus on ICT education and efforts to create a regulatory environment conducive to investment. Due to its small market, most of Jordan’s start-ups focus on the wealthier Gulf Region, and IT export revenues reached record highs of $324 million in 2013. This has since helped to attract greater amounts of international capital eager to tap into this market.

Most of Jordan’s start-ups focus on the Gulf Region, which attracted international capital eager to tap into this market

In 2016, a new Reach 2025 initiative was put in place to transform Jordan into a digital economy in the next decade. This second programme includes the same cross-agency collaboration that produced the successful results of the first. “Intaj is an entity that includes the telecoms and the software companies, who have intellectual property products to serve the sector and the economy, but we cannot enforce the digitalisation of the economy by ourselves, so we are working with all players, especially with the Ministry of ICT and the Telecom Regulatory Commission,” Mr Bitar explains.

A six-way approach is being employed to fulfil Reach 2025’s objectives. In addition to the development of human capital, it includes further improvements to the business environment. “We have a list of the issues that need to be improved in terms of policies and we have been informing the government, as well as working with other stakeholders, to make them happen. For example, we still don’t have an e-commerce law, but a few months ago, new laws concerning venture capital, flexible hours, and working from home for start-ups were issued, so there has been a lot of progress,” adds Mr Bitar. Improvements in the regulatory environment in 2016 heralded the arrival of Expedia and other US companies.

Intaj is also promoting the use of ICT in other sectors, such as finance, insurance, health and education, to advance new technologies such as 3D printing, the Internet of Things, artificial intelligence and cloud computing, while working to increase access to financing for the start-up community. It also promotes Jordanian products abroad. With this aim, the association has created a website (www.IPReach.jo) to showcase the IT solutions of the country’s software companies, and Intaj participates in trade missions around the globe.

“Jordan already has the strengths. For example, it is considered one of the best countries in the region in the gaming industry, especially when it comes to localisation with Arabic content. So, last year we took a few companies to San Francisco to a conference on the gaming sector. We also participated in the Jordan Japan Forum for gaming companies,” says Intaj’s chief.

The digitalisation strategy also aims to provide further support for Jordan’s start-up ecosystem, including its accelerators.

“We believe that entrepreneurs and start-ups are the drivers of the digital economy. The entrepreneurship and start-up ecosystem in Jordan has been evolving and improving year after year, especially since 2009. Oasis500 added huge value as an accelerator for start-ups.”

Last November, Intaj launched its 1000 Entrepreneurs National Initiative, part of Reach 2025, to help turn the new ideas of its entrepreneurs into viable ventures, while the Central Bank of Jordan has recently announced a partnership with the World Bank Group to create a new $99-million Innovative Start-ups Fund.

A framework for sustainable growth

Special Treatment – Infrastructure and business advantages for investors in Jordan