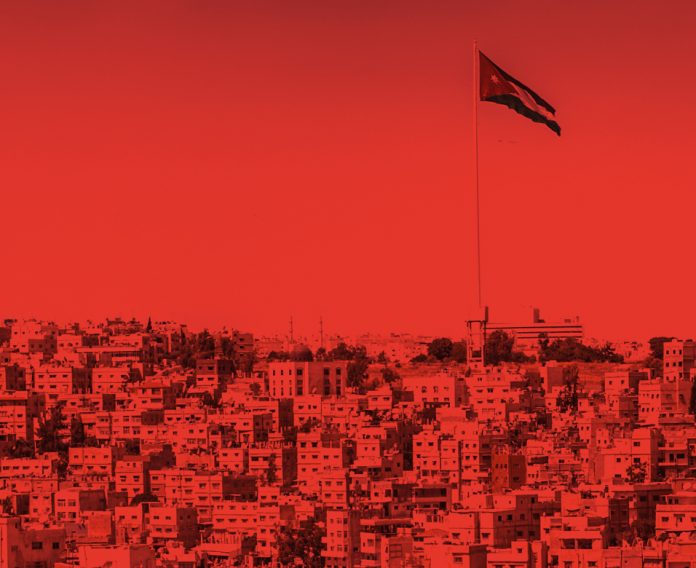 The European Bank for Reconstruction and Development has made it its business to invest in Jordan, helping the kingdom flourish in areas like energy, infrastructure and innovation.

THERE IS NEW HOPE in the Middle East and it goes by the name of the European Bank for Reconstruction and Development (EBRD). The bank’s first investment in the region was the 240MW Al Manakher power plant in Jordan in 2012. Six years later, and on the back of a billion dollars in investment in the country, EBRD’s shareholders approved the beginning of operations in the West Bank and Gaza as well as in Lebanon, where it hopes to recreate the significant impact it has had in Jordan in the few short years of its presence there.

“The relationship with Jordan has been exemplary. Since the beginning, the government has been very supportive, and they asked to become a country of operations, which led to the shareholders’ approval,” states Dr Heike Harmgart, EBRD’s Head of the Eastern Mediterranean Region. “At the time, it still wasn’t clear what we could do or how the relationship would evolve, but I have to say that it’s been a great collaboration with the Jordanian government and there has been tremendous openness to work with us and engage the private sector.”

In line with its focus on producing better governed, more inclusive and greener economies, ERBD’s activities in Jordan have been largely directed towards renewable energy, as well as regulatory reforms to boost the business climate. The bank’s rollout of a major programme of renewable energy, with particular focus on solar power, now comprises 45% of its portfolio in the country. In 2017 alone, EBRD financed 145MW of renewable generating capacity in Jordan, which has brought its energy financing total since 2012 to more than 1.1GW of generating capacity. The kingdom, for its part, has ensured a stable and reliable regulatory environment for the budding renewables industry.

Not only have these investments contributed to reliable power supply for Jordanians, but they have also had a positive secondary impact in the creation of a cadre of experienced Jordanian engineers, who are now being sought for their expertise throughout the region. “Jordan is very good in terms of engineering capacity, and a comparative advantage for Jordan comes from pre and post-production skills — environmental assessments, engineering, maintenance, the choosing of sites, and all the background support behind the installation of solar energy,” Dr Harmgart points out. “This is a quality service Jordan can offer, and which can be exported throughout the region. In Egypt, for example, we have seen several joint ventures with Jordanian companies. In fact, Jordanian engineering companies are supporting renewable energy projects across the Middle East, creating a mature environment for the growth of the sector.”

In light of the Syrian refugee crisis, ensuring energy stability and access to sanitation and clean water have recently assumed even greater importance for the EBRD in Jordan. The massive influx of refugees has put an enormous strain on public infrastructure and services. In response, EBRD adopted a €225 million Municipal Resilience Refugee Response Framework in 2016 to develop and finance solid waste and waste water treatment facilities. Projects have commenced in Amman, Ain Ghazal, West Irbid and East Zarqa, with more planned for the coming year.

Dr Harmgart says Jordan’s willingness to open its borders to Syrians fleeing the conflict at home must be supported. “Through helping refugees, Jordan is providing a global public good,” she remarks. “As a German, I fully support the decision of the Chancellor of my country, for example, to open our borders. It hasn’t been an easy decision. For Jordan — such a small country in comparison to Germany in terms of economic capacity — to host 1.3 million Syrians is astonishing. The international community has stepped up, but they haven’t fully absorbed the cost, so what we have been doing is financing vital infrastructure. We are trying to help make it more affordable for Jordan to develop the infrastructure it needs to support communities and refugees alike.”

In fact, EBRD has recently been asked by the government to invest in the development of the infrastructure of public schools, as many staff members are now doing double shifts in order to take in new children — a task which has significantly increased electricity and water consumption, an area that EBRD can support.

Furthermore, significant efforts by the EBRD have been directed towards the private sector, including SMEs, and to facilitate non-sovereign financing. “Normally we finance both the private and public sector, and generally the split is 75% private and 25% public, but here in Jordan, it has been 90% private. The government has been very supportive of this,” explains Dr Harmgart.

“We have seen that for both general economic growth and employment, the private sector should support SMEs,” she adds. “To that end, we are working with five local banks to provide long-term funding and technical assistance for them to develop products for SMEs. We are also working with SMEs to help them access finance, and to match them with local or international consultants through our advisory programme. This platform is very useful for helping them identify improvements to make them more attractive for bank funding. Over 200 SMEs have benefitted from this programme to date, and we want to expand the programme to include start- ups.”
EBRD is also funding micro-financing institutions including Microfund for Women (MfW) in Jordan. “We are very excited about this project, which includes female Syrian refugees. Many refugees and women in rural areas are encountering difficulties to start their own companiesinJordanoreventofindemployment, so we have given $2 million to those micro- finance projects to help them thrive,” says Dr Harmgart.
Spurred by its success in Jordan, EBRD plans to expand into neighbouring countries, which is a development with potentially powerful implications for the region. “We received a letter from the Palestinian government in 2015, saying the West Bank and Gaza wanted to become an area where EBRD lends and operates,” Dr Harmgart says. “In May 2017, we were approved for expansion to the West Bank and GazaandwesignedourfirstprojectwithCairo Amman Bank Palestine in March 2018.”

As the West Bank and Gaza is not a member of the IMF, EBRD has had to shelve its normal operating procedure, and create a trust fund through which it can finance its activities there. The fund currently holds $30 million designated for the West Bank and Gaza, and additional funds will be added this year. Last September, EBRD also approved Lebanon as a country of operations, and hiring is underway for a Beirut- based team. Jordan will remain the hub for EBRD’s regional expansion.

Regional cohesion is critical for continued economic growth, particularly for Jordan. While the kingdom has always demonstrated immense resilience, pushing forward with reforms to improve its business environment, the conflicts around it have hindered its growth with interruptions to trade routes and the closure of borders.

“A country like Jordan has to grow at 4 or 5% to generate sufficient jobs for its youth,” Dr Harmgart points out. “There are a few key elements which could unblock more growth here. First, the opening of the border with Iraq which will have a great impact on exports. Secondly, and despite the ongoing conflict and the political uncertainty, some companies have reached out to us over the past two or three months to invest in Syria. It seems that, from the Jordanian side at least, people are optimistic. Eventually there will be a solution, and this will be a great window of opportunity for Jordan.”

His Majesty King Abdullah II of Jordan: A King with a...