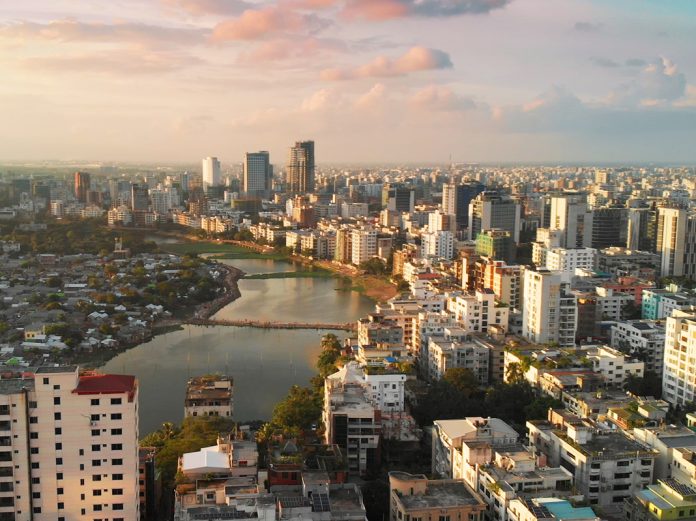 Over the last ten years, Bangladesh has engineered a spectacular turnaround in its development. High, consistent economic growth as well as strong social policies have made an unexpected success story of this Asian nation.

This March, the United Nations Committee for Development Policy announced that Bangladesh had successfully met the criteria to graduate from Least Developed to Developing Country status.

The decision was based on Bangladesh’s progress in three key areas: per capita gross national income, education and health index and its resilience to economic and environmental shocks. When the status is formally granted in 2024, Bangladesh will have the same economic ranking as Mexico, Turkey and India.

This is a remarkable achievement for a country that gained independence only 47 years ago. Over the past decade, Bangladesh has consistently ranked among the top 10 nations worldwide in economic growth, with GDP growth averaging 6% since 2005 (reaching 7.1% in 2016). Between 2009 and 2017, the economy increased from $100 billion to $250 billion, a staggering 150% expansion.

Few developing countries have been able to maintain growth of this sort over such a prolonged period. Bangladesh has established itself as one of Asia’s most unexpected success stories, and its trajectory is drawing increasing international interest. Not so long ago, it was one of the poorest regions of Pakistan; it overtook that country in economic growth in 2006 and has since exceeded Pakistan’s annual growth by some 2.5 percentage points per year. By 2020, experts predict Bangladeshis will have a higher per capita income than Pakistanis. Bangladesh even looks set to exceed India’s growth this year.2

The young nation accelerated its development by embracing technology and the digital age. The government’s Digital Bangladesh programme has extended internet access and government services across the country, and 145 million of an estimated 166 million population are mobile- phone subscribers. In just the past six years, there were nearly 59 million new subscribers, according to the CIA’s World Factbook.

In the meantime, recently released data from the World Bank shows that among Bangladeshi adults with bank accounts, 34.1% made digital transactions in 2017, compared to an average rate of 27.8% for South Asia.

Bangladesh has also diversified its economy, reducing economic vulnerability. Though its early growth owed much to the success of its garment manufacturing industry, now other

industries are flourishing, including aquaculture and online services. The garment industry, which represents 80% of exports totalling $28 billion in 2017, is also diversifying; today, high-end sportswear produced in Bangladesh can be found in Europe’s trendiest stores. Additionally, recent improvements in energy infrastructure, including the start of liquefied natural gas imports in 2018, are helping to eliminate a key bottleneck to future growth.

Furthermore, since independence Bangladesh has reduced its incidence of poverty from over half of the population to less than a third, achieved Millennium Development Goals for maternal and child health, increased life expectancy and literacy rates, and made significant progress in food security. The World Bank states that average life expectancy in the country is now 72 years, compared to 68 years for Indians and 66 years for Pakistanis.

Simultaneously, the country’s rapid economic expansion has lifted millions of Bangladeshis out of poverty.3 Growth in employment and average income has been a major contributor to this reduction. Since the mid-2000s, per capita GDP has increased by 4% to 6% per year,4 and by 2015, the country had reached lower-middle-

income status. By 2018, it had fulfilled all three eligibility criteria for graduation from the UN’s Least Developed Countries list for the first time and is on track for graduation in 2024.

Throughout this period of economic expansion, Bangladesh stands out for its constant focus on progressive social policies. Access to healthcare, education and basic infrastructure has improved. Between 2000 and 2016, primary school enrolment increased from 80% to 99% and secondary school enrolment rose from 45% to 54%. Bangladesh has successfully achieved gender parity in primary education, with 99.4% of all girls attending school, and the country’s adult literacy rate hit a 12-year high in 2017.

Prime Minister Sheikh Hasina has made empowering women a priority. Development programs by BRAC — an international development organisation based in Bangladesh and one of the largest non-governmental development organisations in the world — as well as Grameen Bank have improved work opportunities for women living in rural areas. Under the prime minister’s administration, women have assumed high positions in government, business and labour organisations. Last year, the World Economic Forum ranked Bangladesh first in gender equality among South Asian nations for the second consecutive year.

As it moves forward, Bangladesh will continue to address the new demands for energy, transport and urbanisation brought about by economic expansion. In collaboration with the Asian Development Bank, the government intends to continue to diversify the economy for industrial development, transform the rural economy and develop better rural-urban linkages to ensure inclusiveness. Strategic plans are in place for the development of economic corridors to position the country well in regional and global value chains, including further development of the Dhaka- Chittagong industrial artery, extending to Cox’s Bazar in the southeast, and the development of the southwest economic corridor from Dhaka.

The World Bank has identified job creation as a top development priority: Bangladesh needs to create more and better jobs for the two million youths entering the job market every year. However, with the right policies and timely action, the country will not only move up to the middle-income bracket but will continue its unexpected evolution into a vibrant South Asian hub.

The Finaces of Efficiency and Inclusion