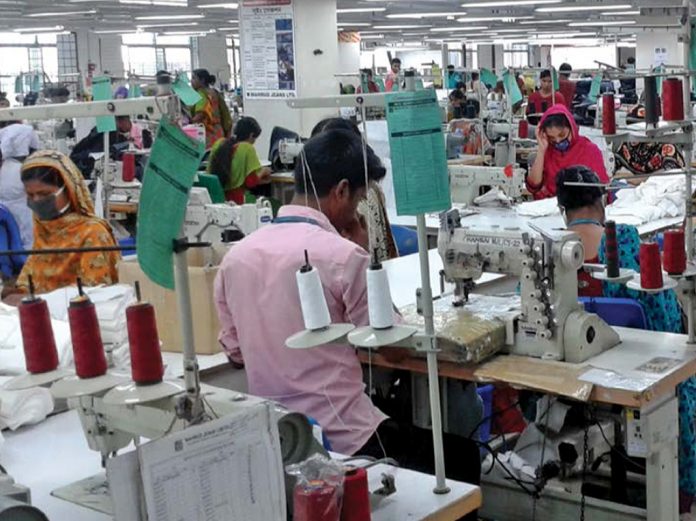 Bangladesh’s economic boom owes a great deal to its garment industry. however, the country needs to diversify its manufacturing base and export earnings.

Garments, and particularly ready-made garments (RMG), have been a phenomenal engine of growth for Bangladesh. Today, the country is the world’s second largest RMG producer after China, according to the World Bank, and apparel comprises 83% of Bangladesh’s exports. It hosts around 5,000 RMG factories which employ more than four million workers. The Bangladeshi garment sector represents 6.2% of global clothing exports behind China, which retains a whopping 40% of the total according to a study by the Hong Kong Trade Development Council (HKTDC).

“The country’s overall economic progress has followed its success in the garment sector, and Bangladesh has made strong headway in reducing poverty. In fact, it has more than halved the percentage of people living under the $1.90 poverty line since 1991,” notes the World Bank. With a per-capita income of about $1,300, Bangladesh has highly competitive wages and is regarded by many as one of Asia’s final production frontiers, says HKTDC. Indeed, low labour costs explain in large part the success of the garment industry, although they are not the sole factor. At $68/month, the minimum wage here is lower than China, Indonesia, Vietnam and even neighbouring Myanmar, according to official statistics. Furthermore, the country’s huge working-age population of 80 million makes Bangladesh a prime location for relocating labour-intensive industries from other parts of Asia, including China, where wages have soared in recent years. Furthermore, Bangladesh’s RMG industry is reputed to be mature, with well-established buyer-supplier relationships, industry knowledge and compliance. “Unlike many South-East Asian alternative production bases, such as Cambodia and Vietnam, where foreign-invested companies dominate the manufacturing industry, Bangladesh’s RMG sector has a considerable level of local company participation.

Bangladeshi RMG manufacturers are also articulate and competitive operators, with rich experience in doing business with international buyers,” states HKTDC. However, Bangladesh is now at a crossroads, as it needs to diversify its industry and reduce its heavy dependence on the garment sector.

“Bangladesh’s achievement in ready-made-garments is remarkable. However, dependence on a single sector for the majority of export earnings is risky. To sustain economic growth in the current global landscape, we need to improve the competitiveness of several other promising sectors and diversify our export basket,” said Md. Obaidul Azam, joint secretary of the Ministry of

Bangladesh has competitive advantages in all these sub-sectors, but there are challenges ahead, such as the shortage of skills, the need to upgrade the country’s communication and transport infrastructure, and progress to be made in meeting international standards and compliance, concludes the World Bank.