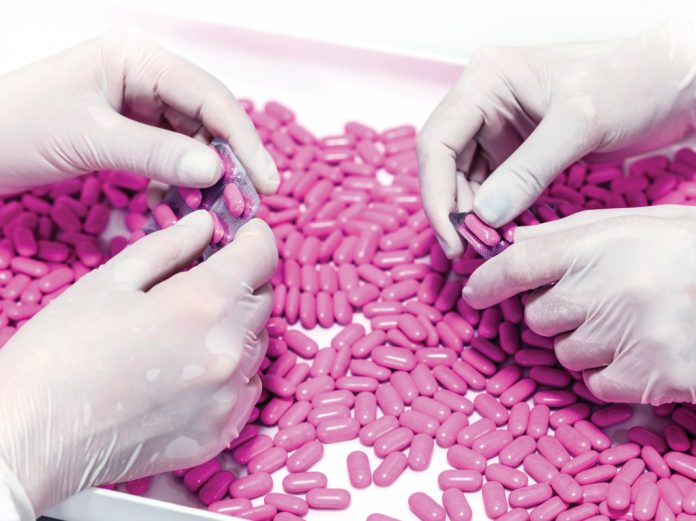 Diversification away from the garment industry is at the top of the agenda for the manufacturing sector. The pharmaceutical industry offers exciting opportunities for investment and exports.

With an average 13.5% annual growth over the past five years and the potential to grow by up  to 15% per year over the next five, according to reports by two leading Bangladeshi financial companies,1 the pharmaceutical industry is Bangladesh’s strongest asset in its efforts to reduce an over-dependence on the garment industry. Both the government and industry leaders hope to emulate India’s phenomenal record of a 30-fold growth in this sector.

According to the Bangladesh Bureau of Statistics, the pharmaceutical sector represents just under 2% of GDP, with a domestic market valued at $2.2 billion in 2017. The industry forecasts it will reach $3.9 billion by 2024. One of the main characteristics of the market is that it is almost entirely in the hands of about 150 home-grown companies, which meet 97% of the demand through state-of-the-art production facilities and national distribution networks. Furthermore, it is highly concentrated: as of June 2016, the top five companies — Square Pharmaceutical, Incepta, Beximco, Opsonin and Renata — held 48.2% of the market, while the top ten held 69.1%.

On the other hand, holding only 10.5% market share, multinational companies led by Radian, Sanofi and Novo Nordisk focus on a narrow range of specialised products such as anti-cancer drugs.  Several factors are behind the success of the Bangladeshi pharmaceutical industry. The first is the country’s strong economic growth, which means that an increasing number of Bangladeshi citizens have enough means to spend on health. This trend will only continue as the country progresses towards middle-income status.
Another trend is the gradual ageing of the population. As of today, it is very young with about 50% under the age of 25. But by 2036, 25% of the population will be over 50 and with greater health needs. The pharmaceutical industry also forecasts that there will be a shift in disease profiles, with a rise in non-communicable and chronic diseases.
The domestic pharmaceutical industry has also benefitted from a conducive legal environment: the 1982 Drug Control Ordinance bans foreign companies from selling imported pharmaceutical products in the country. Furthermore, the relaxation of the World Trade Organisation’s agreement on Trade-Related Aspects of Intellectual Property Rights (TRIPS) allowed Bangladesh, as a then least-developed country (LDC), to reverse engineer patented generic drugs. The relaxation of TRIPS for LDCs has been extended to 2032.
Lastly, the industry, which already exports to some 150 countries, is set to increase its international presence by tapping into the hungry generic drugs global market. As of fiscal year 2016-2017, Bangladeshi pharmaceutical exports stand at $89 million, but they are forecast to grow by 9% this year, according to the Export Promotion Bureau.

Healthcare providers are increasingly endorsing generic drugs and Bangladesh can capitalise on this trend to penetrate markets in the US, Germany, France, the UK and Japan, says asset-management firm LR Global. Worldwide generics sales were valued at $168 billion in 2013 and are expected to reach $380 billion by 2021.
“With backward integration [the acquisition of or merger with suppliers throughout the production chain], quality research and skilled human resources, Bangladesh’s pharmaceutical industry can emerge as a world leader in producing off-patented generics medicine,” forecasts LR Global.

Emerging markets are also promising for Bangladesh’s exports: their spending on pharmaceutical products stood at $249 billion in 2015 and is expected to reach $345-$375 billion by 2020. “While most of the emerging markets in the low- and middle-income countries are dominated by multinational pharmaceutical companies, Bangladeshi companies have the capacity to penetrate them,” notes LR Global.

Keen to promote the sector and to reduce the country’s vulnerability to price fluctuations in raw ingredients needed for the industry, the government is building a brand new Active Pharmaceutical Ingredient park in Munshiganj, near Dhaka. There will be 41 plots available for 27 companies under a public-private scheme. First penned in 2008, the park is scheduled to be fully operational by 2020, enabling companies to source ingredients locally and become even more competitive.

A framework for sustainable growth