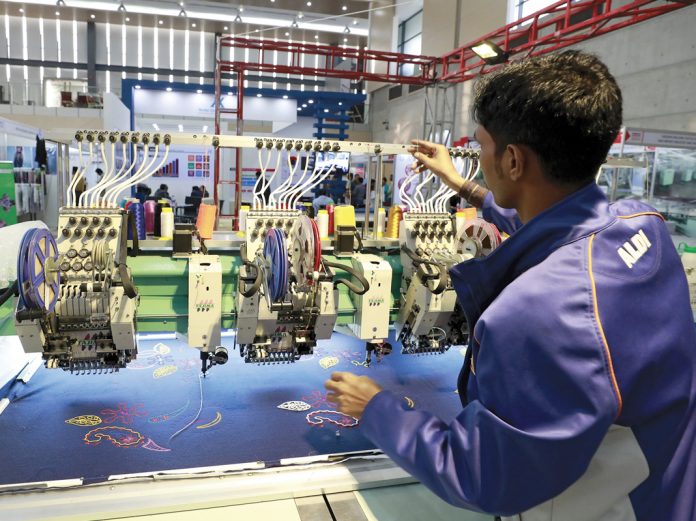 The garment industry in Bangladesh has been the biggest contributing factor to its spectacular growth. It is now undergoing a shift towards more value-added, ethically-made products.

In the 1983-1984 fiscal year, Bangladeshi garment sales abroad were worth $31.6 million, representing 3.9% of its total exports, according to the Bangladesh Garment Manufacturers and Exporters Association (BGMEA), which encompasses the majority of the ready-made garment (RMG) sector with some 4,300 members. By 1989-1990, sales had risen to $624.2 million and 32% of exports, and in 2017-2018, the total reached $30.6 billion and 83.4% of exports. These figures illustrate the phenomenal rise of the Bangladeshi garment industry, which has played a central role in pulling the economy out of poverty and into lower-middle income status.

All the major Western brands trade with Bangladesh, whose exports go almost exclusively to the European Union (60% of the total) and the US (31%), thanks in part to preferential trade agreements. As a result, many foreign buyers have set up offices in Dhaka. Another characteristic of the industry is that it is largely home-grown. A key success factor over the past forty years has been the low level of wages in Bangladesh, compared to the rest of Asia. But this model, which has allowed millions of people to get out of poverty, is not sustainable in the long term, and both the Bangladeshi authorities and the industry are now seeking to move up the value chain. This means making more value-added products and modernising the industry, including working conditions.

All the major Western brands trade with Bangladesh, whose exports go almost exclusively to the European Union (60%) and theUS (31%).

In 2013, Dhaka’s Rana Plaza — a building that housed several garment factories — collapsed, killing 1,136 people. This tragedy was a turning point. It led foreign fashion brands, under pressure from their customers back home, to demand better working conditions from Bangladesh. In the wake of Rana Plaza, more than 200 foreign brands signed up to two different safety schemes: the Bangladesh Accord on Fire and Building Safety and the Alliance for Bangladesh Worker Safety. They promised to spend tens of millions of dollars to improve factories. Furthermore, the major Western retailers are now part of the Ethical Trading Initiative, an alliance of companies, trade unions and non-governmental organisations that promotes respect for workers’ rights around the globe. Also following the incident, the government of Bangladesh, the International Labour Organisation, the EU and the US engaged in a joint initiative for continuous improvements in labour rights and factory safety in the industry, commonly referred to as the Bangladesh Sustainability Compact.

The compact’s goals are included in the government’s development strategy. In their May 2017 report, the partners recognised: “Progress in several areas, including recent increase in trade union registrations, work towards the development of standard operating procedures to better process applications for trade union registration, investment in factory safety and the introduction of the concept of workplace cooperation.” There is still room for improvement and a public debate is going on locally and in the international textile sector as to whether working conditions, including wages, have effectively improved in Bangladesh over the past five years.

However, it is generally agreed that the only way out of the low-wage/cheap-manufacturing business model is to improve the quality of products and modernise production methods.
“Western consumers are increasingly asking for sustainable products manufactured following environmental and ethical standards. How can we stay in the business under such circumstances? How do we brand our textile and fashion industry and respond to the changing needs of Western consumers in terms of sustainable production methods? Over the next decade, Bangladesh will strive to further develop its competitiveness and gradually move towards value-adding services and sustainable production methods to stay ahead of the competition,” says Mostafiz Uddin, managing director of clothing manufacturer Denim Expert, as well as CEO of the trade body Bangladesh Apparel Exchange and Bangladesh Denim Expo.

This paradigm shift requires cooperation with retailers throughout the value chain, from the design of garments through production, all the way to how consumers buy. An option going forward, envisaged by several producing countries as well as trade organisations and the EU, is to create a globally recognised labelling system that would inform consumers as to whether the products they buy are ethically made.

Making banking accesible to all