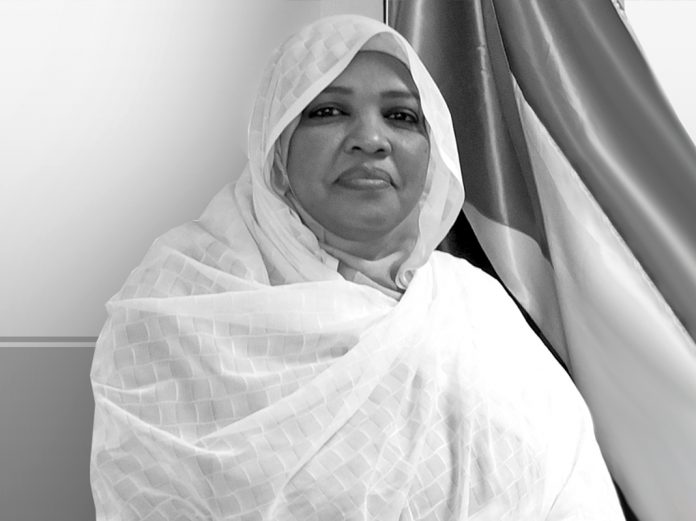 LE: Can you give us an overview of the communications and information technology sector in Sudan?

TA: Infrastructure is the basis of the CIT applications to be launched in the future. The infrastructure in Sudan is nearly complete, as far as towers and fiber optics are concerned. For example, the geographical penetration of the mobile telephone services is almost 50%. As for submarine cables, we have the EASSY cable, connecting Sudan with 23 countries all the way to South Africa. In addition, we have FALCON, SAS1 and SAS2, which are international cables that provide data transmission to Sudan and to other countries. Sudan can therefore be considered as a hub for internet services, with infrastructure now covering most of the country.
As of 2015, 86% of the population had access to mobile services and, as I said, 50% of the country is covered by mobile network infrastructure. We also have 33,000 km of fiber optics locally and five international cables connecting Sudan to the world.

LE: How can CIT be used to integrate society?

TA: The CIT sector in Sudan complies with the standards of the International Telecommunication Union (ITU). When we signed on as a member of ITU, we agreed to maintain the international standards and technical specifications set by them, but customised to the situation in Sudan. In order to integrate society through CIT, we created one umbrella agency, the Ministry of CIT, to supervise and coordinate the whole sector. Infrastructure, technology and applications are issued according to the ministry’s policies and strategic planning for projects, deliverables and decision-making. As a result, the sector is 100% integrated.
Our network is connected to neighbouring countries and to international networks. CIT supports citizens, businesses and the economy. An effective CIT plan with clear objectives, underpinned by the government’s broad social and economic growth aspirations, can help Sudan to achieve its developmental goals. Those goals include targets for affordability, availability, quality and scope of CIT services.

LE: How can foreign investment ensure further development of the CIT sector? What role will be played by technology transfer?

TA: The Ministry has created a framework of regulations and directives to attract more international investors. These directives include new licenses and technologies to be developed by investors, such as the virtual private network operator. New international technologies such as 4G, or LTE (Long Term Evolution), have been launched recently and foreign investors are invited to join their local counterparts from Kuwait and South African in these initiatives.
The market is fully open for investment, mainly in e-applications, for which licenses have also been launched recently. The e-applications have been implemented in all states of the country, so a huge opportunity is available there. The e-government structure has been established, with about 700 different services on the platform. As for specific e-government services that can be of interest to the investor, we would highlight the “Digital Financial Services”, which is e-banking, the “Postal Sector” or the new broadband services. Lastly, Sudan has a great data centre capacity so investors can participate in cloud computing, big data etc.

LE: What is your vision of the future of CIT in Sudan as regards CIT, and how will it transform the lives of its citizens?

TA: The five-year plan is focused on expanding e-government and its applications. We want to broaden the current infrastructure to cover the entire country and launch the newest technologies, such as super broadband and 5G.
Sudan has removed all the obstacles and restrictions in the CIT sector. We are open to investment in all areas of CIT. We cooperate with each other completely to make that investment easier. The CIT sector has a horizontal effect on other industries, so investment in it will help to make mining and agriculture, for example, work faster and better. In this sense, Sudan is an example for the region. We want to keep working with international partners to move our sector and the country forward.

A data centre to rival all others