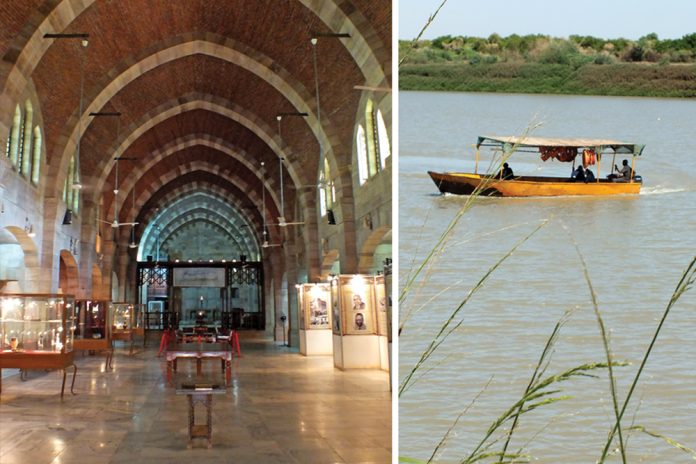 From modern glass buildings in the capital, glittering in the unforgiving heat, to some of the world’s oldest pyramids in cities beyond, and world-class diving in the Red Sea, with the right backing Sudan could become a tourism hotspot

Sudan may not strike you as the most obvious tourist haunt in north-east Africa. It could, however, be just that with the right investments, because it is one of the friendliest countries in Africa and has a magical mix of history and modernity. Instability in Sudan and a lack of a promotion of tourism to the country have kept matters under wraps. But this is changing, slowly. Investment in the sector in 2014 was $2.6 million dollars (US), or 2% of total investment. It rose by approximately 5% in 2015, and is set to rise by 6.1% per year over the next ten years, setting investment at $4.9 million (US) in 2025 — 2.5% of total investment.

Getting to Sudan is not a problem, with five international airports in Khartoum, Port Sudan, Dondola, Nyala and Merowe. There are 15 international daily flights in and out of the country and six local airlines. When tourists come to Sudan, they tend to be heading either to the capital Khartoum, or to the Red Sea for some world-class diving. In energetic Khartoum, ochre-hued classical Islamic architecture reclines alongside the most modern of glass and steel skyscrapers. A relatively young city, Khartoum was only built in 1821.

The country’s Red Sea coastline and its focal point, Port Sudan, are where Sudan’s burgeoning diving scene is to be found. Scuba-diving tourism here has seen a marked rise over the years as word has caught on — often among those who have been to the Red Sea area before — about Sudan’s unexpected luminous, pristine reefs, healthy shark populations, impressive wrecks and solid schools of fish. Part of the attraction for those in the know is the relative scarcity of tourists. Sudan usually attracts more experienced divers and as such it is considered something of a step up from Egypt. It is in fact the best diving in the Red Sea.

Most dives promise delightful coral gardens and schools of fluorescent fish. Some also feature interesting topography like vaulting coral pinnacles, steep and deep drop-offs or fascinating caves. Add to that a variety of sharks, barracuda and manta rays, sometimes in wonderful visibility and you can begin to appreciate the natural wonder of Sudan. Humanity has also played a role in making Sudan a fascinating diving destination, as a number of amazing wrecks litter the sea bed. Famous dives like the Umbria Wreck, Toyota Wreck and Cousteau’s Conshelf II are quite simply unique and unforgettable.

Beyond Khartoum and the Red Sea

Six hours by bus from Khartoum sits the laidback little town of Dongola, renowned for its palms, oozing character and boasting good amenities. The east-bank ruins of the Temple of Kawa peek from under the sand and as such just finding them provides an adventure. Many have said that they find the two-hour walk there along the banks of the Nile to the temple is more of a highlight than the temple itself.

Most hotels and restaurants are clustered together on the main road, near the market. Sai Island is 330km north of Dongola. The site contains the relics of all historical eras starting with pre-historic times. Then, slightly south of Sai Island on the left bank of the Nile is Sadenga. It contains a small temple which was built by King Amenohotep III (c. 1400 BC). A further 15km south of Sadenga, the most famous Egyptian temple in Sudan, an architectural masterpiece, rests at Soleb.

The modern town of Karima is a dusty Nile-side village of little importance today, but that wasn’t always the case. Jebel Barkal, the table-topped mountain hanging on the town’s south side, was sacred ground for the Egyptians at the time of the 18th-dynasty Pharaohs. Both they and the Kushites believed that the mountain was home to the god Amun.

At the base of the mountain are some well-preserved pyramids, the Temple of Amun and the fresco-decorated Temple of Mut which was dedicated to the Egyptian sky goddess. The crumbling pyramids of Nuri, near Karima, are nestled among vitaminic orange sand. They are known as being the most romantic pyramids in the country. Dating from around the 7th century BC they are also both the oldest and largest pyramids in Sudan, giving them quite some kudos.

El Barkel mountain overlooks the town of Karima and represents a sacred religious symbol; a cradle of the religion of the God Amon Ra’a. Behind, there are pyramids dating back to the period of Naptia and the Meroetic Kingdom. Meroe was a wealthy metropolis of the ancient kingdom of Kush. It was at the crossroads of major trade routes and it flourished from 800 BCE to 350 CE. The city was also known as the Island of Meroë as the waters flowing around it made it seem as though it was cut off, like an isle.

Meroë, an ancient city that sits some 200km northeast of Khartoum, is a UNESCO World Heritage Site, and features more than 200 steep-sided pyramids, which were built as elaborate royal mausoleums. They stand tall among the sandy dunes of the Nubian Desert and date from between 300 BC and AD 300, the years when the kingdom was at its most powerful.

Sudan has the greatest variety of big mammals living in one territory, and there are national parks just waiting to be opened up to tourism. From the northern deserts to the southern tropics, there is an exceptional variety of wildlife thanks to the ecological variations that come about in a country boasting 1,882,000m2. The main game reserves are at Toker, Al Sabaloga and Ashana whilst the game sanctuaries are at Senkat, Arkweet and the Sunut forest.