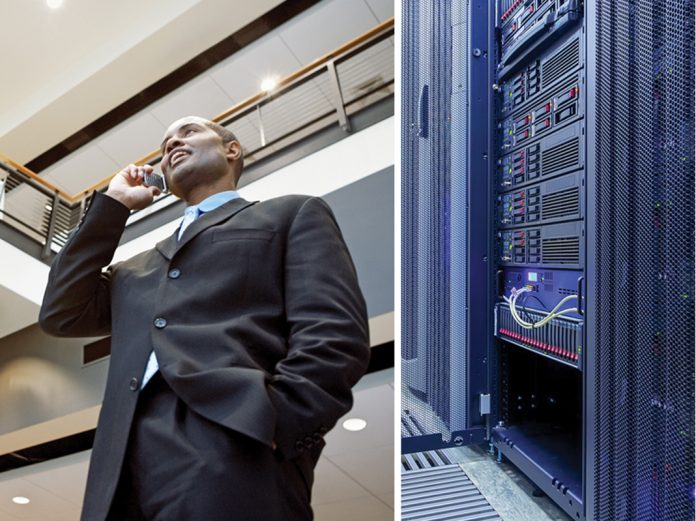 Sudan is sixth on the list of Africa’s top ten countries with the biggest number of internet users (IT web Africa). Information and Communications Technology, which is referred to as CIT in Sudan, and not ICT, has made its way into the country’s economy and society at a high speed. The mobile phone market has taken a central role in the economy, too. It has done so by creating employment in the telecom sector, by providing market information and logistical support, and by enabling families to stay in contact in spite of migration.

Indeed Sudan is regarded as one of the most lucrative telecommunications markets in Africa; it receives hundreds of millions of dollars in foreign investment each year, a substantial portion of which is pumped into the mobile phone sector. Investment in Sudanese telecoms projects with private participation was $301 million (US) in 2014, according to the World Bank. In 1994, the figure sat at $500,000 (US). Modern CIT and advanced communication technology has recently been established in Sudan and offers an excellent opportunity to further the concept of CIT for development using tailored programmes, strategies and approaches. This has been pointed out by the UNDP, which also stresses the excellent potential for Sudanese CIT to achieve a broader outreach and substantive development results.
The estimated market penetration rates in the Sudanese telecom sector are currently 77% for the mobile market, 30% for the internet market, and 1.1% for the landline market (BuddeComm telecoms research site). Mobile internet is also thriving. The number of internet cafes in the state of Khartoum has decreased noticeably since the early 2000s as mobile internet has become cheaper and more accessible to the public.

Sudan is regarded as one of Africa’s most lucrative telecommunications markets, with hundreds of millions of dollars in foreign investment each year, a substantial portion of which is pumped into the mobile phone sector

Sudan might have been one of the last African countries to introduce mobile telephony, in 1997, but the growth rate since entering the market has been one of the fastest in Africa. In 2012 Sudanese mobile users exceeded 27 million (UNDP report). As the mobile sector has expanded even further since, operators have rolled out highly advanced networks. Sudan now has one of the most well-equipped telecommunications infrastructures in the region, including a national fiber-optic backbone and international fiber-optic connections. Undersea fiber-optic cables have helped Sudan develop its strong CIT infrastructure: three undersea cable systems end in Port Sudan – the SAS-1 linking to Saudi Arabia, the Flag Falcon and the Eastern Africa Submarine Cable System. Moreover, there are overland links to Egypt and Ethiopia, as well as a domestic fiber-optic system of 11,000km. This great connectivity has resulted in very attractive prices for the CIT sector in Sudan.

The landline market, on the other hand, has not demonstrated such growth, mainly because of the overwhelming preference for mobile phones; a trend that can also be seen in other African countries too. Further still, mobile network operators are providing the types of services and universal access that may have traditionally been associated with landline technology. Pre-paid mobile services in Sudan represent over 95% of total mobile connections.

Internet usage has witnessed a similar growth to the mobile phone market since the turn of the millennium. The number of Sudanese internet users increased from approximately 9,000 in the year 2000 to some 3.8 million in 2008. Fast forward to now and Sudan had 9.3 million internet users in 2015, which constituted 25.8% of the population, and 2.8% of the overall internet connectivity in Africa (International World Stats).

Telecommunications was introduced in Sudan in the mid-19th century with the first telegraph link between Cairo and Suakin on the Sudanese coast. Twenty years later, the telegraph line reached Khartoum. Around the start of the 20th century, the first telephone exchange took place in Sudan between Eldaba and Khartoum. A government body, named Posts and Telegraphs, ran the services in Sudan. In the late 1970s, telecommunications was separated from the postal service and ran as a governmental department established as the Sudan Telecommunications Public Corporation (STPC).

The National Telecommunications Corporation (NTC) was founded in 1996 and housed under the Ministry of Telecommunications and Information Technology. A national CIT strategy was put together in June 1999 and a high-level ministerial committee was established to oversee its implementation. The institutional, legal and regulatory frameworks have been reformed over time, in order to advance CIT as a tool for integrating the economy into the local, national and international markets. The Sudanese government adopted a National Strategy for Building the Information Industry, with the goal of enabling “all sectors of society to access information media in a way that leads to the widest dissemination and utilisation of information, all of which shall contribute to achieving an appreciated economic growth, wealth development, job opportunities, enhancement of all sector production rates and the eradication of poverty,” as stated by the NTC in 2001.

Obstacles to access imposed by US economic sanctions in place since 1997 were mitigated in February 2015, when the US Treasury Department eased the restrictions which had banned the import of CIT hardware and original software made by American companies. The included anti-virus, anti-malware, anti-tracking and anti-censorship software alongside more secure CIT applications. The ban had been particularly harmful for Sudanese citizens, who had been forced to use outdated technologies and software, rendering them vulnerable to malware and other technical attacks. Today, these vital technologies can be imported into the country.
The Sudanese government is on the lookout for partners to help implement the national CIT strategy in areas such as e-government projects, distance learning, telemedicine and even the development of an electronic smart city. With Sudan increasingly benefiting from CIT, the government has granted licenses for newcomers employing advanced technologies, in a bid to increase the spread of and access to CIT and make products more affordable.

In fact, Sudan has a relatively liberalised telecom sector and actually boasts of one of the most liberalised markets in Africa, according to a World Bank report. There are two landline and five mobile operators providing services in the country and all these operators have plans for network expansion, in order to take advantage of the growing demand in rural areas, according to research by Frost & Sullivan. A universal service fund was set up in 2009, obliging mobile network operators to pay 2% of their gross revenues into it, as well as a small amount per customer per year. The fund is used to expand service coverage to economically unviable rural areas, according to a World Bank report.

Sudatel is one of the country’s foremost telecom companies. Established in 1994 as a public company, the government owns just over 20% while private companies own the remainder. Its shares have been traded on several Middle Eastern stock markets. Sudatel operates landlines as well as GSM mobile, and Sudani is the mobile arm of Sudatel Group. It is a mobile and broadband service provider for consumers and businesses in Sudan, and was the first telecom company in the country to deploy a 3.75G service ­— called SudaniOne.

Another key player is the Zain mobile telecommunication company from Kuwait which acquired Sudan’s number-one mobile phone provider, Mobitel, in 2006. The company is introducing 4G in Sudan throughout 2016, and is one of the biggest telecommunications operators across the Middle East and North Africa. MTN Sudan is a subsidiary of the South African MTN Group, a provider of communication services and it is operational in Africa and the Middle East. MTN Sudan offers mobile phone and data services to the Sudanese market and covers 99% of populated areas in Sudan. Completing the panorama is Canar Telecommunication Company — also known as Canartel — which was established in 2005 and is part of the Etisalat group from the United Arab Emirates. Canar provides landline and mobile services and aims to make Sudan a strategic hub in Africa by connecting it with the Middle East.

The price of mobile services has fallen as the regulator has increased the number of licensed operators and therefore competition over the years. The mobile sector is quickly becoming the provider of universal services in telecommunications in Sudan, and given the growth of data access, it will also soon be a key player in driving internet access. By continuing to expand both its customer base and its range of products, the mobile sector will continue to increase its contribution towards the country’s GDP while providing further domestic employment.
Because of the expansion of internet services in Sudan,  a non-governmental, technical and professional organisation was established. The so-called Sudan Internet Society serves the Sudanese community and provides leadership in addressing key issues about the roles and uses of the internet. SIS also manages the domain name registration under Sudan Top Level Domain.sd.

Sudan has a national CIT policy for education that promotes the use of  information technology in training and education at all levels, which includes the making of school curricula, organising and managing educational institutions, teacher training and life-long learning. In 2004, CIT was introduced in secondary education curricula and computers were installed in around 50% of secondary schools, granting each school around ten computers. While 81% of universities in Sudan are internet-equipped, most – some 65% – still use dialup connections. The Sudanese government is trying earnestly to make computers available at all levels of education. The General Ministry of Education Information Centre is responsible for the development of a strong CIT infrastructure for learning purposes, while the Information Directorate and Curriculum Centre and Training Directorate are the entities managing the implementation.

Sudan is also actively using CIT to boost socio-economic development. The application of CIT for poverty reduction is an important and regular feature of the Country Programme Action Plan between the Sudanese government and the UNDP. Official documentation states that efforts to this effect will be “reflected in many programmes [making CIT] a tool that can significantly contribute to sustainable socio-economic development and effectively lead to positive change in increasing outreach and increasing the efficiency of results achieved.” Four strategies will consequently be adopted to use CIT efficiently and effectively among poorer populations and to promote economic growth, such as local development of enterprise; capacity-building for micro, small and medium enterprises to increase skills, usage and understanding of CITs; usage of call centres as advocacy and public awareness tools with regard to HIV/AIDS; and the use of CIT to create employment opportunities through, for example, a job seekers’ platform.
Khartoum hopes to become a regional IT hub and also serve as a link between African and the Middle Eastern regions. Sudan’s government appreciates the economic value and the variety of benefits of CIT and sees it as a part of its strategy to enhance economic growth, wealth and employment creation. The policy of CIT therefore forms part of the government’s overall reform agenda for citizen empowerment, enhanced democracy and socio-economic development.

Basiri Plaza – the height of hospitality