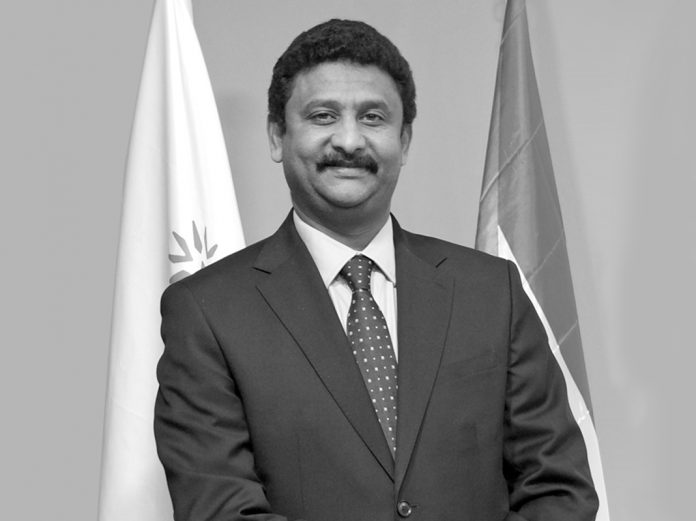 We speak to Tarig Hamza Zainelabdin (TH) about his experience of working abroad and what it meant to him to return to Sudan, in particular to the role of President & CEO of Sudatel

LE: Was it always your ambition to be the CEO of an innovative and trendsetting company in your native Sudan?

TH: I have always felt a pull towards working in technology and innovation. I left Sudan for Malaysia shortly after my studies, to pursue a master’s degree in robotics engineering. Unfortunately I didn’t complete the course as I was offered an opportunity in Saudi Arabia with Lucent Technologies. At the time, Lucent were deploying the first mobile contract in Saudi Arabia following the Gulf War, and it was a huge project. I worked with them from 1995 until 1999. Later, I was responsible for the Hajj project which was a great responsibility. We had to accommodate more than 3.5 million people under the project, facilitating telecom services within a very small area.

In 2010, I made the decision to give something back to my country

The Hajj project was an interesting experience, but I left Saudi Arabia after getting an offer in the United States, where I worked with several companies like AT&T and Cingular Wireless. After a lot of moving around – from Buffalo, to Texas, to Florida – I ended up in Virginia Beach for four years. Besides working for AT&T I also finished my master’s degree in engineering management. The university encouraged me to continue with a PhD in operational research. However, in 2010 two companies in Sudan approached me to come back and work here. And so, I made the decision to give something back to my country. I came back to Sudan as Chief Technical Officer at Sudatel. After CTO, I held the position of CPO, and afterwards Commercial Vice-President, and eventually in 2013 I became the President and CEO of the group.

LE: You took the step to come back to Sudan. What is your message to the many Sudanese living abroad, about coming back to Sudan and adding value to the nation?

TH: Kennedy once said to the people: “Don’t ask what your country can do for you, but what you can do for your country”. That is the very message I would send to the many Sudanese abroad. Sudan is in desperate need of the calibre of skills gained by its migrated population. I am proud of the family culture we have here; growing up you are surrounded by many family members and you feel unity. We were lucky to learn without paying a lot of money; my colleagues and I all went to school for free and are blessed with the inherited education system from the times of British colonisation. That is why you find many distinguished Sudanese graduating from colleges all around the world. We have to build the country together.

LE: Where do you see the most growth potential for Sudatel and where can foreign companies help you achieve your future goals?

TH: A quick reminder of the company’s multi-layered past will, in itself, reflect just how much potential we have. Telecom in Sudan has a rich and quickly evolving history. President Nimeiri invested a lot in the sector, which was purely a government-owned one until 1993. Within the three-year economic strategy for Sudan, the government decided to privatise most of the economy, starting with the telecoms sector. In 1995 Mobitel, the first mobile operator in Sudan, inherited all the infrastructure and history. In 2006, the government decided to sell their share in it to the Kuwaiti shareholders, and then formed Zain. With the money from the sale they formed a new company – Sudatel – and started a new mobile entity under the name Sudani with CDMA technology.
Additionally, they acquired five companies outside Sudan, which was important for Sudatel to become an international player, not just a local telecom provider. They focused on Sub-Saharan Africa because of the close cultural overlap: Nigeria, Ghana, Senegal, Guinea-Conakry and Mauritania were all part of the expansion strategy. What Sudatel is today grew from a small CDMA company to a CDMA, GSM, 3G and (soon-to-be) 4G provider. We are the only firm that owns a complete data centre or cloud centre, and the second largest behind a firm in South Africa.
Sudatel also has a share in many submarine cables, from South Africa, to France, to Saudi Arabia. We also have an IRU to be shareholders for 15 years in many more submarine cables connecting Africa to Singapore and India, some of them even reaching Latin America. Sudatel owns 14,000km of fiber-optic cable across Sudan. No-one in Sudan has assets of this type.
We believe that there is a huge opportunity to extend our investments beyond Sudan. We are currently looking into connecting the land-locked countries around and beyond Sudan, and making Sudan the Telecom hub in Africa in the near future.

LE: What is Sudatel’s current status in terms of outside investment, and what direction would you like to see it take here?

TH: Sudatel pays special attention to its investors. 49% of Sudatel is owned by foreign investors. I am deeply grateful to all our outside investors; those from the Gulf Area, especially Saudi Arabia, the UAE, Qatar, Kuwait and beyond, and also to those from Europe. They believed in Sudatel and the Sudanese people. This is why we went for IPO; foreign investors invested over $1billion (US) in total. Subsequently, we are a major player in the Abu Dhabi stock market. We are also the number one player on the Khartoum Stock Exchange, and the only telecom company in Sudan listed. We are there because we are a national company, with 22% owned by the government and 51% owned by the Sudanese people. So of course we have to be on the stock market of Sudan.
We have spent over $80million (US) on our Corporate Social Responsibility programme over the last 30 years and across three major areas: water, education and healthcare. We are fully committed to taking the lead in our continent and shaping Africa’s future.
Not only is Sudatel connecting people through mobile phones, but we are connecting the hearts of African people too. We are definitely a pioneer in this sense and we need to keep fulfilling our role to bring Africa together. We are happy to welcome you to join us for the pleasure of witnessing this transformation, and we will continue to build this country.