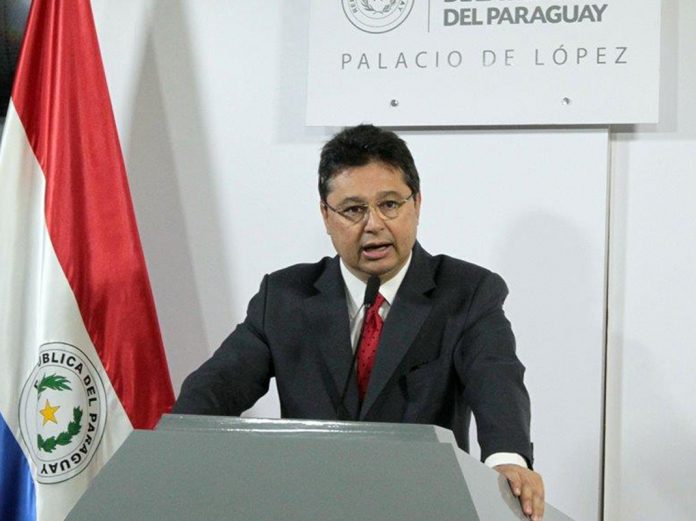 Leading Edge (LE): What are Paraguay’s competitive advantages? What are the priorities for future development?
Gustavo Leite (GL): Paraguay needs to focus on three key areas, the first of which is food for the world. The country is starting a process of industrialisation and is already the sixth biggest exporter of beef in the world, but we also want to be major players in pork and poultry, as well as in agro-ecological agriculture and organic farming. There is a global movement to eat more healthily and to eat organic produce, and we have all the conditions available to achieve that, as our 40 million hectares can be used to produce food.
The second direction is to become a factory for the region and for the world. Paraguay stands out from the rest of this area due to its high yield, high predictability, the competitiveness of its workforce, electric power, demographic advantage, competitive taxes, special schemes, and a labour regime like no other in South America. The maquila law brought in 46 companies in 12 years and 70 new companies in three years. Leading regional and global companies are investing in Paraguay. There is a vision for Paraguay to be the China of the Americas.
Thirdly, we want to be at the centre of the Hidrovía (waterway). Mercosur produces the same amount of grain as the US Midwest, but the Mississippi River transports 20 times more than the Mercosur waterway. There are currently 42 private ports, and we are developing Conception Port for Mato Grossos do Sul state.

LE: From a governmental perspective, what do you think about the country’s rate of industrialisation in the last three years, and about Paraguay as a logistics centre for the operation and building of foreign companies?
GL: Industries that did not exist three years ago are now employing 5,000 to 6,000 people. The auto parts industry is an example, which includes four of the most important companies in the world. President Cartes has been to visit the Presidents of Brazil and Argentina to propose the competitive substitution — meaning without subsidies — by Paraguay of the goods the two countries currently import from Asia. Such a substitution would not affect employment in these countries; in fact opportunities would be generated for businesses there as well as for Paraguayan businesses to invest in Paraguay to replace imports from China, Malaysia, Indonesia, and Vietnam etc. This investment could generate US$85,000 million a year. Brazil imports US$70,000 million and Argentina US$15,000 from Asia, and the market available to us is probably the same as the one Mexico has with the United States and Canada.

Paraguay has demonstrated stability over the past 70 years; it has not changed its currency and it is creating a sustainable growth model

GL: Paraguay has demonstrated stability over the past 70 years, it has not changed its currency and is creating
a sustainable growth model. However, there are three deficiencies: the first is in its infrastructure — although investment in this area has tripled in the last 10 years, it still needs to increase five-fold over the next 10 years. Secondly, there is a need for job training and private investment in the technical training of basic skills. And thirdly, there is increased need for training of professional scientists. The government has introduced grants for master’s degrees awarded to Paraguayans who are willing to return to work for five years after graduation, as long as they study at one of the top 350 universities in the world for science and technology.

LE: How has Paraguay overcome the economic deceleration suffered by its main trading partners?

GL: Brazil and Argentina have been swept away by the ideologisation of Mercosur over the past 10 years. We need Mercosur to be effective, and there is debate over whether it should become more flexible or whether it should return to its roots and remain a good free trade agreement. We agree with this: Mercosur should be used to create better living conditions, not for the promotion of ideologies.