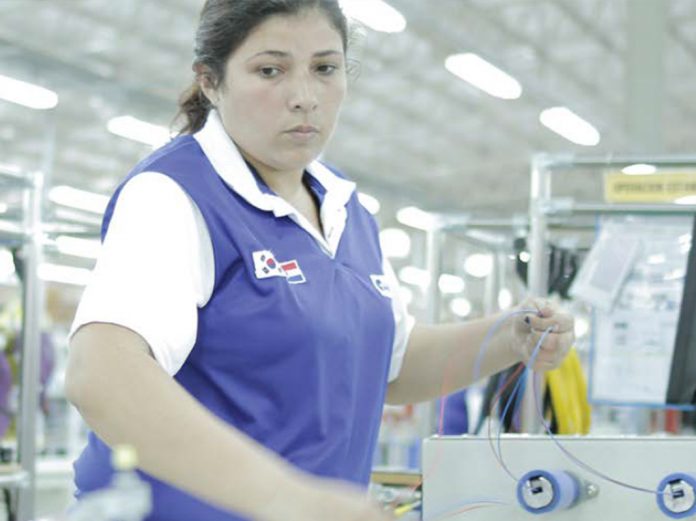 After nearly a decade of 5% year-on-year growth, the solid macroeconomic foundations of Paraguay have been laid. The Cartes administration is passing new legislation to create a friendlier investment climate

Paraguay has experienced impressive economic growth in the past 15 years compared to other Latin American nations. The country’s macroeconomic stability is clear, and it has a solid and solvent financial system, a stable tax balance sheet, and a controlled level of public spending ­— not to mention manageable inflation and a growing diversification of exports.
The country has a large and young labour force, at cheaper costs than in its neighbouring Mercosur nations. The minimum wage is US$366 per month (for 2016), with social security contributions siting at 25%. The cheapest electric power within the Mercosur region is found in Paraguay, which boasts two of the largest hydroelectric power plants in the world: Itaipu — a joint undertaking with Brazil — and Yacyretá, a binational project with Argentina. The country produces a surplus of energy, making it the fourth-largest exporter of electricity to the rest of the world, behind France, Germany and Canada.
Paraguay is also renowned for its exports of soya beans, soya oil, organic sugar, beef, sunflower, starch, maize and wheat.(*1) In May 2016, the value of raw material exports experienced an increase of 5.5% compared to the same period in 2015. In addition, exports of automobile parts and plastic goods have seen a marked inceased.(*2)
The country’s geographical position, at the heart of the Mercosur, has made it into a logistics platform for importing and exporting goods. This has been helped by the area of Brazil near the border with Paraguay witnessing considerable economic development. On top of this, Paraguay’s mild climate — with some 310 days of sun a year ­— is the final indication that the country has some outstanding advantages for international investors.
In August 2013, the Paraguayan people democratically elected Horacio Cartes as a President who could tackle the country’s issues. He stood as an independent businessman with a clear mandate to open the country up to the world, modernise public administration and improve Paraguayans’ quality of life. To facililate these measures, the Cartes Administration is carrying out a series of legal reforms to generate the necessary conditions to attract foreign investment and to boost national investmet, too. Such programmes are supported by government capital as well as public-private partnerships, particularly in the case of infrastructure. The APP law, which was approved in 2013, and Law 5074, which permits public capital to finance the private sector, have paved the way.
In addition, investments in the energy sector are being facilitated, so long as they do not negatively impact the environment. Preferred investments in this sector include those in which the finances have been assessed and those which promise the generation of employment.
The conditions for extracting oil and uranium are being improved; and in 2001, a new gold mine was opened, and there are ten more possible sites for similar mines. The country also has lithium, diamond, nickel and palladium deposits, which may attract foreign capital.(*3)
Key to the government’s strategy is a reduction in the instability of the agriculture industry, through reducing the direct impact of climatic fluctuations. The administration is developing projects involving more modern types of irrigation, to stabilise the production levels.
Some 97% of the land area in Paraguay is suitable for food production. The country has the appropriate levels of sunshine, temperature and water resources as well as a favourable topography. It is also one of the three main areas of the world that has suitable soil for biomass production, together with the Ukraine and the central western region of Brazil and northern Argentina.(*4)
The government is also pursuing development of the country’s capacity to process meats and grains, which will increase local employment and reduce exposure to the volatile price of unprocessed foods: a policy that has been successful, according to Carlos Fernández, Chairman of Central Bank.(*5) In addition, a number of new laws have been passed that favour investment, such as Law 60/90 on capital investment, which was developed with the objective of promoting and increasing national and foreign capital investment. Through these laws, tax benefits are granted to individuals and companies based in the country, when their business complies with the economic and social policies of the national government, and have the following objectives: the production of goods and services, the creation of employment, the development of exports and the substitution of imports, the incorporation of technology, and the investment and reinvestment of profits in capital goods. (*6)
Tax incentives under this law include exemption from national and municipal taxation, total exemption from customs duties and charges with equivalent effect, and freedom from demands of any type of banking reserve or special deposit when importing capital goods. In addition, Law 117/91 on investment aims to ensure a framework of total equality between national and foreign investment, guaranteeing property rights and free trade. (*7)  Law 1,064/97 on the maquila export industry aims to encourage the establishment of maquila industry companies.(*8) And Law 4,427 establishes incentives for the production, development and assembly of high technology and advanced technology goods.(*9)
Without a doubt, the solid macroeconomic foundations of the country, its demographic conditions, the low cost of oil imports and a very competitive electricity sector, together with the other elements outlined above and its business-friendly legislation, are factors that foster economic growth in Paraguay.

Going with the flow for transport and logistics