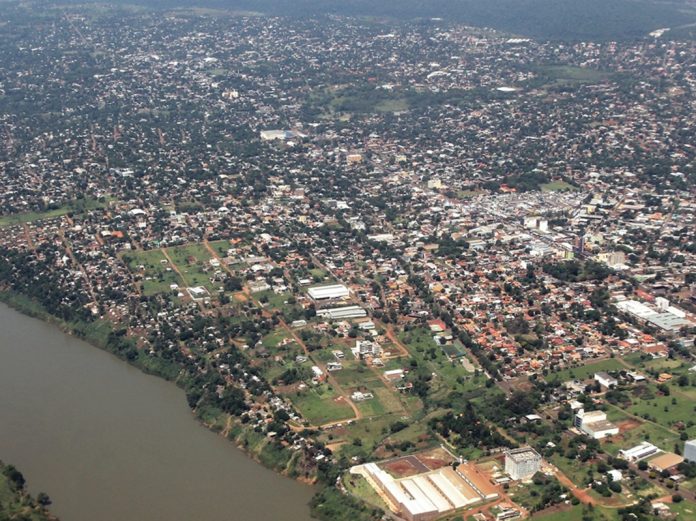 While Latin America’s economic giants, Brazil and Argentina, are suffering a slowdown in their economic growth, Paraguay continues to thrive, thanks to sound macroeconomic policies and fiscal discipline

Landlocked Paraguay was long regarded as the poorer sister of the South American nations, a backward and isolated place where poverty reigned and dictatorship prevailed even after its neighbours had embraced democracy.
Today, however, Paraguay’s economy is thriving even while its larger, more powerful neighbours are pummelled by the drop in prices for their exports. No longer an outlier, Paraguay has become a regional economic star, enjoying not only sustained growth, but an on-going reduction in poverty levels.
GDP is forecast to grow by 3% this year (15 times the expected average growth in the region) according to the UN Economic Commission for Latin America and the Caribbean (ECLAC). The International Monetary Fund maintains a similar forecast for this year and expects 3.25% growth in 2017. How has Paraguay managed to prosper while neighbouring nations such as Brazil and Argentina are still reeling from the commodity price shock? The answer lies in prudent fiscal and economic policies that have supported sustained growth in a changing global and regional environment.

How has Paraguay managed to prosper while neighbouring nations such as Brazil and Argentina are still reeling from the commodity price shock? The answer lies in prudent fiscal and economic policies that have supported sustained growth in a changing global and regional environment

“I would say that Paraguay’s economy has been resilient, especially when you consider the neighbourhood it’s in,” says IMF Mission Chief for Paraguay, Hamid Faruqee, in an interview on the IMF survey website. “In terms of what exactly explains that resiliency,” he added, “I would mention three things — generally good macroeconomic policies, sound fundamentals, and a bit of good luck,” he stated. Paraguay enjoyed a run of nearly uninterrupted prosperity during the past decade, as rising commodity prices drove GDP to expand by an average of 5% annually. The growth was based largely on exports of agricultural products — principally soybeans, corn and beef — and of electric power from the hydroplants at Itaipú and Yacyretá. These two sources accounted for more than 60% of the country’s exports in 2015. As prices for these commodities fell, Paraguay’s economic growth naturally slowed from a high of 13.1% in 2010, but has nonetheless remained robust.

Paraguay’s good fortunes are down to the policies of President Horacio Cartes, who took office in 2013 with a pledge to modernise the economy, reform public finances and raise living standards by integrating the country into the global economy. “From the first day, I underlined the importance of improving relations between Paraguay and the rest of the world, in order to embark on inclusive economic development,” the president said in an interview with Leading Edge.

A businessman and a political outsider, Cartes promised during his election campaign to provide “new directions” for the country. His policies have included a fiscal responsibility law (FRL) to control public finances, a reform of the income tax system and a programme of public-private partnerships (PPP) to promote investment in much-needed infrastructure. The results of these policies are now evident: Paraguay’s expected GDP growth of 3% in 2016 compares to a forecast of 0.8% in Argentina and a contraction of -2.0% in Brazil. Likewise, active vigilance by the Central Bank of Paraguay should keep inflation in 2016 to 4.5%, according to the IMF. The budget deficit reached 1.7% of GDP in 2015, only slightly above the 1.5% target set in the new fiscal responsibility law, and is expected to remain at that level this year.

These achievements prompted Moody’s Investors Service to announce in June that it had confirmed its Ba1 rating for Paraguayan government bonds and its outlook of stable for the country’s economy. The ratings agency added that by maintaining fiscal discipline, Paraguay’s government would have a margin for borrowing the capital required to invest in much-needed infrastructure projects. The government has committed to total investments of US$16.4 billion over the next five years, of which the largest portion, US$6.275 billion, will go to infrastructure.

Paraguay’s financial sector, which extended credit freely during the period of rapid growth, has slowed its activity but remains solid. Since mid-2015, credit has tightened and many banks have seen their level of non-performing loans rise. However, the overall health of the financial system is not in question, as the majority of Paraguay’s banks reported a positive net income last year. “Relative to the region, Paraguay’s banks compare favourably in terms of their balance sheets and profits,” the IMF stated in its report.

One essential factor in connecting Paraguay with the world is that of attracting foreign investment. Although as such a small economy, Paraguay is often ignored, it offers some outstanding advantages to foreign investors. They include free repatriation of capital and profits, equal treatment under the law for foreign companies, and a corporate tax rate of 10%, the lowest in the region. The country also has comparatively low labour costs, and clean, cheap electrical energy from hydroelectric power. Small wonder that the average return on investment in Paraguay is now 22%, the highest in Latin America, according to ECLAC.

Although as such a small economy Paraguay is often ignored, it offers some outstanding advantages to foreign investors. They include free repatriation of capital and profits, equal treatment under the law for foreign companies, and a corporate tax rate of 10%, the lowest in the region

With all these advantages on offer, Paraguay is seeking to attract companies from the European Union that can use the country as a platform to export to the nations of Mercosur, the South American trade bloc whose other members are Uruguay, Venezuela, Brazil and Argentina. While Paraguay’s government has been busy meeting macroeconomic targets and attracting investment, it has also sought to reduce the inequality in income and endemic poverty that have plagued the country almost since its founding. Poverty rates were already falling over the past decade as a result of the economic growth the country was enjoying. The World Bank estimates that the income of the lower 40% of the population increased by 8% each year between 2009 and 2014.

However, disparities do remain. The Cartes government has addressed inequality in income with a National Development Plan for 2014-2030, based on three key concepts: poverty reduction, inclusive social and economic development, and the incorporation of Paraguay into world markets. On the latter score, Cartes has been a proponent of Paraguay taking an active role in Mercosur. Paraguay was suspended from Mercosur in 2012 as a protest by other member states over the impeachment of former president Fernando Lugo. The country was reinstated after Cartes’ election the following year.
At home, the government has also pledged to fight corruption and to make public finances more transparent. Cartes, who has made transparency a watchword of his administration, said in a speech to the Congress on 1st July, “We insist that what belongs to the public should be truly made public, so that people know what is being done with their money.”