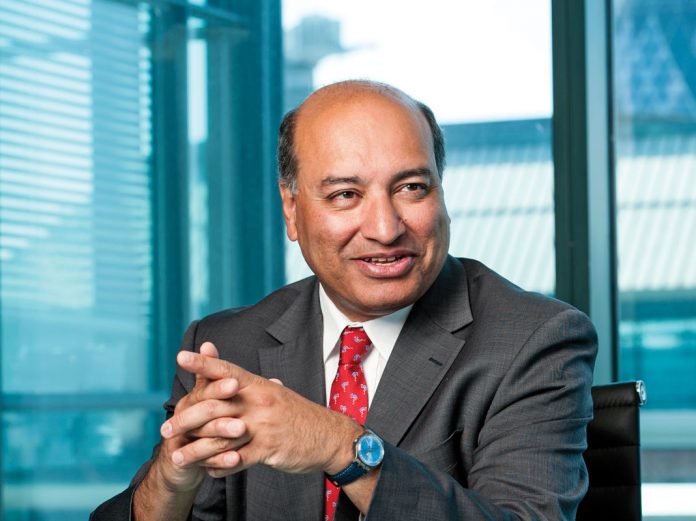 The EBRD will soon hold its annual meeting in Jordan. What would you say are its key priorities for the immediate future?

Our primary goal is to demonstrate how we are making a real impact in the 38 economies where we are active and to continue delivering our contribution to the UN’s Sustainable Development Goals, which aim to improve the lives of millions of people across the globe.

We set a new record for our investments in 2017, financing 412 projects worth €9.7 billion and, despite continuing economic challenges in the countries where we work, we again reported very strong profits that ensure we can carry on delivering positive change over the coming years.

Our investments and support for policy reform are aimed at making a real impact: we seek to make our economies more competitive, better governed, more integrated, more resilient, more inclusive and greener. In this last category we saw a real success in 2017 as we achieved our commitments under the 2015 Paris Climate Agreement three years ahead of schedule. We dedicated 43% of our total investment to climate action last year, above the 40% target we initially expected to achieve by 2020. We have been asked to scale up our green finance even further in the future and I made clear at the One Planet Summit in Paris last December that we are in a position to meet this demand.

The World Bank’s recent global economic forecasts say that developing economies as a whole are projected to grow by 4.5% in 2018. How do you evaluate the situation in the countries where the EBRD is active, particularly in the MENA region?

There is a much greater sense of optimism across the regions where we are active after a number of challenging years. We have seen rebounds since 2008 when the crisis hit hardest, but we have seen downturns as well. The euro crisis was unsettling. The sharp fall in oil prices and recession in Russia cast a long shadow over much of Eastern Europe and Central Asia. The Middle East has suffered, partly because of geopolitical tensions and security concerns. However, we are now seeing more stable growth across virtually the entire region. Average expansion of 3.3% was seen across the 38 economies for 2017, well up from the previous 1.9%.

We are expecting further growth of 3% in 2018. There are clear risks, of course, partly linked to political tensions. But in the southern and eastern Mediterranean region — which for us includes Egypt, Jordan, Morocco, Tunisia and now Lebanon, the West Bank and Gaza —  the outlook is positive, and we are expecting growth of 4%, up from the 3.8% for 2017.

“There is a much greater sense of optimism across the regions where we are active after a number of challenging years.”

In 2018 Jordan’s economy, according to EBRD forecasts, is expected to increase to 2.5% compared with 2.3% in 2017. What do you think is needed for the country to resume the growth rates of the last decade?

Unfortunately, many of the challenges facing Jordan’s economy are external factors over which the country has little control such as regional tensions, the interruptions to trade routes in the wake of the Syrian war and volatile tourism receipts.  Nevertheless, Jordan has pushed forward with reforms that will make the economy more robust in the longer term.

Continued fiscal consolidation is needed, including moves to broaden the tax base, tackle tax evasion and strengthen tax compliance. At the same time, reforms to strengthen inclusive growth should continue, helping to facilitate access to finance. Labour market policies and reforms should be pursued, and it is particularly important to improve the business environment and governance.

The EBRD has a current portfolio of projects worth more than $1 billion. How do you assess the impact of the bank’s investments in Jordan?

We are very proud of the impact we have made in Jordan in a relatively brief time. This small country faces many challenges. Our very first investment here was an important contribution to ensuring energy stability in a country which saw regular and frequent interruptions to the supply of electricity. Financing for the Al Manakher power plant addressed Jordan’s acute energy shortages. Since those early days we have rolled out a major programme of renewable energy in Jordan with a special emphasis on tapping into solar resources, making good use of the country’s abundant sunshine and also financing wind farms. In total, the EBRD has financed more than 1.1GW of generating capacity across 12 projects.

We have also brought fresh water and sanitation to thousands of citizens of Jordan while helping to create jobs, especially for the young, in the small business sector.

Forty-five percent of the bank’s portfolio is devoted to energy projects, particularly in renewables. What returns can the private sector expect when investing in this sector?

This is a particularly important sector for Jordan. The country needs reliable energy sources that are also clean and sustainable. Its economy relies on this as does a tourism industry that plays such an important role in overall growth. Sustainable and reliable energy has assumed even greater importance since the arrival of so many refugees from neighbouring Syria.

The renewable sector is not always straightforward for investors. But the Jordanian government has been very successful in attracting investors thanks to its agreement to take on risks that are within its control, such as a change of legislation or political force majeure. The kingdom has ensured the implementation of a stable and reliable regulatory environment for renewable energy.

“We are very proud of the impact
we have made in Jordan in a relatively brief time. This small country faces
many challenges.”

Which public-private partnership projects is EBRD supporting in Jordan?

The Jordanian government has already developed more than 25 projects under the PPP scheme over the past 10 years, predominantly in the energy sector but also in the wastewater and transport sectors. Successful examples in the infrastructure sector include the Queen Alia International Airport, the As-Samra Wastewater Treatment Plant and the Medical and Industrial Hazardous Waste Treatment Plant.

This background helped create a strong enabling environment for PPP-type projects and led to the creation of a PPP unit within the Ministry of Finance.

The return expectations of the private sector over these projects vary as they depend on several factors, but particularly the availability and usage of capital expenditure grants and government guarantees of the revenue stream.

The tourism industry seems to be reviving in Jordan, with a substantial increase in the number of visitors last year. Do you see further potential for the bank to invest in this domain?

The tourism sector is particularly important in Jordan and it needs to be developed in a sustainable way. Our investment in the Ayla Oasis project in Aqaba was one example of our drive to help unlock Jordan’s potential as a tourism destination. One important element in this financing was a design that included the use of renewable energy produced on site and which also promoted the use of climate resilience solutions and techniques that have led to significant energy and water savings and a reduction in carbon emissions. We expect our support for projects like these will lead to other similar projects in the future.