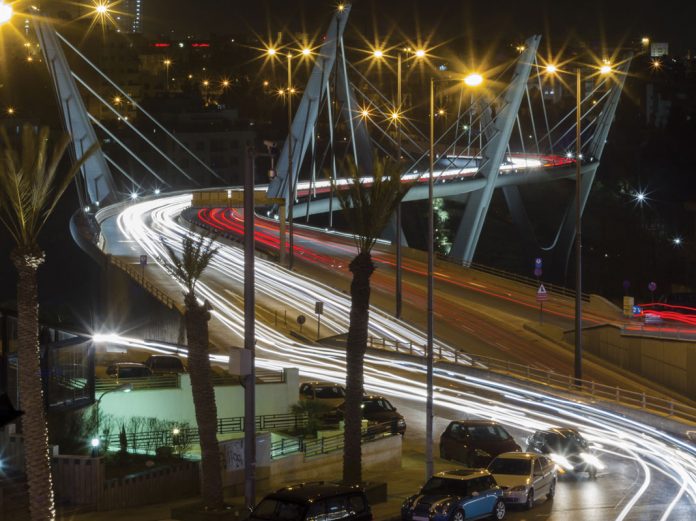 Smart, progressive and flexible, Jordan has been named the business capital of the Levant. In recent years, the country’s business environment has experienced significant changes in its complexity, competitiveness and openness to global markets. Along with careful planning and policy reforms, a stable economy
has led to a surge in foreign investment.

In the wake of revolts in Egypt, Tunisia, and Bahrain, Jordan stands out as a country with a pro-Western regime and a reputation for progressive social and economic policies. Jordan has made consistent political and diplomatic efforts to achieve security and peace in the region, and to help resolve the crises facing it. Though the large number of Syrian refugees entering the country has put resources under mounting pressure, Jordan has shown the international community that investing in its economy and creating jobs is more sustainable in the long term than traditional direct aid, and more important to its precious stability.

Jordan’s strategic location in the Middle East allows access to over one billion consumers and acts as a gateway to neighbouring and global markets through its modern transportation system and strong communication networks. Its membership in the World Trade Organisation ensures Jordanian goods and services reach 161 world markets. In addition, Jordan is party to bilateral and regional trade agreements that contribute to enhancing the international competitiveness of its exports. These include 55 Bilateral Investment Treaties, 27 Double Taxation agreements and eight Free Trade Agreements.

A country with limited resources, Jordan has realised the importance of capitalising on its abundant human resources to foster economic growth and development. Nearly 10% of the government budget is dedicated to education, and though Jordan has only 3% of the total MENA population, it is home to 10% of all universities in the Arab world. The result is a country of skilled bilingual graduates, and one of the most highly qualified workforces in the region. In fact, Jordan ranks as one of the highest countries in the world for its number of engineers, physicians, and nurses per capita.

With relatively well-developed infrastructure and business-friendly facilities, Jordan makes an attractive investment proposition, which the government is working to strengthen through laws that allow foreign investors the same privileges enjoyed by Jordanians, as well as the remittance of capital and the transfer of revenue and profit. The Jordan Investment Commission provides a single service window to simplify licensing procedures for economic activities in the kingdom. A number of special economic zones throughout the country provide quality infrastructure along with incentives including exemptions from customs duties, 100% foreign ownership, and 5% tax.

Jordan has developed one of the leading information and communications technology (ICT) sectors in the region, with more than 600 active companies in telecom, IT, business outsourcing, mobile and online content and games development. The sector directly employs about 16,000 people, and overall contributes to the creation of some 84,000 jobs. Jordan’s ICT sector is considered one of the pioneering sectors in the MENA region, and the country has become a regional start-up hub. Today, 75% of Arabic content on the internet is generated by Jordan’s ICT sector. Cisco, HP, Sun Microsystems, Orange, Intel Capital and Yahoo are already investing in Jordan.

Paraguay at the heart of South America