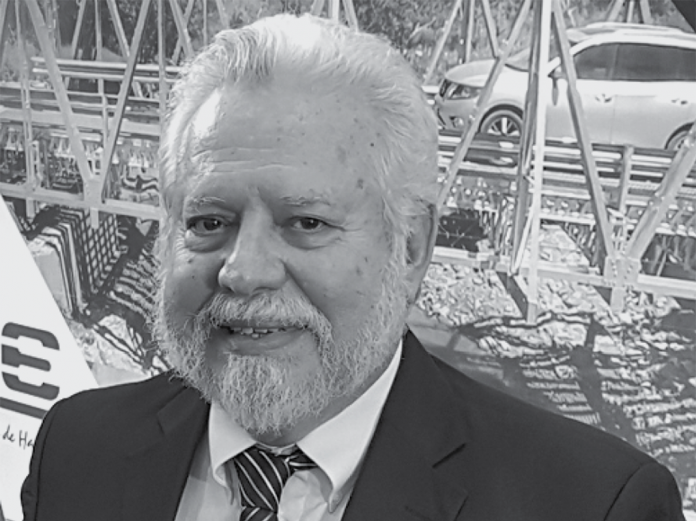 CIE S.A. is a company that supplies goods and services to the metal mechanics sector, focusing on the fields of energy, transport, construction and industry. CIE S.A. serves both the national and international markets.

Leading Edge (LE): How would you describe Paraguay’s international position?

Francisco Rivas Quevedo (FRQ): Paraguay has a strategic location, in the heart of the South American continent. It has a great expanse of land, which is mainly used for livestock and agriculture, but which has great potential to be used for investments in industry, commerce and services. Many factors make Paraguay attractive for fresh capital, among them the country’s political and monetary stability, sustained economic growth, low levels of inflation; investment incentives, the lowest tax rates in the region, a readily available workforce and an abundance of electrical energy. Experts say that Paraguay is among the Latin America and Caribbean region’s best countries to invest in as it is a veritable land of opportunities.

LE: How would you sum up Paraguay’s future outlook and main goals?

FRQ: Extending connectivity both within the country and with its neighbours is one of Paraguay’s major ambitions, as is the expansion of its infrastructure, housing services, water and sanitation. It also wants to become a logistics hub and a location for producing food, products and services for the region and the world.

“We are tapping into new niches in the market, such as port concessions, leasings and building new structures such as compact water treatment plants, photovoltaic solar plants, modular and fixed metal bridges.”

LE: How has CIE S.A. grown over the years and what have its major milestones been?

FRQ: Over the course of our 39 years in operation, we have built some iconic works, among them our very first contracts — ItaipЬ and YacyretЗ — in 1980; manufacturing naval barges in 1987; our first hydroelectric contract outside the country with Pangue in Chile in 1993; our first export to Asia (Ma-an in Taiwan in 1996); to Africa in 2000 with Akosombo in Ghana; to North America with Seven Mile in Canada in 2001; and then to Europe with Avestaforsen in Sweden in 2005. In 2012, our company was awarded the construction work of the first 500kV line and its substations on Pargauayan soil.

We were the first company in Paraguay to become ISO 9001 quality certified in 1997, and to obtain certification for the use of the American Society of Mechanical Engineers’ ASME U stamp. We were also the first to receive prizes and distinctions of honour for our work, for example, the ADEC Prize for the most Effective and Efficient Company on a Global Level in 1996, joining the Ethical Commerce Pact in 2004 and the CSR Global Pact in 2011, as well as the Exporter Award in 2015.

“We are ready to offer our management services to business people who have ideas for new projects or builds.”

LE: What projects are in the pipeline for 2018?

FRQ: We are tapping into new niches in the market, such as port concessions, leasing and building new structures such as compact water treatment plants, photovoltaic solar plants, modular and fixed metal bridges, as well as fine-tuning our procedures to provide metal structures for buildings. In addition, we are ready to offer our management services to business people who have ideas for new projects or builds.

LE: In what ways are you working alongside the government to promote the shipping industry?

FRQ: As constructors, we were kindly invited, together with government representatives, to give an exposé of the Paraguayan experience in managing the Paraguay-Paraná Hidrovía with Astillero Chaco Paraguayo. In this sense we are also supporting state efforts to develop the hidrovía.

Towards an industrialised economy