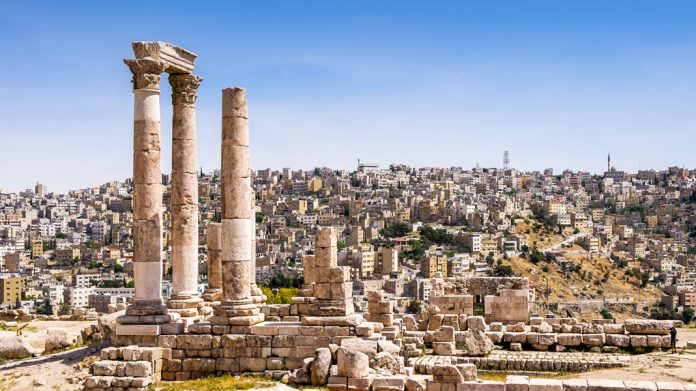 EBRD set to build on a record year of delivery.

The European Bank for Reconstruction and Development (EBRD) will demonstrate how it is playing a key role in helping countries to confront common challenges as it holds its Annual Meeting next week on the Dead Sea in Jordan.

Taking place on 9-10 May, this Annual Meeting is the first to be held in the southern and eastern Mediterranean (SEMED) region where the Bank has been investing since 2012 in the wake of political upheaval in the Arab world.

It comes after another record-breaking year for the EBRD in its delivery to the 38 economies where it invests across three continents to promote competitive and sustainable market economies. The Bank delivered impressive impact on the ground in terms of furthering transition. It was achieved through a record level of financing in 2017 of €9.7 billion, with a particular focus on the green economy.

The President of the EBRD, Sir Suma Chakrabarti (read the interview), will tell a meeting of the Board of Governors, which represents the Bank’s 68 shareholders, how the Bank met its green economy targets set at the 2015 Paris Climate agreement three years ahead of time. He will also point to the EBRD’s increasing emphasis on inclusion and its outreach to women entrepreneurs, as well as its work to make economies more resilient, especially through local currency financing.

President Chakrabarti will say that, on top of its current high levels of delivery, the EBRD can do even more to help the international community deal with common global challenges: particularly in the delivery of the Sustainable Development Goals (SDGs) that were agreed by the international community in 2015 and which have to be fulfilled by 2030, helping to mitigate the impact of climate change and tackling the consequences of migration flows. He will say that mobilising the private sector using the Bank’s widely recognised expertise will be crucial.

The President will discuss with shareholders how to proceed. The EBRD is planning to examine how to invest even more in its existing countries of operations. Once that study is completed, the Bank could then look at what more might be done elsewhere.

The EBRD has made large profits in recent years which are used for further lending and are added to its reserves. President Chakrabarti has said that the Bank has the capital capacity to lend an extra three billion euros a year, if shareholders wish. The Bank’s triple A credit rating was recently affirmed by the ratings agencies.

The Annual Meeting in Jordan will open with an address from His Majesty King Abdullah II ibn Al Hussein and this year the Chair of the Board of Governors is Jordan’s Minister of Planning and International Cooperation, Imad Najib Fakhoury, who will also address the conference alongside President Chakrabarti.

The EBRD Business Forum, which traditionally accompanies the Annual Meeting, is being held this year under the banner of “Energising Economies”.

A discussion on the “Future of Work”, a key theme for all EBRD economies, will be introduced by Her Majesty Queen Rania Al Abdullah.

The EBRD’s economists will also publish their latest economic outlook for the EBRD regions during the conference in Jordan, focusing on the recovery in the region but also looking ahead to potential challenges.