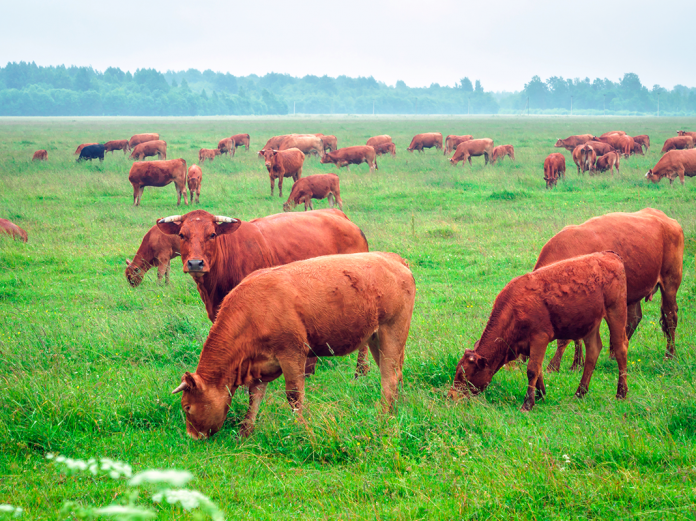 Already the sixth-largest beef exporter in the world and renowned for the quality of its meat products, Paraguay is promoting new initiatives and investing in technology to bring further growth to the sector.

Paraguay’s meat export industry is now so important that it is the sixth-largest in the world, overtaking even Argentina and the European Union, with 380,000 tonnes of exports predicted for 2017. As well as quantity, it has quality and its beef carries a distinctive High Quality stamp, distinguishing it in particularly demanding countries such as Russia.

This high quality also allows it to benefit from a low import duty tariff into the European Union, under the Hilton Quota. Paraguayan livestock is one of the most traditional economic sectors in the country, as well as one of its most dynamic.

The sector represents 12% of GDP and employs nearly 11% of the national workforce. Almost 14 million cattle in 150,000 herds are spread over 26 million hectares. Businesses are mainly family-run; 89% have fewer than a hundred head of cattle and nine out of ten of these animals aredestined for the meat industry. Meat exports reached a market value of USD 1.1561 billion in 2016, a fall of 2.1% compared to USD 1.1807 billion in 2015 because of a drop in prices on the international market.

However, the volume of these exports actually rose by 3.3% in 2016. Chile bought 31.1% of the total value of exports, and in terms of volume most was destine  for the Russian market, which received 32.3% of total shipments, amounting to 101,197 tonnes, in 2016.4 Although currently sixth, Paraguay may soon become the fifth-biggest exporter in the world, following the launch of its programme Paraguay: Fifth Worldwide Beef Exporter at the start of 2017.

“Paraguay’s meat export industry is now the sixth-largest in the world, overtaking even Argentina and the EU.”

This is a joint venture between the Ministry of Livestock, the National Service for Quality and Animal Health, the Rural Association of Paraguay and the Paraguayan Meat Board (CPC), which aims to help the meat industry achieve this goal through an inter-institutional commission. At the moment, Paraguay exports meat to over 50 countries on four continents and is seeking to enter harder and more competitive markets, such as the US, which has 100 million beef cattle of its own. There are already positive signs: 10,000 tonnes of beef were exported to Taiwan in 2016 and industry insiders predict that meat from Paraguay could begin to be sold in Saudi Arabia and Hong Kong before the end of 2017.

In 2017, it is expected that 9.6 billion tonnes of beef will be exported worldwide, and that Paraguay will have a share slightly above 4%.5 The country currently has 17 refrigeration plants suitable for these exports, with a working capacity close to 8,000 animals per day. The president of CPC, Juan Carlos Pettengill, states that the country’s meat industry “has invested a great deal in new technologies.

Over the last 15 years we have put a good investment strategy in place that includes genetics,” although he also believes there is still work to be done to improve the breeding rate in the country. As a result, Paraguay expects to surpass 17 million head of livestock in 2018 and 20 million in 2020. Paraguay has achieved such a notable position in this sector that it has been elected to the board of the Global Agenda for Sustainable Livestock, backed by the Food and Agriculture Organisation of the United Nations to promote dialogue, knowledge exchange and good practices, as well as policies for achieving a globally sustainable livestock population. This election acknowledges the progress made in Paraguay’s livestock value chain in terms of social, environmental and economic sustainability.