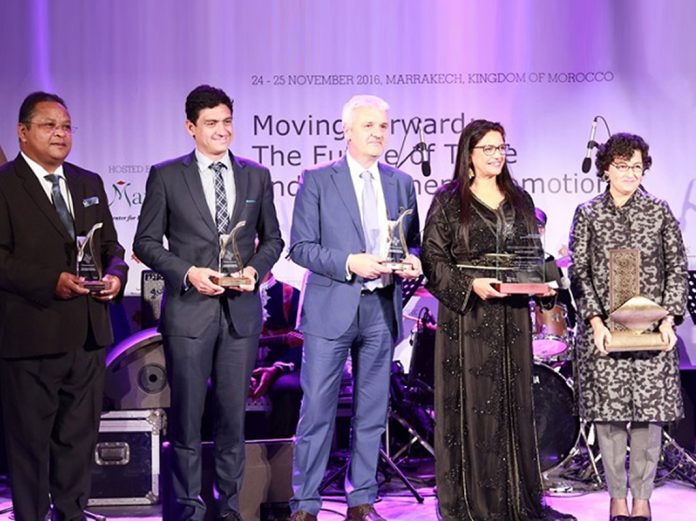 (Geneva/Marrakech) –  As stated on the webiste of International Trade center  www.intracen.org, Trade and investment promotion organizations from Madagascar, Costa Rica and France have been awarded this year’s top prizes for launching innovative programmes in their countries that help small and medium-sized enterprises (SMEs) to better benefit from regional and global trade opportunities.

The awards were presented as part of the 11th Trade Promotion Organization (TPO) Network World Conference and Awards on the evening of 24 November in Marrakech, Morocco. The categories are:

She added that supporting SMEs is critical in today’s competitive global economy: ‘By offering targeted services to enterprises, trade and investment promotion organizations contribute to creating jobs and export income for their countries.’

The International Trade Board of Madagascar supports traditional, semi-industrial and handicraft exports from SMEs. Since its creation in 2013, it has opened a one-stop shop for exports; certified two business clusters as organic and fair trade, opening doors to the European Union and United States markets; has supported seven intermediary organizations to launch their own websites; and enabled luxury-clothing exporters to participate in trade fairs in Europe, Canada and the United States.

PROCOMER’s new awards programme is boosting export diversification for SMEs. Created in 2015, it helps SMEs to be sustainable and financially independent. It has also developed a ‘teamwork’ methodology to bring SMEs together in voluntary alliances, working across the agriculture, food, industry and services sectors.

The 11th TPO Network World Conference and Awards is being hosted by Maroc Export under the high patronage of His Majesty King Mohammed VI of Morocco, in partnership with ITC.

For more about the event, the winners and their accomplishments, please visit www.tponetwork.net

About the International Trade Centre: ITC is the joint agency of the World Trade Organization and the United Nations. ITC assists small and medium-sized enterprises in developing and transition economies to become more competitive in global markets, thereby contributing to sustainable economic development within the frameworks of the Aid-for-Trade agenda and the Global Goals for Sustainable Development.