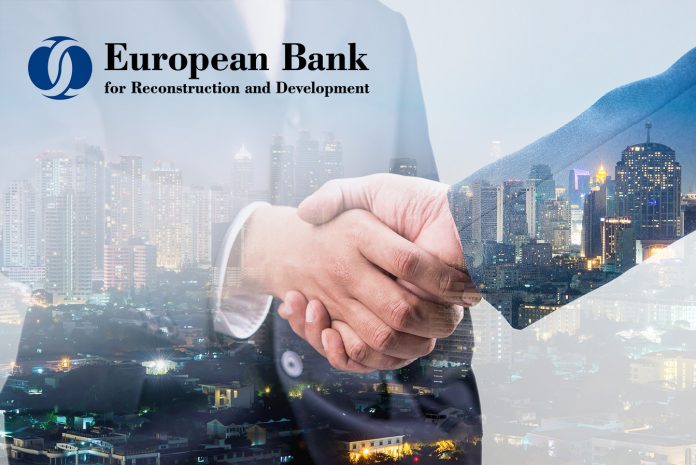 Latest issue of Regional Economic Prospects in EBRD (European Bank for Reconstruction and Development) countries of operations. Growth to pick up in 2020 after a weaker 2019

Growth in the EBRD regions averaged 3.4 per cent in 2018, down from 3.8 per cent in 2017. This deceleration was driven by a very sharp slowdown in Turkey and weaker export growth across the regions’ economies, mirroring the global trade slowdown.

Having tightened throughout 2018, financing conditions faced by the EBRD regions’ economies started easing from January 2019, with interest rates remaining low in historical perspective. The oil price dropped sharply at the end of 2018 but has since rebounded significantly, supporting growth in oil exporters and in countries that receive large flows of remittances from Russia and the Gulf Cooperation Council economies.

Turkey’s economy entered recession in the second half of 2018 on the back of tighter monetary policy and deteriorating consumer and investor sentiment. Elsewhere in the EBRD regions deceleration in the second half of 2018 has been modest. Robust domestic demand continued to support growth in central Europe and the Baltic states. South-eastern Europe and eastern Europe and the Caucasus also experienced robust growth, though with some growth moderation in countries with previously high growth rates. Rising oil prices supported economic growth in Kazakhstan and Russia as well as higher remittances from Russia to Central Asia, the Caucasus and Moldova. Growth in the southern and eastern Mediterranean picked up owing to a combination of higher tourist arrivals, improved competitiveness and reforms in some countries, partially offset by the impact of political instability in parts of the region.

Average growth in the EBRD regions is expected to moderate to 2.3 per cent in 2019 before picking up to 2.6 per cent in 2020. In line with slowing global growth, moderations are expected almost across the board, with the exception of the southern and eastern Mediterranean. Following the output drop in 2019, growth in Turkey is expected to return to positive territory in 2020. Growth pick-ups in Russia and Ukraine and a further acceleration of already-high growth in the southern and eastern Mediterranean are also expected to contribute to higher overall growth in 2020.

In recent years growth in the EBRD regions has become more dependent on global economic conditions than it was prior to 2008. This reflects the region’s deep integration in the global value chains as well as the fact that economies of emerging Europe and Central Asia can no longer rely on transition-related productivity catch-up as a major source of growth. In this regard, the sensitivity of EBRD regions’ growth to changes in external conditions is now similar to that observed for other emerging markets.

This highlights the significant risks to the outlook for growth in the EBRD regions stemming from trade tensions between the United States and its major trading partners. A widespread escalation of global protectionism remains a major concern. The modalities of Brexit are still unclear, and global uncertainty remains high. The security situation in the Middle East and geopolitical tensions are also key sources of risk for the regions’ economies.

On the other hand, many economies in the EBRD regions have strong macroeconomic frameworks and some fiscal space that could facilitate an appropriate policy response to external shocks. In fact, economies in the EBRD regions have been increasingly making good use of flexible exchange rates and inflation targeting to respond to external and domestic shocks. Fiscal policy has also been used as a counter-cyclical tool: on average countries built fiscal buffers during the periods of stronger economic growth and used them at times of adverse economic shocks. Similar trends have been observed among emerging market economies globally.

Leading Edge announces the partnership with the Oil and Gas Council