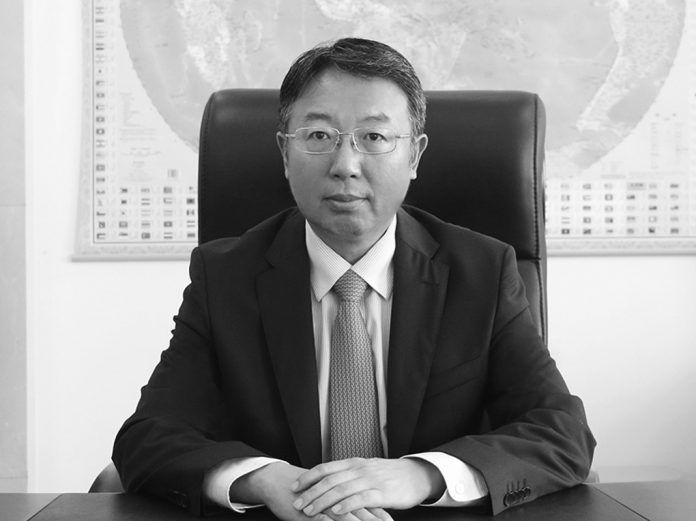 Leading Edge (LE): What role has China played in the reconstruction of Sierra Leone’s economy?

Wu Peng (WP): During the 2014-15 Ebola epidemic, China was the first country to offer emergency humanitarian assistance and we led the international response, sending not just funds and materials, but also medical teams. Additionally, Chinese companies that were in Sierra Leone at the time — like China Railway Seven Group and Shandong Oil and Steel Company — stayed and supported the economy. Which was a huge statement. In fact, when the important mining company African Minerals went bankrupt, Shandong purchased the entire business and its Tonkolili iron-ore mine in an investment worth USD 2 billion: the biggest a Chinese company had ever made in the country. This was a signal of confidence in the Sierra Leonean economy at a time when some investors were sceptical. At the height of the outbreak, operations had to be halted temporarily for safety reasons, but China continued its support and, at President Koroma’s request and as soon as was feasible, Chinese President Xi Jinping persuaded Shandong to restart operations in Tonkolili in early 2016. That was a critical move as it meant that iron-ore exports to China could begin again, benefiting the Sierra Leonean national balance sheet. In 2016, it exported an average of 500,000 tonnes a month to China. That has increased in 2017 to 800,000 tonnes a month, in line with the Sierra Leonean government’s wishes and, at the moment, I believe that Shandong’s exports make up a third of Sierra Leone’s total annual exports. There are many similar kinds of projects being undertaken by Chinese companies to assist the country. Another example is China Railways Seven Group which, in 2017, invested about USD 160 million to build Sierra Leone’s first toll road. This is a major project that is providing critical help to the local economy by employing a lot of local people. The Chinese government has also continued to encourage other Chinese companies to expand their operations to Sierra Leone and accelerate investments here.

I have already spoken to many potential Chinese investors to encourage them to invest in largescale, commercial farming.”

LE: Why has Sierra Leone become an increasingly attractive destination for Chinese investors?

WP: There are several key reasons, perhaps the most important of which is that we have maintained extremely good political and diplomatic relationships since 1971 — which encourages business as it provides a stable platform. In December 2016, President Koroma paid a very successful state visit to President Xi in China, during which the two leaders agreed to upgrade bilateral relations between our countries to the highest possible level, a Strategic Partnership of Comprehensive Cooperation. This has resulted in new investments and a new consensus on how to develop economic and trade relations between China and Sierra Leone. Secondly, since the 1970s, China has undertaken many development aid projects in Sierra Leone, which were implemented by Chinese companies. The Siaka Steven Stadium — the national sports arena — is just one example of a project delivered by Chinese businesses through Chinese government grants. Some of the companies that came to undertake these projects have stayed in the country and built up their operations as other opportunities have presented themselves. In this way, state-led development aid has encouraged private investments. Thirdly, the government’s greatest achievement is that Sierra Leone has been incredibly successful at maintaining peace and stability. This has allowed it to create good conditions in which businesses can thrive, which has given Chinese companies the confidence to invest here.

LE: What are some of the projects China and Sierra Leone are working on as part of this new chapter in bilateral relations?

WP: During the 2016 visit, the two heads of state reached several important agreements. Firstly, China decided to help Sierra Leone develop its national healthcare infrastructure. The first stage of that has been to build a USD-45-million tropical disease provision centre, which should begin operating in 2018. We are also going to increase staffing levels and technology support at a biosafety laboratory we helped set up and at the China-Sierra Leone Friendship Hospital. The other major sector China is committed to is infrastructure development. Throughout the country, we have built many of the new roads and bridges, both via state grants and through private Chinese contractors. By the end of 2017, we will have launched a project to help construct a new ring road and we already have two teams surveying the route. We are also involved in the planned expansion and modernisation of the Queen Elizabeth II Quay, Sierra Leone’s main port. Plans have not been finalised, but we expect to see contracts signed by the end of 2017. This will be a huge project and the second-largest Chinese private investment in Sierra Leone. Additionally, we are cooperating with Sierra Leone in food security, by sending shipments of rice worth USD 7.5 million to help ease the country’s rice shortage.

Sierra Leone has been incredibly successful at maintaining peace and stability. This has allowed it to create good conditions in which businesses can thrive, which has given Chinese companies the confidence to invest here.”

LE: What does Sierra Leone need to do to develop its economy?

WP: We believe that certain sectors should be targeted, chiefly from the consumer perspective. This country needs jobs, as almost 60% of Sierra Leonean young people are unemployed. This is something that Chinese companies have, attimes, complained about in the past — but my advice to them has always been to speak to the government, as it is very open to this kind of dialogue from its local and foreign partners. I like to remind people that Sierra Leone is still a developing country and I believe that it should follow its own path — with advice from partners, but it should be its own path, one that works for the unique conditions found in this country. I am very confident, because of Sierra Leone’s people. They are very entrepreneurial, determined to make their lives better and to work hard to achieve that. This makes me confident that Sierra Leone’s future is bright.

LE: What do you think China’s role should be in Sierra Leone’s future development?

WP: When I think about what we can do to help Africa and, of course, Sierra Leone, I come straight to the recent policy launched by President Xi Jinpeng: the Belt and Road Initiative (BRI). Our Foreign Minister, Wang Yi, has discussed the idea of expanding this initiative throughout the African continent. BRI is not a geographical idea, it is a strategy to promote global business. It is a Chinese take on globalisation and something that Africa can benefit from. Secondly, China’s economy is now driven less by the need for investment and more by consumption. We have major online players, such as Alibaba, who are changing how Chinese consumers shop. Our middle class and young consumers are changing the world. In 2018, China will be holding a major international import-export conference and African countries, including Sierra Leone, should grab this golden opportunity to increase their trade with us. Finally, I believe that my job here is focused on supporting two key areas: agriculture and starting the process of industrialisation. I have already spoken to many potential Chinese investors to encourage them to invest in large-scale, commercialfarming in Sierra Leone as  his country has the natural resources and right conditions. Some 75% of the country’s landmass is fertile, agricultural land and, of this, only 15% is actually being used. Sierra Leone has to import a lot of food, which takes up a huge amount of its imports and damages the national finances. If we can help Sierra Leone become self sufficient in food production, that will be the first step towards the country’s industrialisation.

Leading Edge partners with The Corporate Council on Africa (CCA)