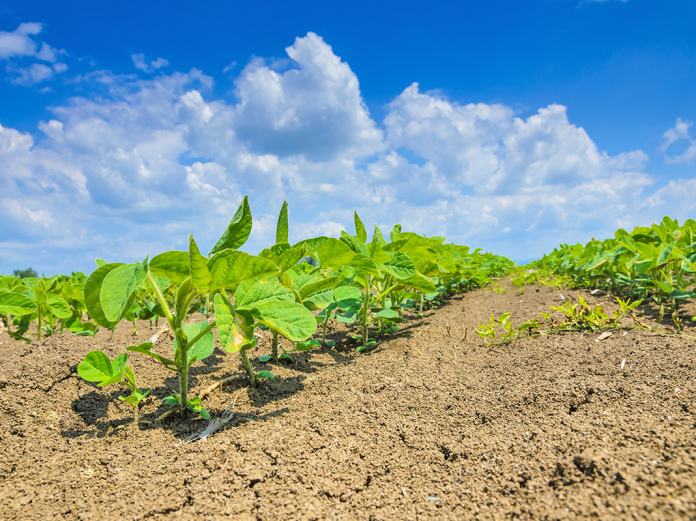 Exports of products from soya beans to meat have traditionally underpinned Paraguay’s economy. The government wants to keep momentum going, and is also encouraging investment in newer products for the country like rice and various seed oils, only too aware that agribusiness also presents great benefits for national social inclusion.

Latin America has around 25% of the arable land on the planet. Paraguay is one of the smaller countries in the region, but also one of the most productive. Paraguay produces nine times the food it consumes. The fertility of its land makes Paraguay a top contender to help the global population surge — set to reach 8.5 billion in 2025, according to estimatesby the United Nations.

The country is the fourthlargest exporter of soya beans, the sixth of corn and the seventh of beef worldwide. Its potential extends further than being the breadbasket of this region alone; its products travel to the European Union, Vietnam and Russia, and their value keeps growing. Paraguay has become one of the largest food exporters in the world in record time: the soya bean business alone comprises almost 30,000 small, medium and large-scale producers and there is still significant investment potential in the sector, despite question marks over international prices. Soya bean exports rose by 18% in 2016 compared to 2015, even though the market value gained only 14.1% as a result of the fall in international prices.

However, in the first quarter of 2017 the cost of the main raw materials and commodities rose slightly, precipitating an increase of 17% in the value of exports from Latin America and the Caribbean, thus ending four years of losses.2 In March 2017, the Minister of Agriculture and Livestock, Juan Carlos Baruja, stated that Paraguay’s 2016/2017 soya bean production would exceed 10 million tonnes; a record volume and the first time such a  figure has been reached in the country’s history.

“The fertility of Paraguay’s land makes it a top contender among countries able to help the global population surge; set to reach 8.5 billion in 2025.”

This, he added, would mean income of three billion dollars for Paraguay. Agriculture and livestock represent 25% of Paraguay’s GDP, and despite the growing importance of beef in international markets, this oleaginous  seed continues to be the Paraguayan economy’s main export, with a value of USD 1.819 billion, compared to USD 1.101 billion for beef exports in 2016. Exports of cereals reduced significantly — by 22% — to almost 3.654 billion tonnes, although their value registered a decrease of barely 6% to 682 million USD. This performance is largely due to the reduction in corn and wheat shipments: -23.1% and -3.9% in value, and -34.3% and -7.6% in volume, respectively.

These figures were slightly improved on by the positive results from rice exports, which rose in value by 51% and in volume by 50.3%. As regards corn, national production increased by 3.3% with   marked increased in national consumption propelled by the increasing amount of grazing cattle, as well as the growing importance of the poultry sector.3 In addition, wheat is enjoying stable production and increased national consumption, with wheat flour exports also on the up.

The latest report from the US Department of Agriculture places Paraguay seventh in the list of corn exporters, with a world market share of 2.3 billion tonnes. The figures show the dynamism that the national bulk production line fosters beyond soya bean production: wheat is exported to 32 countries, soya beans to 25 countries, and corn to 60 world markets.4 The 2014-2030 National Development Plan, the 2014-2018 Agrarian Strategic Framework, and the 2014-2018 Institutional Plan are part of the strategic plan which has fixed a target for 2017 of a 42% expansion in the coverage of its technical support for family-owned agriculture.

For 2017 the Ministry decided to increase the sector share of GDP it already has,5 incentivising both production and investment through the promotion of value chains and competitiveness, to exploit the benefits that the sector represents for social inclusion. Paraguay ranks ninth in Latin America for organic crops, a productive sector in which Paraguay has great scope for growth due to the competitive opportunity it offers.