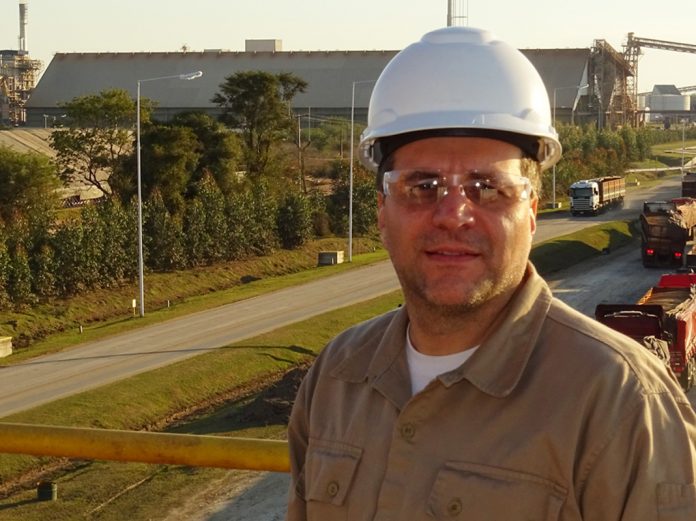 Leading Edge (LE): What is your opinion of Paraguay’s current position both in the region and internationally?
Diego Puentes (DP): From an agricultural and forestry perspective, Paraguay is a powerful player in this part of the world despite its small size. It is also important to point out that Paraguay is considered to be one of the countries with the best business climate in the area.

LE: What is your opinion on the degree of diversification and global impact of the agribusiness sector of Paraguay?
DP: Today, the importance of soya bean and meat outstrips that of other products, but at this rate we could soon be adding other industries to our production chain.

LE: There is exponential growth in Paraguay in processed soya bean products, as well as a visible trend of industrialisation. How have Paraguayan investors evolved in this sector and in the country?

DP: There has been more than US$400 million invested in soya bean processing in the last four years, so it is important to note that related industries such as river transportation are also experiencing significant investment as a knock-on effect. We are currently taking the first steps towards the industrialisation of soya bean production, but as a country I think we should direct our efforts towards converting plant protein into animal protein before exporting it, as well as towards developing a modern soya oil industry to export processed products to the world.

LE: At CAIASA the waterway is the industry’s preferred logistical partner. How will it benefit you?

DP: In recent years, logistics have undergone important development, and the efficiency of water transportation has allowed Paraguay’s products to reach the world at very competitive prices.

LE: In addition to irrigation systems, what are the current technology needs inf the sector?

DP: Perhaps an immediate need is for a variety of seed that is adapted to the climatic conditions of the Chaco, where there is still much land for planting. It is important to note that providing infrastructure such as ports and communication to places with enormous planting potential can also play a crucial role.

LE: Turning our attention now to the consolidation of productive chains, tell us about CAIASA’s role in the Dreyfuss-Bunge global supply chain.

DP: CAIASA is important for both the Louis Dreyfus and the Bunge Company to consolidate their positions in Paraguay. Although we are a small country and our volume may not be as globally important as others’, I think the success of this joint venture will boost both giants to undertake similar projects elsewhere.

LE: What policies are being implemented to increase supply to local industries?

DP: On the scale of our industry, the current supply of vegetable protein far exceeds the absorption capacity of the animal protein industries. It would be interesting to see a state policy that encourages the production of animal protein. We also face tariff measures from developed countries that penalise our processed products with taxes, but they buy our soya beans in their natural state without any taxes in order to add value to their income but not to ours.