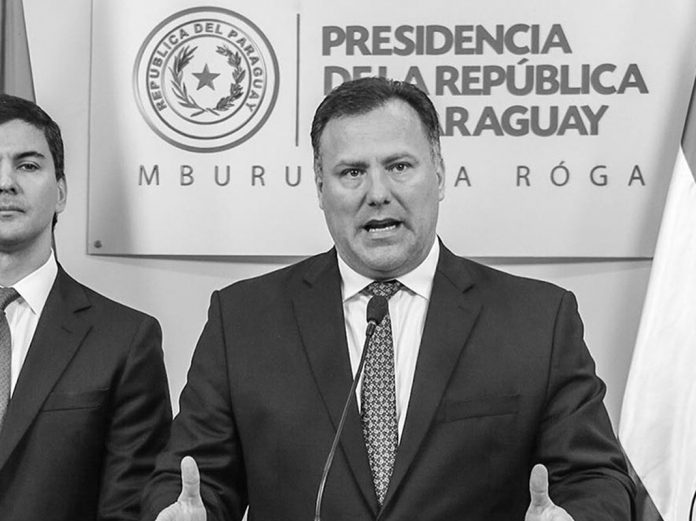 Leading Edge (LE): How would you describe the international positioning of the country?

Minister Ramón Jiménez Gaona (RJG): The positioning of Paraguay, is, without doubt, privileged. We are enjoying excellent economic performance in our region. Historically speaking, Paraguay is a country that has always depended on the development of the economies of our neighbouring countries, but now we have been able to overturn this trend. Paraguay’s economy is undergoing consistent growth.

LE: What is the significance of this administration’s most important infrastructure projects?

RJG: Since this government came to power, we have implemented projects that have equalled or surpassed anything in the last 25 years. We are developing very aggressive programmes, which are justified as Paraguay is among the least developed countries in infrastructure while being one of the Latin American and worldwide countries with the highest projected growth for the coming years. The infrastructure plan that the Paraguay government is putting into action is valued at approximately USD 200 million. A large jump that represents 3.5% of our GDP.

LE: Do you think that Paraguay will be capable of sustaining this very high investment growth rate?

RJG: We are convinced that Paraguay is now a reality for investors. We have managed to improve the institutional capacity and that helps in the growth of the economy. We also have to remember that Paraguay is a step away from being Investment Grade, which will allow it to continue attracting investments to the country and achieving further growth.

LE: How has the Investment Grade process gone?

RJG: The process was not easy, because in order to go above the public investment level that is defined by the budget, we have integrated laws that allow private investment funds to be included in public works. One of these laws is the Public- Private Alliance. These are new tools that the government can put into operation with the single objective of achieving further development for the country.

Historically speaking, Paraguay is a country that has always depended on the development of the economies of our neighbouring countries; but now we have been able to overturn this trend.”

LE: What value do you give to the level of transparency the Cartes administration has achieved?

RJG: It is a radical change to the way the state was managed in the past. We are starting to recruit public officials through an exam system. Something that in other countries seems normal. Another important measure is competition between institutions, which creates a sense of belonging and allows those highly able administrators with a future in the public sector to step forward.

LE: What would be your message to future investors who want to invest in Paraguay?

RJG: Paraguay is going to continue to be an investment target for the next ten to 15 years. Needs have been identified amounting to USD 20 billion, in order to put the country in a position which will allow it to lift itself out of poverty. Our country’s needs are opportunities for investors. Today we meet all the requirements so that any country in the world would want to come and invest in Paraguay. In fact, we have companies operating here from Spain, Japan, Korea, Argentina and France. Investors and companies know that the doors to our ministry are open. We want the best companies in the world and we are ready to pay what we think is fair in the international market to work with these companies. Furthermore, we are able to offer favourable conditions to companies that come to invest in Paraguay.

JBS feeling at home in Paraguay