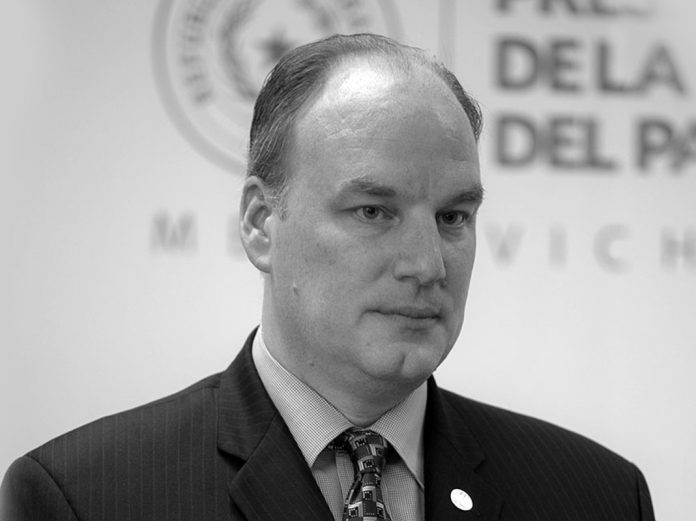 By 2020, Itaipú Binacional is aiming to have strengthened its position as a clean and renewable energy producer with a fully optimised operational implementation and the greatest sustainability practices in the world, having a positive knock-on effect on sustainable development and regional integration. Its overall mission? To generate quality electrical energy for Paraguay and Brazil

Interview with James Spalding, director of Itaipú Binacional for Paraguay

James Spalding (JS): President Horacio Cartes’ government is fulfilling its electoral promise: to lay the foundations for the country’s progress and for development that will  benefit everyone and that will be based on transparency, decisiveness and efficiency in management. Paraguay has a strong history of macroeconomic stability, but the current international interest in the country is the result of a new backdrop, with greater openness and awareness of the opportunities the country offers. International investors are starting to confirm what the national private sector already knew: that Paraguay has a favourable investment climate. There are fundamental elements that make this possible, which include the tax regime (including the maquila programme), a young labour force, an important regional market and the competitive price of electrical energy.

LE: In 2016, Itaipú produced 75% of the energy consumed in the country, achieving a world record. Tell us more.

JS: Yes, 33 years after the production of our first energy unit, in 2016 Itaipú achieved a new world record with the generation of 103,098,366MWh. This avoided the consumption of more than 500,000 barrels of oil per day and emissions of more than 85,000,000 tonnes of CO2. The company also achieved equipment efficiency of 96.3%, two percentage points above its business target. With regards to the national demand, in 2016, Itaipú provided the National Electricity Administration (ANDE) with 76% of the nation’s total energy consumed, with a further 16% from Yacyretá and 8% from Acaray. Paraguay is in an enviable position, as we are able to rely on these three hydroelectric plants, which have supplied 99.99% of ANDE’s requirements. Paraguay has 8,820MW of installed capacity and in 2016 it used approximately 25% of the available energy generated. The surplus is sold to Argentina and Brazil.

International investors are starting to confirm what the national private sector already knew: that Paraguay has a favourable investment climate.”

LE: What are your current priorities?

JS: Our first responsibility is to maintain the company’s excellent indices and ratios, thereby ensuring the optimum use of running water, availability of turbines and the generation of energy in quantity and quality. A plan to update our technology is currently being put into place. The aim is to remain at the forefront of technology in the equipment and systems used for the automation of the plant and security. This includes the machine room, centralised control and auxiliary services, as well as the Right Bank substation, dam and landfill. At the same time, Itaipú has important initiatives for social and environmental responsibility. We firmly believe in a triple bottom line, looking at social and environmental factors as well as economic aspects. In fact, with more than 100,000 hectares of protected areas, Itaipú contributes decisively to environmental protection and conservation, producing oxygen for more than 22,000,000 people every day. We are very proud to have been approved by UNESCO to become part of the World Network of Biosphere Reserves this year.

Paraguay: a shift in the development paradigm

Cameroon: brimming with the energy needed for economic development