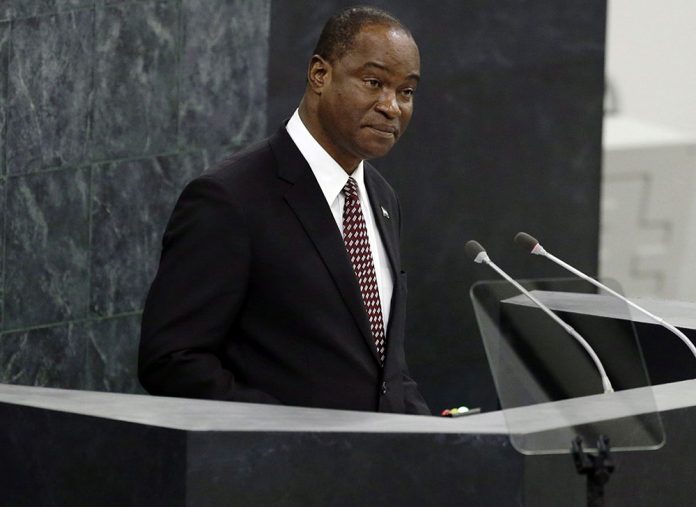 Leading Edge (LE): What impact is Sierra Leone’s foreign policy having on its development?

Samura Kamara (SK): Our foreign policy is now focused on advocating regional and global peace, security and development, and on positioning Sierra Leone as an effective partner for achieving these things. We have transformed our Foreign Service in order to implement these objectives, which will help us to become a middle-income country by 2035, and a developed and donor nation by the end of the 21st century. Our foreign policy forms the basis of our participation in sub-regional, regional and global multilateral organisations, such as the Mano River Union, the Economic Community of West African States, the African Union and the United Nations. These give Sierra Leone a voice, legitimacy and representation, but have also led to collaborations that promote peace, security and development with member states and entities like the African Development Bank, the International Monetary Fund, the World Bank, the Islamic Development Bank, the Commonwealth, the Organisation of Islamic Cooperation, the Non-Aligned Movement and the European Union. Our bilateral ties and collaborative projects with US, UK, Japanese and Korean government agencies, for example, form an integral part of our foreign policy and are providing economic, political, social, cultural, scientific and technological benefits that will drive sustainable development. As signatory to major international treaties — such as those protecting women and children, human rights and justice — Sierra Leone has been able to support its citizens. By promoting international cooperation, respecting the sovereignty and territorial integrity of other countries, adhering to international law and treaty obligations, and seeking the settlement of international disputes by negotiation, reconciliation, arbitration or adjudication, Sierra Leone has enjoyed political stability over the past decade. This recently led to the Institute for Economics and Peace ranking our country as the most peaceful in West Africa and the  9th most peaceful in the world, ahead of the UK and France.

LE: How has the 2014-18 Foreign Service Transformation Strategy helped the country?

SK: Our foreign policy had been heavily weighted towards political diplomacy for over four decades. But when we moved into the new millennium, nation building began to stretch beyond politics by incorporating the social and economic aspects of globalisation. Sierra Leone had to reconfigure its foreign policy to include economic and social, as well as political, diplomacy and to focus attention on building capacity in critical areas, forging new alliances and scaling up our diplomatic presence. To implement the transformation strategy, staff were recruited at various levels within a revamped structure at the Ministry of Foreign Affairs and International Cooperation (MFAIC). We now have a new Directorate of Research, Planning and Knowledge Management, a new Directorate of Legal Affairs and International Conventions, a reconstituted Economic and Technical Cooperation Directorate, a Multilateral and International Institutions Directorate, an Administration and Finance Directorate and a Protocol Directorate. With this strengthened capacity, the MFAIC is now equipped to advise, coordinate and collaborate with other government bodies to ensure optimal interaction with international institutions, countries and the domestic diplomatic community, and to make certain that Sierra Leone’s issues are reflected in the national and international circles that deal with economic, and broader, current and emerging global issues. A key part of the transformation is to continue to open diplomatic missions in strategic areas, like Turkey, Indonesia and Kenya — three major trade and diplomatic hubs that Sierra Leone can utilise to increase and strengthen economic and diplomatic ties. Overall, the transformation has changed the mentality of the Foreign Service towards engagement in and contribution to key economic and trade-oriented activities.

My ministry encourages effective collaboration with international partners and works with other government bodies to ensure that international support is fully utilised, on the terms agreed.

LE: How is Sierra Leone working with the African Development Bank (AfDB), the International Monetary Fund (IMF), the World Bank (WB) and China?

SK: The AfDB, IMF and WB are Sierra Leone’s long-standing major development partners. They supported us during and after the civil war, the Ebola outbreak and the commodity-price collapse. The post-Ebola recovery programme and the President’s development priorities continue to receive much needed financial and technical support from them. Sierra Leone and China also have a long-standing relationship, which has been beneficial to both. We have secured funding from China for major infrastructure projects, as well as grants and loans to rehabilitate and construct various buildings, investment from Chinese companies in construction projects and Sierra Leoneans have received training in Chinese educational institutions and businesses.

LE: What strategy has your ministry adopted to sustain support for Sierra Leone?

SK: Our country has benefitted immensely from the goodwill of our international partners, and sustained goodwill and contact is achieved through participation in the major sub-regional, regional and global organisations. My ministry’s mandate is to show the world what Sierra Leone represents and it uses these forums to demonstrate commitment to democratic principles, address current and emerging global issues, and to share the government’s plans for sustainable development. My ministry encourages effective collaboration with international partners and works with other government bodies to ensure that international support is fully utilised, on the terms agreed. The MFAIC also collaborates closely with high commissions, embassies and consulates in Sierra Leone, providing relevant information and explaining government policies. For this, partners and investors can now access Sierra Leone’s enhanced General Data Dissemination System, an essential source of statistics for making partnership, policy and investment decisions.

LE: Is the programme to harness Africa’s diaspora for development achieving results?

SK: One of President Koroma’s continuing priorities is bringing home Sierra Leonean expertise and knowledge from around the world for the benefit of national development. The President created the Office of Diaspora Affairs to coordinate this vision and we have an improved recruitment strategy, where jobs are advertised online and applicants are interviewed digitally. Sierra Leoneans overseas are being encouraged to invest in the private sector with the reform of the business registration process, investment incentives and a new fast-track adjudication court. Our diaspora has also been encouraged to contribute to infrastructure development, with government land being made available for housing and business construction. These initiatives have resulted in an increasing number of qualified Sierra Leoneans returning, taking up employment, investing in businesses and embarking on a construction drive. The major developments in energy and road construction have also catalysed the transfer of resources from the diaspora into business interests at home.

LE: How can African leaders work together?

SK: President Koroma recently reiterated the need for African leaders to pull their resources together to realise the dream of a conflict-free and prosperous Africa by 2020. Recently, we have seen the continent used for terrorist activities and African security forces should work jointly to curb this. Our border security agencies need robust monitoring to stop the inflow and circulation of arms and ammunitions. African leaders must constantly engage in decisive strategic dialogue with international partners
about global policies and practices that impact negatively on Africa and its people. Our leaders have to put their citizens first and ensure that global solutions take local realities into consideration. African leaders must also continue to strive for economic advancement and good governance, through collaboration in sub-regional and regional organisations and initiatives, cross-border and inter-continental trade, and skills transference to encourage meaningful employment and end youth unemployment. The concept of African Unity should be the guiding principle — as African leaders can use their common social and cultural ties to promote political and economic advancement, as well as peace, on the continent.

Exclusive interview with Ernest Bai Koroma, the ex-President of Sierra...

Invest Africa THE ANNUAL DEBATE 2019 event to take place in...