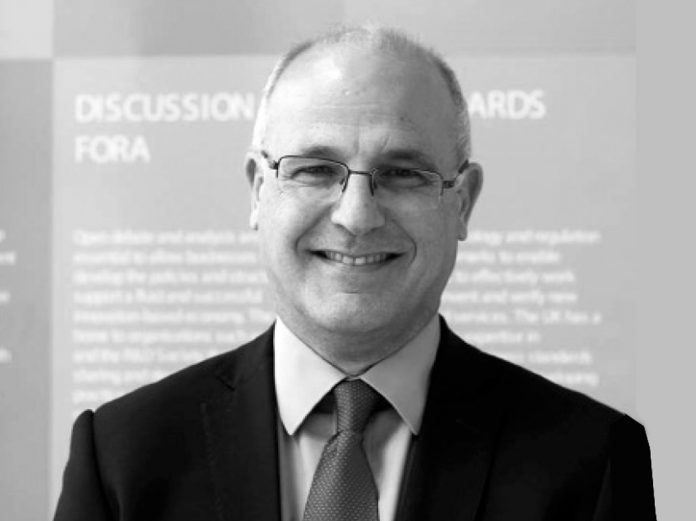 Michael Aron, Her Majesty’s Ambassador to the Republic of Sudan,  discusses the history and the continued strength of the relationship between Sudan and the UK

Leading Edge (LE) :  How much do you think the British know about Sudan?
Micheal Aron (MA): Sudan is very famous in British history because of Gordon of Khartoum. He was the Governor in 1885, when the Mahdi attacked Khartoum and Gordon was killed. This event is famous in British history, so most people in the UK know at least a little about Sudan. In 1898, Kitchner came and recaptured it so these are two very important battles. Winston Churchill was here in 1885 as a very young soldier and wrote a book about his time in Sudan.
The British recognise Sudan as an important country; it has an important strategic location, between Sub-Saharan Africa and the Middle East and North Africa. Sudan lies between the Arab world and Africa, and it is part of the Sahel, going across Africa as well. Yes, there is a lot of instability in the region — in Libya, Yemen and South Sudan — and we desperately do not want to see Sudan become another failed state.

LE: Do you see the National Dialogue improving relations?
MA: The National Dialogue is part of the peace process, but more important is the arrival of peace itself. The relationship between the government and the armed movements is getting better, but still needs a lot of work. We have been working with the Troijca of the UK, the US and Norway; traditionally part of those countries supporting the peace process. We cooperate with our colleagues, like the Germans and French, too, to try and work on the armed groups and to encourage the government to communicate.
Recently, there was a meeting in Addis Ababa at which some progress was made; the government signed the document, but the rebel parties didn’t. There is still some work to be done so that the agreement between the rebels and the government is signed. And that agreement can then, in turn, become part of the National Dialogue. The problem with the Dialogue is that it isn’t inclusive. To make it a real national dialogue it needs to bring in external groups and the internal opposition. It is going to be tough, but we will help, and try to encourage both parties to move in that direction during the course of the next six months or so.

LE: Sudan and the UK are said to be entering in strategic discussions. Can you please explain more about this?

MA: The Africa Director from the Foreign and Commonwealth Office has taken part in a new strategic dialogue with the government of Sudan as part of our joint efforts to start looking forwards instead of backwards. We want to try to come up with things that we can do together, and which will be beneficial for both sides. Trade has declined a lot in recent years and we think there is scope to boost it again. There are companies from both Sudan and the UK interested in expanding trade relations, and we are helping to encourage this bilateral trade.
We are also cooperating in areas of climate change; we have a project with the Ministry of Environment and the UN agencies to try and help Sudan tackle such issues. While the way forward was agreed in Paris at COP 21, all countries must now actually implement that agreement. So we are helping Sudan to do just that. We are looking at how the Department of International Development can increase their presence in the country, bearing in mind that they spend about £15 million (GB) a year on humanitarian and development assistance. We are looking into how we can work with the Sudanese to make that more effective, to eliminate poverty and to start developing the economy.

LE: Trade has a lot to do with investment, and many opportunities in Sudan are unknown to investors. How can the UK help to promote those areas?

MA: One of the initiatives we were talking about recently is staging an event in London to promote investment in Sudan, facilitating the Sudanese going to London and explaining the situation here on the ground, so that British companies and banks can see for themselves. It is important to develop this in the next six months or so.

LE: Mashrouy — what a great initiative. Why has it become so successful in your eyes?

MA:  The projects shown on this TV show are important to Sudanese society, let’s say for instance the project to detect breast cancer better, or the one for tanning leather without using so many chemicals. There was also one that extracted gold from the ore by using much less mercury than usual. The contestants have worked in all the big cities of the country. To encourage people to come up with good projects, they have been doing workshops too. We have also brought in young entrepreneurs from the UK who’ve travelled all around the country and taken part in these workshops. The team behind the programme included us, the British Council and the Sudanese Young Business Men association but also Blue Nile TV, who have been great. They’ve helped to get it out to the public and make it into a very big success.

LE: What is your final message and ultimate goal as UK Ambassador to Sudan?

MA:  Sudan has the potential to be a successful, predominantly Islamic country. Islam here is very moderate, and there is no extremism present. We want to help Sudan become a successful, mostly Arab and Islamic state with an economy that has oil but is not dominated by it. Indeed, the country has lots of other natural wealth. If Sudan can achieve that, it will be a healthy model for other African and Arab countries.

LE: What migration patterns have you observed in the region?

MA:  The biggest priority in London in relation to Sudan is migration — the big issue in Europe. Sudan is a transit country with lots of Eritreans and Ethiopians travelling through it and Libya, across the Mediterranean to Europe. That is very big in people’s minds. I think that the sign of success will be when people in these countries want to stay because they have opportunities here. Most people want to be with their families and they don’t want to go off and start a new life for no reason.
If we can help Sudan develop into a successful and prosperous country, then it will be a trading partner for us, a force of stability in the region and a place where its people can live in peace and security without the need to go abroad. That is a long-term aim, but it is where we want to help Sudan.