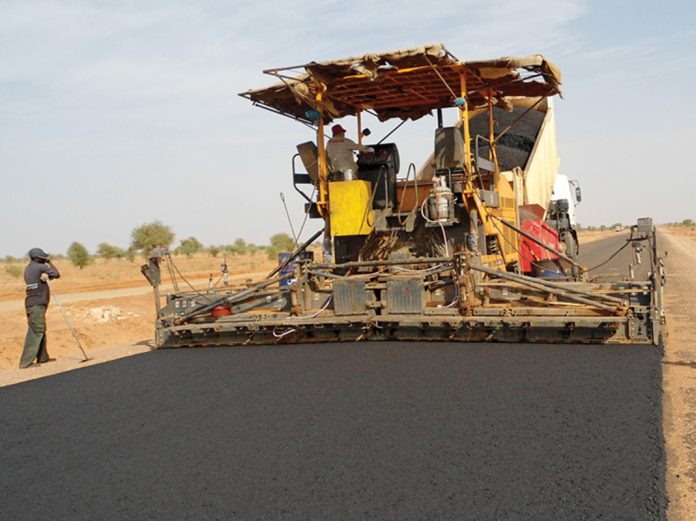 The pure geographical nature of Sudan gives it a headstart when it comes to constructing a state-of-the-art transport network.

The pure geographical nature of Sudan gives it a headstart when it comes to constructing a state-of-the-art transport network. As Africa’s third-largest country, and as a landmass bordering seven other nations and boasting 853km of coastline, there are great gains to be had in terms of both domestic development and international connectivity.

The urban sector accounts for more than 60% of Sudan’s GDP (UNDP). Investments and services are concentrated in and around Khartoum state. However, weakness in the transport network remains one of the greatest constraints to a more evenly distributed wealth set-up, and to an even more dynamic agricultural economy. And so, the country is looking to improve its transport infrastructure, in part to help spread the benefits of growth to all parts of the country but also to boost further national integration. The Sudanese government is only too aware that investing in transport infrastrucutre will also go a long way towards reducing poverty, strengthening political stability and enhancing economic growth. The benefits do not end there though; better transport would boost the volume and competitiveness of domestic trade and of Sudanese companies on the international scene.

The Sudanese government is interested in a continual and steady investment in infrastructure. In the words of the International Monetary Fund, “outcomes from sustained investments in infrastructure have positive effects on economic growth and the welfare of the population.” There has aleady been some progress  in rehabilitating the transport infrastructure, which in some cases was damaged by the conflict that led to the 2011 split between Sudan and South Sudan. In other cases, maintenance was simply lacking.

The Sudanese Ministry for Transport, Roads and Bridges has prepared a 30-year transport plan to guide the way with the development of transport infrastructure. It addresses all modes of transport, the major ones being roads, railways, river transport, air traffic and seaports. The Sudan National Transport Master Plan  (NTMP) has conceptualised the development of a transport sector that not only serves Sudan but also the neighbouring land-locked countries: Chad, the Central African Republic and the Republic of South Sudan. Such a network would make Sudan an important gateway for international merchandise between these countries.

According to the World Bank, the preparations for carrying out the NTMP have been completed and so have various different studies on private sector participation (PSP) in rail transport; on Port Sudan trade facilitation; and on Inland River Navigation Diagnostics. Their implementation is now underway, the happy result of the preparatory studies having delivered sound sector-development policies and strategies.

Railways were the earliest mechanical means of transport to be introduced in Sudan. The construction of the first railway line started in the 1890s, and stretched from the north of the country down to Khartoum. The idea was to facilitate the advance of the Anglo-Egyptian army. Today, Sudan has an extensive rail network — almost 5,000km long — which serves mainly the northern and central parts of the country. The railway system has been restructured into two: the public Sudan Railway Corporation (SRC) which owns the physical assets and a second group of operations in the private sector. The latter comprises ten private companies, and they run operations on different lines.

In its Railway Strategy (2013-2017), the Sudan Railway Corporation proposed to restore a number of key lines, including the Khartoum-Port Sudan line, and to link more Sudanese regions by railway lines. Considerable investments are wanting for the rehabilitation of the existing railway infrastructure, and in particular for carrying out the proposal to move from narrow gauge track to wide gauge.

The railway system in Sudan has been vital for many years partly because of its ability to shift the large volume of agricultural exports produced in the country, and at low cost. In addition, it is able to transport inland the increasing imports of heavy capital equipment and construction materials needed for development, such as apparatus for oil exploration and for drilling operations. Contracts have already been signed to link the Sudanese rail network with the one in Chad. A project to restore the rail link to Southern Sudan has been completed and Sudan is also looking at linking its rail system with Egypt. Another major pan-African project aims to use a railway line to link up Port Sudan and Dakar in Senegal.
Sudan boasts of one of the earliest aviation companies in Africa and the Middle East, and operations began in 1947. Sudan Airways was originally established as a part of the country’s railway department to provide air transport to the most inaccessible areas of Sudan, but since the 1960s it has operated commercially as well. Sudan Airways now has a network of domestic flights and regular scheduled flights serving several destinations in Africa and the Middle East. The company is fully owned by the government of Sudan and is a member of the International Aviation Transport Association (IATA), the Arabic Association for Air Transport, and the Africa Airlines Companies Association. Sudan has 30 airports, of which two are international and nine are regular airline destinations.

The Sudanese road network has sprawled over the past years. Over 90% of inland transport services in Sudan are on roads and the total road network in the country is estimated to be 32,425km of paved and unpaved roads (IMF) spanning national highways, state roads and urban roads. As only 7,200km are paved roads — mainly in northern Sudan — the government is keen to improve the state of the national road network and to make the majority of roads all-weather resistant, to be able to use them equally as well during the rainy season. Again, increasing the efficiency of the road transport services, especially in the most rural of areas, would work to boost local development. The roads are the joint responsibility of the federal, state and local governments, and the National Highways Corporation makes policies and sets standards for all roads.

The use of road transport and bus services is expected to increase in tandem with the final layers of cement being added to newly paved roads. The Ministry of Transport, Roads and Bridges is also aiming at improving the connection of Sudan’s road network with neighbouring countries, a case in point being the Western Salvation Road linking up with Chad, and another being a road to the Central African Republic.

Port Sudan has been the sea entry point for Sudan for over one hundred years and is located on an inlet of the Red Sea. It is the country’s most important port and the only one with a deep-water harbour. The Sudanese Ministry of Transport is looking at how to improve the port in order to help expand exports and how to increase the trade among the countries of the region. Some of the measures to be undertaken include the computerisation of financial operations and procedures, the development of the handling service and the modernisation of transactions to match international standards in the port. Sea Ports Corporation is a public enterprise that is the main authority in the marine transport sector. It was set up in 1974 to construct, develop and maintain Sudan’s ports and harbours. The Sea Ports Corporation has plans to complete the construction of a new oil terminal for the exportation of oil products by 2020. Another port nearby is the Sawakin Port, which opened in January 1991 and is capable of handling an estimated 1.5 million tonnes of cargo a year.

River transport on the Nile is another means of moving around Sudan, and one that is expected to increase and play a greater role in the movement of goods. The River Nile traverses Sudan from south to north and is a gift of an inland transportation route. Although traffic has been limited for some years due to physical obstacles and the effects of years of conflict, commercial transport services are now set to resume or to increase, such as between the southern parts of Sudan to Juba, the capital of South Sudan. To enhance the efficiency and growth of the system, the River Transport Corporation (RTC) was recently privatised.