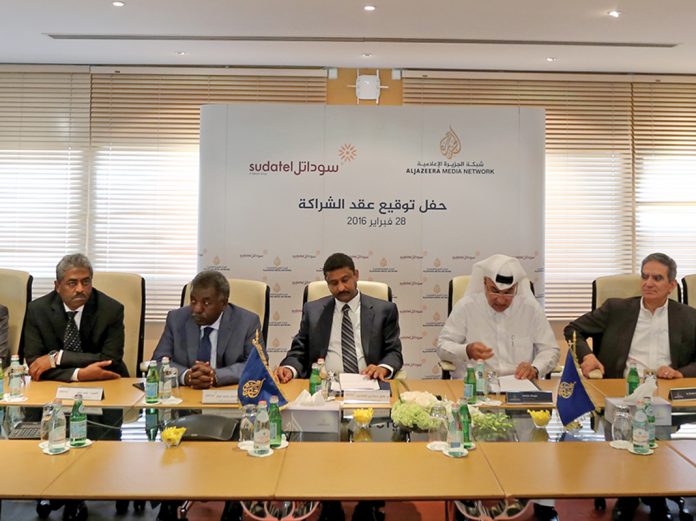 From mobile operator to CIT giant. Part of Sudatel’s future strategy could not be clearer, and yet the company remains healthily open-minded about who exactly it might work with and where

Sudatel’s ambition to grow from mere mobile operator into the bigger boots of a fully fledged, global CIT operator is in motion. First and foremost a mobile services provider, Sudatel will increasingly spread its tentacles into the CIT sector to become a service provider in the wider sense.

It will embrace CIT services, data centre, and IUT, as well as content and IPTV (a system through which television services are delivered using the Internet protocol suite over a packet-switched network). It will develop its cloud services at the data centre, and work with e-government. This vision is part of what is laid out in a five-year strategy for the time-frame 2016 to 2020, the thrust of which can be conveyed with one word: transformation. Sudatel’s self-dubbed “transformation strategy” will, in a nutshell, see the Group morph into an integrated telecom operator and CIT solutions provider.

The Group is currently in a phase of investing heavily in its future growth and strategy. Consequently, it has set aside some $500 million (US) for the further development of its infrastructure, which is the vehicle via which it is able to nurture its burgeoning ecosystems. The knock-on effect of this is to aid economic prosperity, in turn increasing sustainable transformation throughout the markets in which it operates.
Sudatel’s Chief Strategy Officer Nazar Gadkarim Ali Arabi, said: “Last October we finalized and started carrying out an exciting strategy for the next five years, which was approved by the board of directors. The strategy is mainly about transformation, and that term encompasses the internet of things — digitizing the workplace and the home. With ‘transformation’ we are talking about the full spectrum of the CIT services that what we would like to transform into.”

TO SUDAN AND BEYOND

Sudatel is on a mission to lead the CIT sector firstly in the MENA region. The company has already broken new ground and deployed many innovative mobile and fixed technologies that have helped Sudan and other countries enhance their positions as leading global CIT economies. Global IP traffic has increased fivefold over the past five years, and will increase threefold over the next five years (source: Cisco Visual Networking Index).

In particular, the Group is prioritising investment in broadband and strong fiberoptic networks to reach its goals. Sudatel’s telecommunication infrastructure already comprises a fiber optic network extending beyond 14,000km (Company estimate). The network links the country to neighbouring Egypt, Saudi Arabia, Ethiopia and Chad, whilst connection to Libya is in the pipeline. This leads to to invaluable access to both Mauritania and Senegal.
As discussed in the article “The company preserving Sudan’s colourful telecommunications past”, Sudatel is also heavily involved in wider pan-African telecom projects like the Eastern Africa Submarine cable System (EASSY), ACE in West Africa, as well as SAS1 and SAS2 which connect Sudan with Saudi Arabia across the Red Sea. All these projects highly favour sustainable development by helping to fill Africa’s digital chasm.

Mr Gadkarim said, “You find a lot of different services and layers at the pinnacle of connectivity. We would like to offer unique CIT services, content and IPTV through this connectivity, and we are looking forward to providing data centre services through it, too. So, connectivity is the base layer that will allow Sudatel to meet its future objectives.”
In whichever city or country they are contributing their expertise, it is in Sudatel’s DNA to create smarter cities by digitizing their initiatives. It has brought smarter services into every aspect of their customer offerings, and has provided a range of end-to-end managed solutions to a multiple industry verticals.

SUBMARINE CABLES: THE LIFEBLOOD OF DIGITAL

Sudatel has already invested in knowledge-intensive goods that increase computing power and communications technologies for clients, notably its submarine cable and data center. And so the building blocks have been laid for Sudatel to create robust digital platforms facilitating both its own and its country’s participation in the international marketplace.

Submarine cables are the basis of technology acquisition and implementation and the overwhelming majority of international data is transmitted by this type of communication cable. Sudatel’s investment in them testifies to the company’s keen interest in harnessing the power of cross-border flows of goods, services, finance, data and communication. This is an area which will grow to the rhythm of Africa’s advancement. The Group wants to project just quite how much and how quickly their networks and structures are evolving and meeting demand, whilst also complying with international standards. Sudatel has boosted capacity with submarine cables upgrades, and now it is in a position to reap the benefits from increases in internet and communications traffic.

Submarine cables will be critical in enabling Sudan to become a regional hub by facilitating the flow of goods, services and capital in the digital ecosystem that they form. The incumbent President of Sudatel, Tarig Hamza Zain El Abdein, has prioritised closing the globalization gap by working in partnership with organizations operating in more advanced economies.
Never underestimating the importance of its undersea cable routes is a priority in the Group’s future growth strategy. The cables ultimately allow customers to integrate resources, capital and intellectual property effectively and therefore adopt strategies to take advantage of digitization, which is at the core of the rapid evolution found in the marketplace.
Sudatel is, in this sense, facilitating other companies in its guise as an “enabler”, by helping companies tapping into its networks, infrastructure and technologies to have their fingers on the pulse, in this frantic era of globalisation.

Sudatel facilitates innovation and enables companies, clients, customers and partners to grow rapidly and profitably. It does so by redefining borders and markets, encouraging business operations to move far beyond the comfort zone of local markets.

Sudatel’s next step will be to work with those foreign investors who are excited to join them in their already successful quest to become a fully integrated CIT heavyweight, and at that a major player on the global stage.

Mr Gadkarim said: “We are in the midst of a financial turnaround. We have gone from a negative net profit two years ago to a $50 million (US) profit in 2014 and $52 million in 2015. When our turnaround phase is over, the next step will be transformation. But not just transformation as far as we are concerned at Sudatel; all the operators are actually now talking about transforming from a traditional mobile service provider into an CIT provider, following in the shadow of big Over-the-top (OTT) content deliverers such as Google and Apple. The latter, today, have subscription-based services, both free and ad-supported services, and transactional services (such as iTunes and Amazon Instant Video) which allow users to pay for individual pieces of content.

He highlighted how OTTs are eating into mobile operators’ revenues, and said that it was high time for mobile operators to innovate in their services too, and create Over-the-top services that bring forth the next big breakthrough.
Sudatel sees its focus on CIT as not only logistically feasible but highly profitable. Mr Gadkarim added: “Great value lies in CIT services because now connectivity is the foundation upon which other services are built; you now have to seek uniqueness with ground-breaking CIT services, to be provided on top of the infrastructure. At Sudatel, we have the infrastructure so now we need to work on enabling it and on providing services in a unique way to our customers. We want to capitalize on all of our infrastructure.”
But, whilst its ambitions are grandiose, Sudatel will always remain committed to supporting the local communities in whichever region it may come to operate.