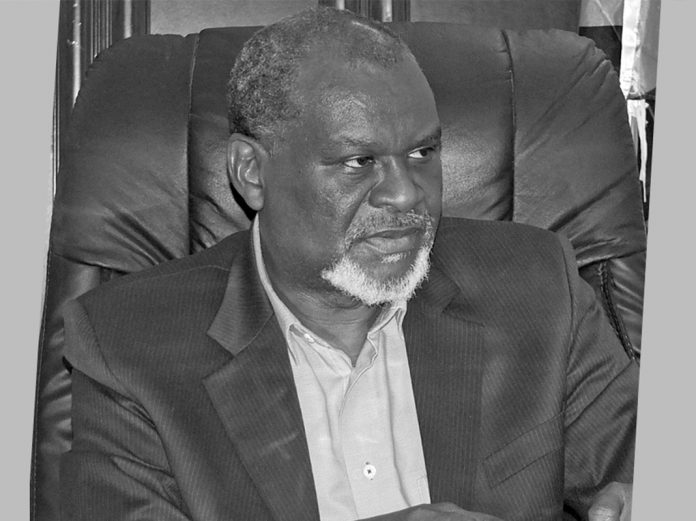 H.E. Ibrahim Fadul, Undersecretary of the Ministry of Transport, Roads & Bridges, spoke at the Sudan Investment Forum 2016 about the Ministry’s movements

The Ministry of Transport, Roads and Bridges plays a strategic role in the nation’s development, which depends in large part on the completion of infrastructure projects. This includes the construction of roads, bridges, railway networks, seaports, and the improvement of land, sea and air transport. The presidency is committed to providing all the help required to complete these projects and to promote privately owned air, river and rail transport.

The Ministry is responsible for the following units and companies: Sudan Railways Corporation, Sea Ports Corporation, the National Highway Authority, the Sudan Shipping Lines Company, Sudan Airways Company, the Internal River Navigation Authority, the Land Transport Unit, the Nile Company for River Transport and the Nile Valley River Transport Company.
Sudan has 4,182km of narrow gauge (1067mm) railway line, of which 2,700km is out of service and 1,500km
is under rehabilitation. Plans call for the construction of 1,919km of new standard gauge tracks in the next five years.
The national highway network amounts to 7,260km and we aim to build additional 3,000km. Sudan has five seaports, all on the Red Sea coast; the establishment of a new port for livestock and fishery is planned in the Sheikh Ibrahim area. We also plan to build Oosaif seaport, to be allocated for mineral exports.
To enhance trade and passenger movement with our neighbours, two border ports have begun operation: one on the border with Egypt and the other on the border with the state of South Sudan. There are also plans to construct a land border port in West Nile, in the city of Argeen on the Egyptian border. Another nine ports are being discussed for the borders with Eritrea, Ethiopia, Chad, Republic of South Sudan and the Central African Republic. Sudan also has a river navigation corridor of 791km and three major river ports.
We also have to address the problem of capacity in the Red Sea ports. To this end, Sudan has signed bilateral trade agreements for the use of Port Sudan and the internal road, railway and river networks with several countries: the Republic of South Sudan, Chad, the Central African Republic and Ethiopia.
The Ministry decided to implement its infrastructure projects through partnerships with the private sector. It has completed several projects in various formats, including the Build Operate Transfer (BOT) financing system, and has provided the required guarantees.
Regarding railways, the Ministry is working to complete the construction and rehabilitation of some important lines that will support and stimulate internal trade and link Sudan to neighbouring countries and the rest of Africa.
In air transport, the ministry is working to rehabilitate the national carrier, Sudan Air (Sudan Airways), despite the unjust economic embargo imposed on the country since 1997. Supported by the presidency, the plan calls for the rehabilitation of the aircraft owned by Sudan Airways and entering into buy or lease agreements for several more planes. We are now working on improving customer service and searching for a strategic partner.
An agreement has been reached with a Chinese company to finance and purchase nine vessels, in order to activate trade between Sudan and neighbouring landlocked countries and to increase the competitiveness of Sudanese products.
In order to open the market for the private sector to participate in the operation of Sudan Shipping Lines Co, the President of the Republic on 5th July 2015 dissolved the company and established a new one as a partnership, thus opening the door to participation with local and foreign private sector companies.
The Ministry is trying to expand seaports in Port Sudan and Sawakin and to create new specialised ports for livestock, fisheries and mineral exports. Additionally, we hope to activate trade and cooperation agreements for building roads and bridges signed between Sudan and friendly countries, by intensifying the work of ministerial and technical committees. This will allow us to take advantage of investment opportunities for the mutual benefit and development of our peoples and countries.
The overall goal of the Ministry’s projects is to link with neighbouring countries and upgrade internal transport networks, which will take up a major part of the total investment in the transport sector in Sudan. The plan
is to find more projects for investment and attract more partners.