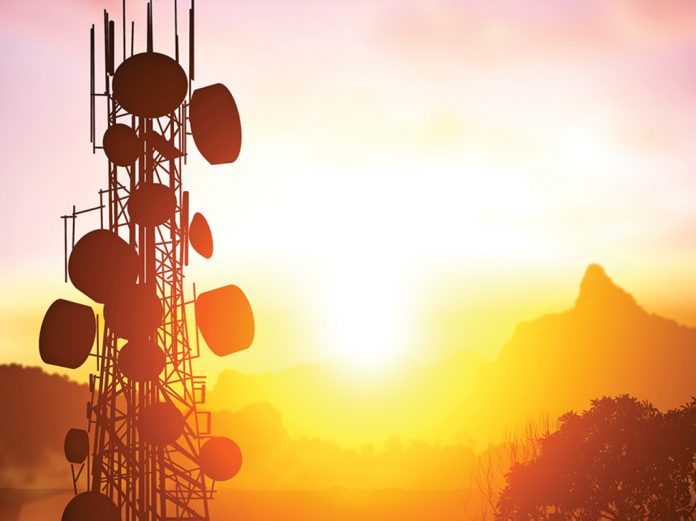 Sudatel has a presence in Senegal, Mauritania and Guinea-Conakry where it holds between 10 and 30% of the market shares

It is Sudatel’s objective to be one of Africa’s leading companies by 2020 and indeed, the Group is well positioned to do so on several levels, including a geographical one with Sudan surrounded by a host of landlocked countries. These countries formerly experienced great difficulties gaining access to the sea and therefore their ability to tap into the world of sea transportation and the import of goods was hindered. Now that this is less the case, access to the ocean has opened up the world of submarine cables to these nations and this, in tandem, has meant faster internet, and greater likelihood of outreach to the rest of the world.
Sudatel is aptly positioned in space and time to take to the stage and play out its obvious role as a hub for connectivity to all of these countries. The uniqueness of the location of Sudan supports Sudatel’s quest to make Port Sudan a gateway into Africa. The company is looking to increase traffic coming through the port and believes it has the right enablers not only in terms of submarine cables, but also capacity. Sudatel’s strategy is Africa-wide, though, and not limited to the horn of Africa.

It already has a presence in West Africa with a trio of subsidiaries in Senegal, Mauritania and Guinea-Conakry, each with a market share of 15 percent, 26 percent and 10 percent, respectively. These foreign operations are a major asset to Sudatel.

In Senegal, Expresso Senegal has experienced steady growth over time. The company’s core offering is reliable broadband solutions for companies, which it does through its Expresso Business Solutions and Services Division. Expresso Senegal is working increasingly with multinationals and holds some major accounts in the country, across all sectors but primarily banking.

The company offers several services, meets international standards and commits to very fast installations for its time-sensitive corporate customers, who are increasingly concerned about where to save on operating expenses. Expresso Senegal claims that a company that adopts its solutions could save up to 30% of its telecom budget, compared to the previous year. It positions itself as an operator interested in helping companies, irrespective of their size. Mixed offerings tailored to the client are built around the idea of abundance. Expresso Senegal enjoys between 15-20% market share after just seven years. This could be contrasted, for instance, with the 22.4% held by Milicom Tigo which has been present in the market for more than 16 years now, or with Sonatel Group Orange’s 56.3%. Sonatel is the incumbent operator, present in the market for over 30 years. Expresso Senegal soon hopes to attain its “fair market share” thanks to its 2016-2017 strategy, which is built around information and communications technology solutions offered to the Senegalese market.

Expresso Senegal’s so-called “Horizon 2016-2017” strategy largely concerns Cloud operations. Aware of the fact that Chief Information Officers are ever more concerned about privacy questions concerning the Cloud, the company offers many related services from its Data Center, answering all their needs in IAAS, SAAS and PAAS.

The company is passionate about using its expertise to support the President of the Republic in the realization of the Senegal Emerging Plan. The government’s Senegal Emerging Plan has three strategic axes: to drive the process of transformation of the structure of the economy, by focussing on wealth creation and employment; to promote human capital, and widen the access to social protection, preserving at the same time the conditions of sustainable development; and to meet the requirements needed for good governance and regional integration. Expresso Senegal plans to work alongside the Senegalese State but also with private actors, in a fast and meaningful way throughout 2016. The company believes it will see increased use of its plethora of services that have already been firmly implemented and that have to-date proven useful in very large-scale markets. In particular the company hopes to aid the services of the private sector towards citizens. It is interested in working in the domain of financial inclusion, too, in order to help inhabitants of rural areas to form part of the economic fabric economic fabric by making it easier for them to make noticeable contributions with as little delay as possible.
The electronic market in Senegal, where the population sits at 14.13 million (source: World Bank 2013), has the potential to evolve very quickly and to change the lives of the country’s citizens. Thanks to the solutions that Expresso Senegal has developed and the support granted the company by the State of Senegal to implement them, the possibilities of progress are very real. Expresso Senegal has greatly benefitted from its parent company’s involvement in the submarine cable ACE and also the ESN independent infrastructures which were helpful in democratizing internet use in Senegal, in all segments and across all layers of the population.
Sudatel’s strategic move into Senegal also engendered the end of the monopoly of international broadband access that had been created by the incumbent operator. As such, for over a year now there has been healthy competition in this field. Studies have shown the tight correlation between the increase of available bandwidth in countries and economic growth. Indeed, all sectors of the economy have experienced the positive side effects, from the Senegalese administration to the private sector.

Guinea Conakry, which has a population of 11.8 million (source: World Bank, 2013), is another west African nation where Sudatel is present via Intercel, which was founded in 1958 and which in 2010 it announced that it was operating as a subsidiary of Expresso Telecom Group. Intercel provides telecommunication services including cellular and fixed-line connections in Guinea Conakry. Intercel garners local favour with its positioning summed up in its slogan “la Guinée mon pays – Intercel mon réseau” (“Guinea is my country and Intercel is my network”).
Chinguitel in Mauritania, where the population sits at 3.9 million (source: World Bank, 2013) completes Sudatel’s current subsidiary family and this company launched commercial operations in 2007. It was the first operator to build a WiMAX network in its homeland, offering full coverage of the entire business district in the capital city of Nouakchott. It offers connectivity solutions for SMEs and corporate customers.

Sudatel is looking at entering new markets in Africa where mobile penetration is low. They are aiming for 50:50 revenues from local and overseas markets by 2020. By no means will the Group neglect investment in its native Sudan, quite the contrary; the plan is to invest $267  million (US) in Sudan alone by 2020.