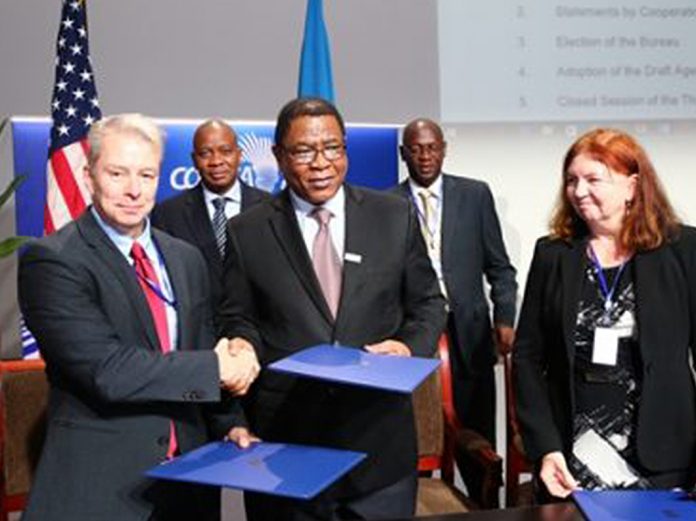 As stated by Comesa on October 10th 2016 in Antananarivo, the United States Agency for International Development (USAID) and the Common Market for Eastern and Southern Africa (COMESA) launched a five-year Regional Development Objectives Grant Agreement at the 36th Intergovernmental Committee taking place in Madagascar.

Through this agreement, USAID will contribute approximately $77 million to strengthen the collaborative partnership between the two organizations and implement regional trade, investment, and agriculture development programs that contribute to their common goals.
U.S. Ambassador to Zambia and Special Representative to COMESA Eric Schultz, USAID Deputy Mission Director for Kenya and East Africa Candace Buzzard, and the COMESA Secretary General Sindiso Ngwenya signed a memorandum of understanding to affirm the agreement.

Ambassador Schultz pointed to the continued momentum toward achieving common economic development goals by renewing the partnership. “Through economic diversification, attracting more foreign investment, and reducing existing trade barriers, we can build upon our successes to date.  I am confident that the new Agreement will help us bolster growth and unlock economic potential among the COMESA member states.”

Under this agreement, USAID and COMESA will work together to achieve shared development priorities to promote sustainable regional economic integration; reinforce institutional governance and accountability by supporting the coordination of regional trade, investment, and agricultural policies; and strengthen COMESA’s organizational leadership.

The new agreement is not the first for USAID and COMESA, a regional economic community under the African Union with 19 member states. They have partnered since 2003 to create sustainable and integrated markets, increase the productivity of staple crops and farm productivity, promote trade and reduce trade barriers in regional markets, and support the free movement of goods and services in the region. Under a previous agreement, USAID provided $115 million to support the organization in delivering its mandate.

Cameroon: brimming with the energy needed for economic development