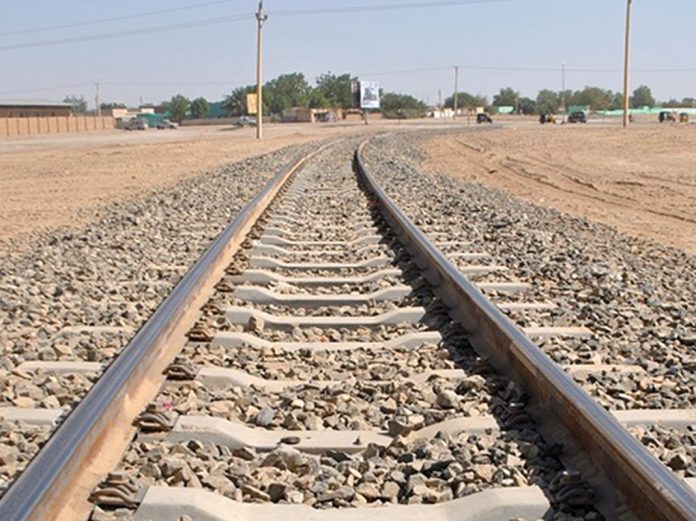 The government-owned Sudan Railways Corporation is one of the longest railways in Africa. The first segment, from Wadi Halfa to Abu Hamad on the Nile, was a military undertaking by the British and was built in the 1890s. The line reached Atbarah on the Nile in 1897 and after the defeat of the Mahdiyah in 1898 was continued to Khartoum, which it reached on the 31st December  1899. Extension of the network continued into the 1930s.
Today, the railway’s main trajectory connects Port Sudan to Khartoum, via Atbara, with an alternate link between Haya and Sennar, via Kassala. It also has northern-bound branches to Karima and Wadi Halfa. The latest extensions include new lines for the ferrying of Sudanese crude oil between El Mujlad and Abu Jabra (a 52km stretch) and between the refinery in Abu Khiraiz and El Obeid station (just 10km), as well as the Merwi Dam branch line from El Ban station. This cluster was completed in 2002.
The Sudan Railways Corporation (SRC) owns 130 mainline locomotives, 54 shunting locomotives, 4,187 freight wagons, 910 tank wagons and 167 passenger coaches. It has workshops in Atbara for heavy repairs of rolling stock and of signalling and telecommunication equipment. The SRC also owns a cresting plant and an oxygen-acetylene factory.
Last year, the Director General of the SRC signed a cooperation memorandum with the Gulf Organisation for Research and Development in order to train all specialists, engineers and workers in the rehabilitation of Sudan’s railways and make them aware of the requirements and principles of sustainability in their projects. A partnership was also forged at a key meeting in Khartoum last year, between the Chairman of Khartoum State and the General Manager of the SRC, which will benefit the operation of local trains to the capital city and which is another effort among many from all sectors towards meeting the spirit of cooperation in the state.
Some 14 feasibility studies are currently underway for the construction of new railway lines. These include the following: parallel to the Nyala-Um Dafoug-Biro line (Central African Republic borders), between Salloom Station and Swaken to Shaick Ibrahim Port, to the White Nile sugar factory, between Nyala and Elfashir, parallel to the Haiya-Kassala-Algadaref-Sennar-Ed dmazin line, Nyala-Elgeneina-Adri (Chad borders), from Abu Hamad to Karema, from Al-Azaza to AbdAlrafi (Ethiopian borders), between Atbara and WadiHalfa, parallel to the Line Aradieba Junction-Babanousa, parallel to the Line Babanousa-Nyala, and parallel to the Line Babanousa-Bahr ALarab.
Two further projects stand out in their strategic importance, one being a new line parallel to the existing Khartoum-El Obied line, which passes through White Nile State, North Kordofan State and West Kordofan State. These states are where Sudan’s industry products (sugar, gas oil and heavy fuel oil) are concentrated and where the greater part of its livestock roams. The present condition of the line there is particularly poor, and therefore under-utilised.
Railway transportation of livestock in Sudan is currently limited to the export market. A promising railway project was launched in the ‘80s called the Livestock and Meat Marketing Project, but it never got underway for administrative reasons. Revitalisation of the project would lead to livestock transportation to major consumption centres, many of which are in Khartoum.
There is much scope to boost passenger traffic by development of the railways in Sudan, too. Mobility ratio in the country is currently 26%. In such a large country where the population is close to 40 million, there is huge passenger demand that cannot be met, owing to financial shortages. The bad condition of the main lines lead to very slow transit times which do not exceed 35km per hour. An upgrade of the Khartoum-El Obied main line would mean that passengers who currently opt for quicker but more expensive and more dangerous carriers could be better catered for by the SRC.
A second major project is the building of a new standard gauge line parallel to the existing Port Sudan to Khartoum one (all 948km of it). The technical and economic feasibility of the project has been confirmed by CRI, a Chinese company that has agreed to finance and execute the project. In 2012, China’s Shanghai Hui Bo Investment Co (SHIC) opened a plant in north Khartoum, opposite the Sudanese capital’s main train station, and is producing 1,200 concrete sleepers a day according to its Sudanese manager Sharaf Nasser (Reuters).
Satisfactory infrastructure is a fundamental condition for well-functioning transport systems. The consequences of weak and poorly maintained infrastructures are multiple but most salient are longer transit time and higher transport costs. The SRC has different investment projects of economic viability that are awaiting finance.