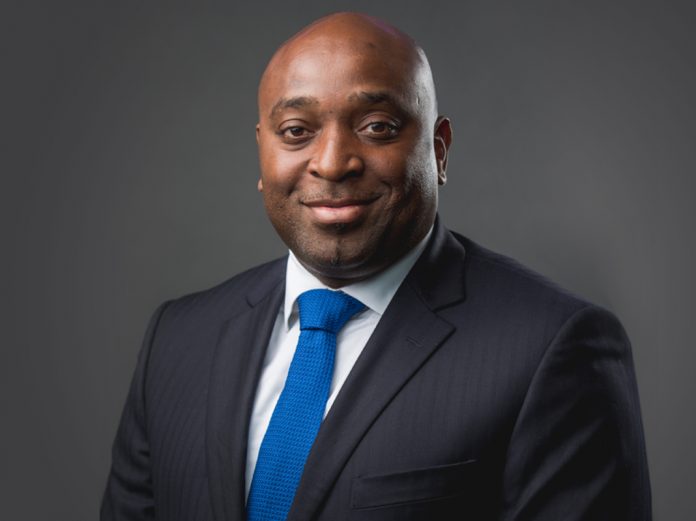 Can you tell us a bit more about Globeleq?

The Commonwealth Development Corporation (CDC) owns 70% of Globeleq and Nordfund owns the remaining 30%. Both of these are investment funds that specialise in developing countries — English and Norwegian funds, respectively. Globeleq produces electricity in Cameroon and also in Ivory Coast, Tanzania, South Africa and Nigeria.

Globeleq itself owns 100% of Globeleq Cameroon Power Management Services, 56% of Kribi Power Development Company and 56% of Dibamba Power Development Company. Kribi and Dibama are both PPPs with the state of Cameroon, which owns 44% of the shares. We are therefore an independent power producer through PPAs that have been signed with the Cameroon distributor ENEO. We have an 88Mw plant in Dibamba, close to Douala city and a 216Mw plant in Kribi, which is the largest thermic power plant in Central Africa.

Could you explain more about the PPP between Globeleq and the Cameroon government and how it is helping to solve the energy deficit in Cameroon’s coastal region?

This is a positive partnership for the country as today Globeleq is responsible for 25% of electricity production in Cameroon. We are working closely with the government to transform the economy, in order to make Cameroon an emerging country by 2035, maybe even before.

Our company vision is to produce up to 5,000 Mw in Africa, which would mainly stem from Cameroon given the fact that the country enjoys a strategic location at the heart of the continent. Cameroon is more than aware of its amazing energy potential; it has the second-highest hydroelectric potential in Africa as well as the gas reserves necessary to build many more plants beyond the two that the country has today.

We are working closely with the government to transform the economy, in order to make Cameroon an emerging country by 2035, maybe even before

We think that Globeleq and the government’s partnership will flourish in the coming years. An increase to 125 Megawatts is underway in Kribi and the government has confirmed a 200 Megawatt expansion project in Dibamba. We are very enthusiastic about progressing with these plans, via collaboration with the government.

What is Nordfund-CDC consortium’s exact plan of action in terms of carrying out expansion projects in the Kribi and Dibamba plants, designed to increase the power supply in the country as a whole?

So far, the consortium has only had a positive impact on the project’s progression. The engines for the expansion of the Kribi power plant have already been built, and are poised ready to be sent from Italy to Cameroon. The final stage in this will be the gas agreement in order to supply the plant with gas from SNH, and we are still in talks with the government over this.

In Cameroon, there is a huge supply of water. We think that we can focus on this renewable resource to diversify our energy mix

We think that Dibamba could present an opportunity to introduce a new form of technology to Cameroon: the combined cycle. We will discuss the availability of such a gas supply with the government. If this is possible, it would make us even happier to be able to play our part in the government’s programme for economic emergence by 2035.

What challenges do you face in expanding and modernising the power plants?

The plant in Dibamba is the first independent power producer in Cameroon. We started from scratch. We created the laws in relation to the needs and we then defined the licenses. As such we have a business framework and a legal environment that facilitate the PPE. We succeeded in resolving all the challenges one by one, making us a good strategic partner for the government.

In your opinion and as CEO of Globeleq, what is the most suitable energy model for Cameroon in the coming decades?

In Cameroon, there is a huge supply of water. We think that we can focus on this renewable resource to diversify our energy mix. Thermic energy is not sufficient to meet increasing demand. So, our production will likely fill the demand gap and provide the efficient electricity supply that Cameroon and the regional countries need for their economic development. The energy mix must be diversified. The country’s energy mix cannot be based 100% on any single type of energy source. The combined cycle is a solution that could provide the country with a basis for energy diversity, something that the country needs desperately for its economic development.

How do you see the future of Globeleq in Cameroon?

Our immediate priority is to finalise work on the HQ. Then, we want to get involved in real social responsibility actions and commitments. That includes the construction of schools and of drinking water production infrastructure; similar to the work we did in Yassa, Douala, for example. The social responsibility axis is one among several strategic axes that we value highly.

Furthermore, we have an obligation to achieve our general commitments, in particular those concerning the plants of Dibamba and Kribi. It has to be highlighted that the choice of Cameroon for production is not trivial. Its strategic position, in the heart of Africa, makes it a good distribution platform for serving the needs of Nigeria, Chad and also the Central African Republic which, following its political instability of recent years, is strongly committed to revitalising its economy.

What are Cameroon’s strengths in comparison with other countries of the region regarding your vast energy programme?

The reform of the energy sector in Cameroon was a determining factor in our decision to develop our activity in Cameroon. Indeed, many policy reforms have been established in order to encourage domestic and foreign investment in the mineral and gas sectors, which have great potential given Cameroon’s ample natural resources. The IMF Director’s recent visit has allowed a new reading of the country’s overall economic situation and has determined the measures to be implemented to exceed 5% economic growth. Therefore, there are reasons for hope, for example with the Port of Kribi and with the Port of Douala that are entry and exit points facilitating economic transactions.

The business climate is good and even attractive. Structural reforms have been carried out and have established an appropriate business environment in which to rethink the country’s strategic situation. The fact that Cameroon represents 40% of CEMAC’s GDP also increases its potential. The extensive electrification project, in which Cameroon plays a strategic and central role, will be able to effectively meet needs identified in neighbouring countries.