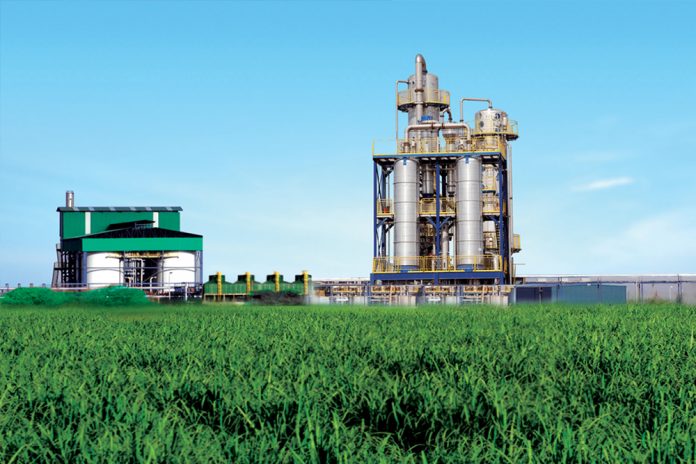 The Kenana Sugar Company has grown to become one of the largest integrated and diversified sugar companies in the world. It had its beginnings in the 1970s, the decade when Sudan was identified as a country that could help meet food supply shortages. The nation’s natural resources include vast areas of land suitable for cultivation and agricultural production, an abundant water supply from the River Nile and ample rain.

The Kenana Sugar Company itself was founded in 1975 with the President of Sudan Jaafar Nimeiri inaugurating the first factory in 1981. Located on the banks of the White Nile, southeast of Kosti city and 270 kilometres south of the Sudanese capital Khartoum, the company is indeed the world’s largest plantation producing white sugar. The Kenana estate covers an area of 100,000 acres of irrigated land on extensive clay plains between the White and the Blue Nile. The rich alluvial soil there, with its abundance of surface water, is ideal for the cultivation of cane sugar. 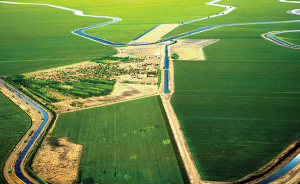 Production was initially for domestic use only, but in 1992 the sugar company began exporting its sweet commodity. As the factory grew throughout the 90s, Kenana also started diversifying its production. It realised that it could capitalize on all aspects of the sugar cane, by not only producing sugar, but also exploring other angles of food and energy practices. The upshot being that from the sugar cane, Kenana first produces sugar, and then from the sugar molasses they create ethanol; then, at the end of the chain, from the by-product of ethanol comes bio-compost, which is finally sold as a natural fertilizer or used to produce methane gas and potassium. Business is so diverse that the plantation now employs some 16,000 workers.
Kenana has perfected its unique, diversified model by successfully integrating other value-added agro-industrial projects into its core sugar business, such as animal feed, bio-fuels, milk and dairy products, poultry, meat, wooden products from commercial forests, certified seeds and other engineering goods and services. Kenana began its first exports of ethanol in 2009, and now produces 65 million litres annually. Around 10% of the ethanol produced by Kenana is used domestically while the other 90% is exported, mainly to the European markets.
The sugar factory and other plants are built within the corporate cane farm, providing an exemplary model for agro-processing industry in a rural setting. And so, aside from being a sugar complex, the Kenana Sugar Company site is also a township within an estate where the company meets the basic needs of the staff and their dependents. Service industries for Kenana have sprung up in the immediate Rabak and Kosti area making the region one of the most prosperous in the country.

As Sudan’s biggest sugar producer, Kenana plays a major role in establishing strategic links with the worldwide agro-industry. To this end it is an active member of several international organisations such as the International Sugar Organisation where it represents the Sudanese government; the World Association  of Beet and Cane Growers in Paris; and the World Sugar Research Organisation.
The company has also created the Kenana Engineering and Technical Services (KETS), which is an international consultancy firm and the leading agro-industry consultant in Sudan. The company was established in the 80s and strives to offer integrated services through innovation, sustainability and different solutions and services for the agro-industry worldwide. It is since the establishment of KETS that Kenana has managed to expand both locally and internationally.
Today, Kenana can claim over 40 years of successful operations in Sudan and a long-standing relationship with governments and organisations in the MENA region. In fact, Kenana is a successful joint venture between the government of Sudan, the Kuwait Investment Authority and the government of Saudi Arabia represented by the Saudi Public Investment Fund.

Part of Kenana’s mission was always to achieve food security for the Arab World and beyond, and it has strived to do so in a renewable and socially aware manner. The Kenana 2020 vision, which is under implementation, is expected to make the Kenana Sugar Company a leading diversified global agro-industrial conglomerate. Kenana has also taken a leading national role in presenting a grand, national sugar plan aimed at making Sudan one of the biggest sugar producers and exporters in the world.