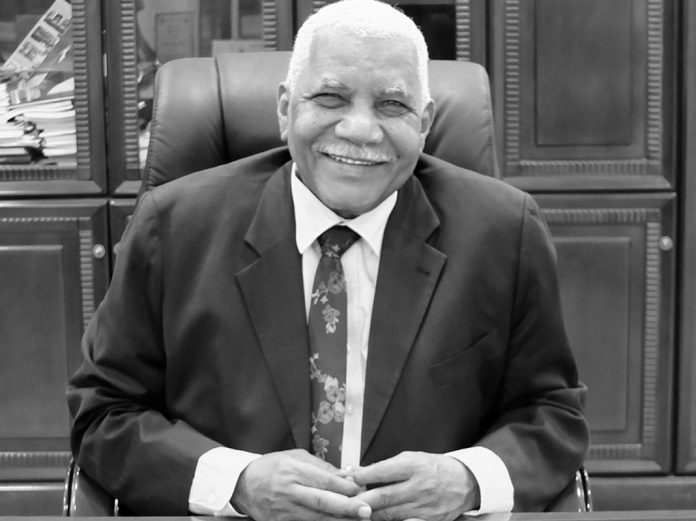 H.E. Dr Ahmed Bilal Osman (AB), Sudan’s Minister of Information, talks  about the  National Dialogue, the Roadmap Agreement for Peace, and the effect of continuing sanctions on his country’s economy

LE: Can you tell us about the National Dialogue, how it will help Sudan move forward and how this dialogue will continue to develop?

AB: Since independence in 1956, we haven’t had a chance as to sit down as the Sudanese and have a national dialogue about the big problems that we face. Even before independence, the problem in the South had erupted. Since then, we have had a lot of violence and wars between the north and the south. Sudan entered a pattern of coup and democracy, which happened three times, and democracy didn’t have enough time to develop. Now, for the first time, the National Dialogue gives us a chance to sit down together and face our problems and try to solve them.
Some of the opposition didn’t join the dialogue because they said the environment would not be free enough. But since we started, everybody has become convinced that the dialogue is a free environment, where no one is checking what you say, and there is a very transparent discussion. About 14 or 15 participants came directly from the conflict areas to join the dialogue, as well as some of the Sudanese diaspora (from Canada, America and Australia). We are still hoping that the missing groups will come and join the discussion.

LE: What do you think Sudan must do to obtain an honest  image abroad of its commitment to peace and stability?
AB: UN Secretary General Ban Ki-moon has welcomed the signing of the African Union High-Level Implementation Panel (AUHIP) Roadmap Agreement by the Sudanese government and African Union.  The roadmap was signed on 21st March by the Sudanese government, but not by the opposition parties. The agreement would commit the Umma Party and rebel groups to meet in Addis Ababa with the National Dialogue’s 7+7 organising committee. Political matters would be discussed in Sudan’s inclusive National Dialogue. This would represent a synchronisation of the negotiations with Sudan’s rebel groups and the political process of the National Dialogue.

Whoever comes to Sudan will find a moderate nation, with nothing of the fear that foreign news media talk about

This is a roadmap for political and security talks. It would constitute a valuable step towards ending the war, providing assistance to communities in need and enhancing the environment for an inclusive national dialogue.  The government has signed the agreement and now the international community needs to put pressure on the rebels to sign it as well, for a cessation of hostilities, humanitarian access and assistance.
First of all, there are many accusations that are not true. Being Sudan, raising the flag of Islam, has in itself caused problems for us. But whoever comes to Sudan will find a moderate nation, with nothing of the fear that foreign news media talk about. The other thing that destroyed our image was the war in Darfur. Lots of things have been said which are not true, about war crimes, etc. If you visit Darfur now you won’t find these things, it is just propaganda.
We have had no problems between Christianity and Islam and no struggle between Arabs or Africans… we are all Africans! The Christian people live in peace here.  We have the Copts, with their own churches here, who have never faced any discrimination. In my vision, Sudan is a country of tolerance and peace.

LE: What needs to be done to clear up the misconceptions regarding Sudan and its alleged genocide, and to give the right picture, in order to ease those sanctions?

AB: At the start of the problems in Darfur, the media claimed 1,000 dead, or 5,000 dead. Suddenly, this number was multiplied by 10, but there was never a mass grave found in Darfur. During the war, many lives were taken, which happens in many other places, but it is not the policy of a government to commit genocide. Our big issue is not the rebels; our big problems are tribal problems, between Arabs and Arab tribes and African and African and so forth.  They are not based on ethnic reasons.
I think one should take a reasonable look at what President al-Bashir did. A long war took place between the south and the north, for more than 50 years, which he has courageously brought to an end. We implemented what was agreed in the Nifasha Comprehensive Peace Agreement (CPA), which included separation from a lovely part of our country, which is now independent.

LE:  Tell us about the opportunities in Sudan for foreign investors.

AB: In the oil sector, the Americans came first. When they backed off, we looked to the East and found China. Oil is now a reality without America. Sudan has big wells and a lot of natural resources. In different ways, we are always looking to the West and to America because of technology, for example. Because they didn’t come to us, we looked for substitutes and this is why we are cooperating with India, China and Russia. Negotiations with America and Europe are going on, but if we can’t normalise relations with America, Europe will not come… They say these are unilateral sanctions, but they are not unilateral, because America is putting a lot of pressure on other countries to not deal with us.

Oil is now a reality without America. Sudan has big wells and a lot of natural resources

The sanctions are not harming the government, but the citizens. This is unfair. There are many things we need, like medicine, which are difficult to bring to Sudan and this is harming the poor. The sanctions should be revised, because accusing Sudan of hosting terrorism is just not true. When Bin Laden was here in 1995, and we asked him to leave Sudan, we contacted the Americans first to ask if we should hand him over, but they said no. Carlos the Jackal was handed over to the West by Sudan, but still we are accused of many things.