The story of the agricultural sector in Sudan is one of a gap between what is and what could be. Both individual Sudanese farmers and large-scale state-owned farming projects produce considerably less than they have the potential to. While soil degradation and weather play a role in this, much of the responsibility has laid with insufficient irrigation development and underinvestment in the sector as a whole. This, though, is changing.

Agriculture represents a source of income for some 60 to 80% of Sudanese households. The sector therefore employs the majority of the labour force, but it has only recently become a priority for government and foreign investment. International companies, based in China, Egypt, India, Saudi Arabia and other Gulf states, are acquiring large tracts of land in Sudan for agricultural investment. Elsewhere in Africa, too, governments have entered into public-private partnerships with international companies to spur on the development of underexploited areas and, with PPPs already planned for import-substitution and extractive activities in Sudan, this trend looks set to continue. 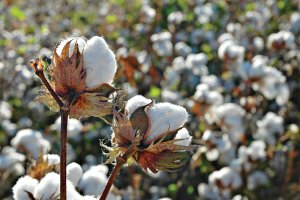 Agriculture historically played an important role in the Sudanese economy, but as of the late 1990s it took a back seat to oil exports, which accounted for the majority of economic activity. Oil has proved to be an imperfect replacement however; first, volatile oil prices sent shockwaves through the country in 2008 and caused food prices to soar. And then, the 2011 separation between Sudan and South Sudan, home to many of the richest oil reserves, definitively reshaped Sudan’s economy and only highlighted the need to diversify economic output.
Policymakers’ attention has recently turned once more to the underexploited agricultural sector. The majority of agriculture practised in the country is at the subsistence level, but a number of cash crops also exist. These could be expanded, as well as diversified, to swell the country’s GDP, improve quality of life and reduce poverty, not to mention to provide returns to investors. In terms of arable land and water resources, Sudan has the potential to provide for the Arab world and Africa; as the situation stands, it is a net importer of wheat and too much of the population lives unnecessarily under the threat of food shortages. In addition, further impetus to invest in agriculture comes from the knowledge that success in this sector also has the potential to spill over and create jobs in others, such as trade, transport, and the production of leather, sugar and edible oils.

Sudan somewhat specialises in cereal production – largely sorghum but also millet, wheat, corn and rice. The vast majority of this harvest goes to feed domestic demand. Besides cereal, Sudan also produces a plethora of agricultural products for export, and they fall into three general categories: crops (such as cotton, sugar, peanuts and sesame), livestock and gum Arabic. These crops come from different regions of the country, depending on climate and soil suitability in the various locations, and include seeds such as sesame, groundnuts and sunflowers; and tropical fruit and vegetables such as aubergines, okra, watermelon and cucumbers. Another key export product for Sudan is gum Arabic which is produced from the sap of the Acacia tree. Gum Arabic is used in confectionery production, in medicine (as a coating) and as a dietary fibre. The trees also provide fodder for livestock — in the form of falling leaves and flowers — as well as charcoal and timber.

An important point for understanding the type of agriculture that lends itself to Sudan is that while much of the country is desert — with the hot, arid and often extreme climate which that entails — it also holds the Nile Basin in its middle section. The Blue Nile and White Nile, along with their tributary streams, flow through the country and meet in the capital city, Khartoum. There they form the main Nile River, which continues to flow northward to Egypt. Different regions’ proximity to these rivers dictates their ecoclimatic zones as do the irrigation possibilities and soil types they provide. In general, Sudan consists of desert and semi-desert regions which can be extremely hot – surpassing 40 degrees Celsius during summer time. There are also savannah, floodplains and tropical forests. The rainy season is between April and November although this does vary depending on the region.

Despite these considerable stretches of desert, arable land is estimated by the Sudanese government to range from 84 to 105 million hectares, which is about one third of the country. Only about 20% of this is currently exploited, and productivity remains far below what it could be. The potential is there, and Sudan is sometimes nicknamed the breadbasket of the Arab world with this in mind. There are regional imbalances caused by the fact that much of Sudan’s cultivable land is located on the plains between the Blue Nile and the White Nile, as well as on the plains in the Nile Valley.

The backbone of Sudanese agriculture, though, is in central and eastern Sudan; from the Nuba mountains to the Ethiopian border. It is here that the clay plains lie, characterised by a distinctive cracked appearance during the dry months. When the rains return, these open fissures are able to restore soil permeability. While rain-fed agriculture takes place wherever it can feasibly be carried out, irrigated agriculture is controlled in different projects or schemes. The Gezira Scheme is the largest and most famous of its type. In the 1920s the Gezira Scheme paved the way for the proper irrigation of fields growing cotton and other cash crops. Cotton had been grown in Sudan since 1904, but this changed the rhythm of affairs. It was one of the world’s largest irrigation projects, with a total of some 4,300km of canals. Still, today, they carry water from the Blue Nile to farms in the fertile region between the Blue and White Nile, before they converge in Khartoum. The lands covered by the Gezira Scheme were historically under the control of the government, but some of this overseeing has relaxed since the passing of the Gezira Scheme Act of 2005. This was the green light for collaboration between the government, farmers and the private sector in the cotton region’s development.

Agriculture accounts for 97% of water use in the country, but much irrigation and drainage infrastructure is out-of-date and not suited to the task. Investment is needed for the maintenance and de-siltation of canal networks, reservoirs and dams. Indeed, falling agriculture production as a result of a lack of such reforms — particularly to the Gezira Scheme — accounted for a marked dip in agricultural GDP contributions in 2014, despite reforms that otherwise stimulated the sector. It is clear, therefore, that land ownership and irrigation administration need to be prioiritised in the coming years.

Cotton is also grown in the Qash Delta, an area in eastern Sudan formed by a depression filled with sand and silt pooled from the flooding of the Qash River, which forms a raised delta. In an area otherwise characterised by desert, an undulating grazing plain and the Red Sea Hills, the Qash Delta provides respite and good conditions for grazing, and food and cotton production. It features Sudan’s fourth soil type, the alluvial soils, which are less extensive in reach than the sandy, clay or laterite soils, but of significant agricultural importance.
Southern areas of Sudan feature savannah grassland, which is bisected by the White Nile. There are numerous lakes in this area, which again feature clay soils, and also the world’s largest swamp, As Sudd. Laterite soils, rich in iron and aluminium, also proliferate in the south of the country.

In general, the desert and semi-desert areas of the country are reasonably well adapted for irrigated agriculture, for farming with water harvesting and for livestock production. Savannah areas with low rainfall can nonetheless support rain-fed traditional and mechanised farming, as well as forestry – both small-scale (firewood and woodchips) and government-owned (timber, sawmill and gum Arabic projects). Meanwhile,  the flood plain and mountainous regions of Sudan support a range of activities, from traditional farming and horticulture to wildlife.
Given Sudan’s clear potential to further develop and exploit its agriculture sector, it can be deduced that the country has been held back in the past by over-emphasis on the oil industry. The budget allocated to agriculture today accounts for around 3%. Currently, the World Bank estimates that agricultural activities contribute some 35-40% of Sudan’s GDP, and that with improvements in irrigation, transport, and research and development, they could contribute significantly more. A report reads, “Sudan now recognizes the need for greater attention to agriculture and livestock, as reflected in its Interim Poverty Reduction Strategy Paper (I-PRSP) and the Five-Year Program for Economic Reforms approved by its parliament in December 2014.”
In addition to sparse investment in agriculture, a lack of resources allocated to the areas of production and transportation have also put the brakes on the agricultural economy flourishing fully. Incentives to engage the private sector, via investment and participation, have been insufficient too although there are today signs of substantial improvement.

The major effect of this underinvestment over the years has been low productivity yields and reduced competitiveness. Better strategic planning is required, not only in order to diversify crops, improve irrigation and increase efficiencies of human capital, but also to broaden the range of foreign markets that Sudan sells to.

Indeed focusing on only a few regions for exports leaves the sector vulnerable to fluctuations and local policy in those countries. Increased expenditure could make all the difference, and the results would not only put a smile on the face of investors, but would also contribute to the overall stability of the country.

Priorities do appear to be finally shifting. The Five-Year Programme on economic reforms, passed by parliament in 2014, reflects the government’s growing recognition of and commitment to economic development. As the country settles into the post-secession era, economic recovery is a priority, and with the loss of oil revenues from South Sudan, rain-fed agriculture is expected to be one of the key drivers of the new economy. Reforms supported by the World Bank and the International Fund for Agricultural Development have boosted the production of gum Arabic. In 2014, the Central Bank of Sudan adopted a policy that allowed exporters to sell proceeds to importers; this has significantly improved the performance of cash crops in the export market.
As Sudan grows and diversifies its agricultural production, investment looks highly likely to be an attractive proposition. It is important, however, that this investment does not merely take the form of land-grabs and the exploitation of resources, but that it be focused on initiatives that will help alleviate poverty, create food security and stimulate rural areas, which have faced population decline in part due to urbanisation. Policies are needed that will support small farmers and respect the local population, as well as promote women’s participation. With vast potential to feed not only itself but much of the rest of the region if not the Arab world, Sudan could well make good on its nickname as Africa’s breadbasket.