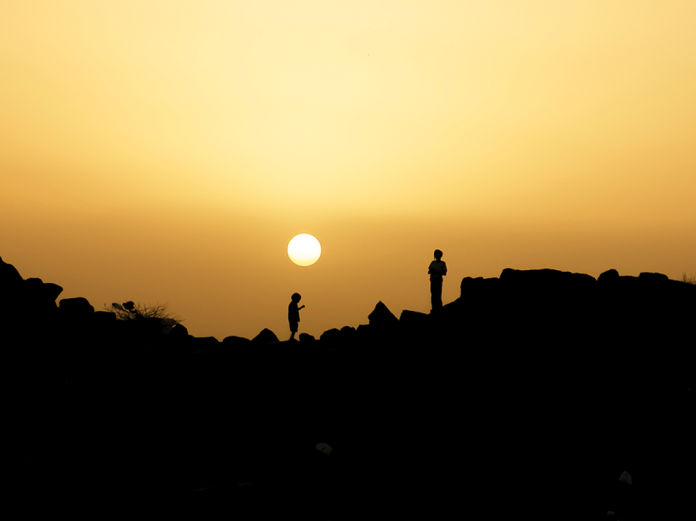 Africa’s newest country, the breadbasket of the Arab world, an entrepôt for international trade. The Sudan of 2016 goes by various nicknames. The irony of the first of these is that areas such as the Sudanese border with south-western Egypt are the cradles of some of the oldest civilisations in the world. But there is good reason to hail Sudan as a new country.

In 2011, South Sudan declared its independence from the rest of the nation. A fresh era for the Republic of Sudan, and for South Sudan, was born. One of the greatest questions facing Sudan today, five years on, is how it will continue to diversify its economy and promote private-sector growth, after the loss of the southern oil revenue. The government, alongside foreign investors and supportive allies, has found guiding lights in livestock, agriculture, food security and trade.

As it lessens its dependence on oil and addresses political and economic reform at the same time, the country’s many natural riches have never been riper for the picking. Agriculture and livestock are the most obvious contributors to medium-term macroeconomic stability. These sectors combined presently contribute approximately 35-40% of GDP. But how to take this to the next level, bearing in mind that if there were greater investment and better governance, this percentage could jump substantially?

Sudan’s government is laying the groundwork, making agriculture and livestock key focal points in the Interim Poverty Reduction Strategy Paper (I-PRSP) and the Five-Year Program for Economic Reforms approved by parliament in December 2014.
Further efforts to capitalise on agriculture include pushing the agro-industry. In addition, areas of underexpolited potential are now being examined in detail to help guide potential investors. These include minerals beyond the already obvious one of gold (chromium ore, copper, iron ore, mica, silver, tungsten and zinc), fishing and forestry. In this guide we delve deeper into all of Sudan’s most important sectors, with first-hand interviews with leaders and government officials across agriculture, industry, mining and livestock.

With its generous quota of land and great herds of livestock, Sudan’s brightest possible future depends not only on continuing to attract huge investments in agriculture for the sake of its own economy, but also on addressing the problem of global food security. Of the 57% of total land suitable for agriculture in the country, a mere 20% is currently being cultivated (The World Folio).
Sudan is already receiving some substantial investments from Gulf states. The country is well supported by the Arab Authority for Agricultural Investment Development (AAAID). Established in the 1970s with headquarters in Sudan, the AAAID is the regional investment authority owned by 21 Arab states. Its mandate is to invest in agricultural development and address the region’s food security.

Agricultural projects of significant proportions are being executed by Saudi, Kuwaiti and Emirati companies in Sudan. In 2014 Qatar unveiled huge investments in Sudan’s agriculture sector, and Sudan’s Ministry of Investment also recently granted Bahrain 100,000 acres for cultivation towards food security projects. This wave of new business suggests a profoundly encouraging investment climate.  Sudan is thus on a drive to improve crop yields and quality, stimulating rural areas as it goes. Leading Edge Sudan 2016 explores how, looking into areas such as innovative irrigation which has become one agricultural measure being used to provide forage for the UAE. Sustainable success in this area will depend not only on financing, but good management capabilties and sound technologies.

Sudan borders Egypt, Libya, Chad, the Central African Republic, South Sudan, Ethiopia and Eritrea. Its surface area is immense, at 1.9 million km2; it is the third-largest nation in Africa, and the third-largest country in the Arab world behind Algeria and Saudi Arabia. Sudan’s Red Sea coastline is some 750km long, including embayments and inlets (UNEP). Sudan’s combined position and size makes the country a great lever for trade and for ICT communications.

We dedicate a large section of this guide to the ICT industry  in Sudan (called “CIT” in the country), one of the most financially successful in Africa and one in which quick growth has created employment. An excellent network of fiber-optic cables is the basis of the good infrastructure achieved to date. What is needing now is investment to take advantage of connections that have been established in communications with neighbouring countries, not least given telecommunications’ horizontal effect on all other sectors.
Another geographic asset enjoyed by Sudan is its portion of the River Nile, an epic 3,000km-long stretch of water, making investment in many sectors all the more attractive, especially agriculture, energy and hydroelectricity. Moreover, the Sudanese Nile’s date-palm lined banks have gold beneath. The country produced four tonnes in 2009, and 36 in 2013 (The Guardian). Sudan’s government forecasts predict the country’s annual production of the mineral will reach 100 tonnes in 2016, which would in fact make it the biggest African and the world’s ninth gold-producing country (Sudan Tribune).

Improving the transport network would greatly help Sudan capitalise on its geographical advantage. Port Sudan could position itself as a serious contender for being the go-to gateway for international merchandise on the Red Sea, a major artery for international trade. Our transport section looks at plans in motion to this end, and also plans to transition the country’s aviation industry to the international scene.

The US maintains a number of sanctions on the government of Sudan, which some say have hurt innocent citizens, negatively impacted imports of essential commodities such as wheat, made money transactions incredibly tricky and generally made it harder for the country to address inequalities in income distribution. The US has, however, exempted those working in agriculture, health education, publishing, and personal hardware and software products from the sanctions.

In the first half of 2016 alone, Sudan made great strides in relations with international communities. Sudan’s National Dialogue has been welcomed; a project that boosts the peace and development process. Sudan’s President Omar Hassan al-Bashir, who gained another five-year term in 2015, said that the dialogue represented the launch of a new era in Sudanese political life. He said that over time solutions would be discussed for providing a new social and political contract that would lead to the renaissance of the Sudanese nation: a safe and secure place with enduring peace and national unity. He stressed, too, the will to use the dialogue to reinforce regional and international and relations, particularly in regards to neighbouring countries. It would be important to welcome members of political, intellectual, cultural and social spheres to participate in the dialogue. No issue, he said, could be solved without the help of a whole spectrum of parties: the “efficient forces, politicians, institutions, scholars, businessmen, workers, herdsmen, farmers, resident citizens and expatriates.”

In Addis Ababa on 21st March 2016, H.E. Ibrahim Mahmoud Hamid signed a roadmap towards peace on behalf of the Government of Sudan, leaving it to the international community to convince the rebels to sign. These ‘rebels’ constitute three armed groups in Darfur and the opposition party — the National Umma Party (NUP) — who both refused to ink the declaration of principles. The agreement was for peace and democratic reforms and was brokered by the AfricanUnion High-Level Implementation Panel (AUHIP) and its Chairman, former South African president Thabo Mbeki.

The African Union and the United Nations had already called on the opposition groups to sign the roadmap. The European Union, in turn, issued a statement welcoming the Sudanese Roadmap Agreement saying it was “an important achievement in the pursuit of peace in Sudan and in laying the foundation for an inclusive and comprehensive national consultation”. It further expressed its conviction that the roadmap offered a framework for a parallel political dialogue that would, in time, incorporate all parties in Sudan: “The EU looks to the remaining participants of the Addis meeting to fully engage in this process. Good faith on the part of all parties will be essential to progress.”

The statement further called on the warring parties to stop the fighting and extend a unilateral cessation of hostilities declared last year: “This would foster greater confidence among all the parties, give time to lay the ground rules for detailed negotiations and reinforce the efforts led by the AUHIP, supported by the European Union, to incorporate all political parties, movements and civil society into this vital political process.”
There have been many attempts at talks between South Sudan and Sudan but things took a decisive turn for the better in 2016. President Omar Hasan Ahmad al-Bashir, ordered the opening of the border between the two states in January 2016 for the first time since the succession in 2011. It came about after President al-Bashir agreed to cut the transit fees for South Sudanese oil crossing Sudan’s territory via pipeline to the Red Sea a week earlier.
In 2015, the Government of Sudan suggested that the UK and Sudan institute a regular dialogue to further strengthen ties, and this has been met by the UK with enthusiasm. And so a strategic dialogue is underway between the UK and Sudan, which hit a highpoint in March 2016 when the Africa Director at the UK Foreign and Commonwealth Office, Neil Wigan, visited Khartoum and met with the Minister of Foreign Affairs, HE Professor Ibrahim Ghandour, and other Sudanese officials. UK-Sudan bilateral relations were discussed, as were an array of internal issues, which Mr Wigan summed up as “frank and constructive exchanges”.

Mr Wigan said, “The energy and creativity I observed give me hope that Sudan’s future can be a bright one. […] I am confident that our bilateral relations have a positive future. We agreed on the need to advance cooperation in areas of mutual interest, while increasing dialogue in those areas where we do not always see eye to eye. […] I look forward to the next round.”

The British Ambassador, Michael Aron, added: “The people of the UK and Sudan have a long history of close relations. It’s my desire that this is also reflected in the relationship between our governments.” A further round of talks is expected to take place in 2016-2017.